As the number of people playing video games grows, so does the appetite to create more immersive games. Blockbusting games not only look more realistic, but increasingly aim to make the player feel part of the virtual world, whether through technology, such as cutting-edge graphics and virtual reality headsets, or through a believable setting. But this immersion raises questions about what constitutes responsible video gaming.

Historically, games have lagged behind books, films and TV in exploring social issues and telling stories from under-represented perspectives. But with a wider audience than ever before, do developers have a growing responsibility to explore real-life struggles, such as racism, sexism or mental illness?

Developers agree that more discussion of societal issues can only be a good thing. For example, Emily Mitchell, whose game Fractured Mind draws on her own experiences living with anxiety, says more discussion of mental health would remove stigma from mental illness and help those who suffer in silence. But developers disagree about the extent of their responsibilities to tackle difficult topics.

Football Manager developer Sports Interactive supports charities, such as Kick it Out and War Child, and footballers in the video game can come out as gay. Studio director Miles Jacobson says he’s pleased more and more games focus on perspectives of under-represented groups, but when asked about the possibility of exploring some of those perspectives in Football Manager, such as a black player who is racially abused, he pushes back.

“We’re not going to put racist abuse in the game, because for one it would change our age rating and secondly we don’t believe it has a place in society,” he says, adding it’s not his place to make political statements. No gamemaker has a responsibility to talk about societal issues; it’s for them to decide what their games are about, Mr Jacobson insists.

Meghan Dennis, lead for the Women in Games project, takes a different stance to responsible video gaming. As audiences grow, developers have a responsibility to “produce something that looks at the world through an ethical lens”, she says. For example, the industry needs a step-change in the way it portrays women. Typically, female characters are “relegated to the background, to be used as impetus for why the male protagonist has to get revenge”. If the main character is female, she’s never simply strong; she’s nearly always “damaged” in some way, says Dr Dennis.

Once the industry is more mature in the way it portrays women, she sees scope to explore complex issues, such as the gender pay gap or the way women are treated in the workplace. “It doesn’t require us to make games that are specifically about the gender pay gap, but it could be in these games,” she says.

Independent developer Rami Ismail is optimistic about changing attitudes in the industry. He says developers at both large and small companies care about representation of minority groups and are keen for their games to touch as many people as possible.

He would like to see the experiences of ethnic minorities represented in more detail, but like Dr Dennis argues it doesn’t have to be a game’s focus. “I’m very hopeful that kind of representation will exist in the future, not as explicit as ‘this is a game about an Arab guy living in the Netherlands’, like me. It’s more ‘here’s how it feels to be eyed suspiciously in a space’. I think that’s way more interesting and I think we’ll see a lot more of that,” says Mr Ismail.

All are in agreement that now is a better time than ever to talk about societal issues in games. White Paper Games, for example, has made Ether One, a game about dementia, and The Occupation, which takes place after a terrorist attack that leads to the deportation of immigrants and mass surveillance.

Pete Bottomley, White Paper Games’ co-founder, agrees with Mr Jacobsen that developers don’t have a responsibility to tackle societal issues. “There’s a time and place for different experiences”, he says, adding that improving technology could encourage more studios to do so, however.

Mr Bottomley points to Google Stadia, a new service that allows players to stream games, rather than download them. “If you create games on a much smaller, faster scale, you could pursue single character arcs and shorter stories,” he says. “That would really open up the conversation for different explorations of particular viewpoints.”

There will inevitably be barriers to progress. Dr Dennis says recruiting women, in particular women from ethnic minorities, remains a struggle. Likewise, some companies require a culture shift for minority groups to reach decision-making positions, she says.

Mr Ismail says developers’ biggest responsibility is not to ensure diversity in games, that’s a given, but to protect developers from minority groups and the backlash of sections of the gaming audience, who dislike the idea of politics in games.

This shouldn’t deter studios, but they should know they’re in for a fight. “The pushback on these games being political shows such things aren’t normal yet and for that reason are worth fighting for,” he concludes. 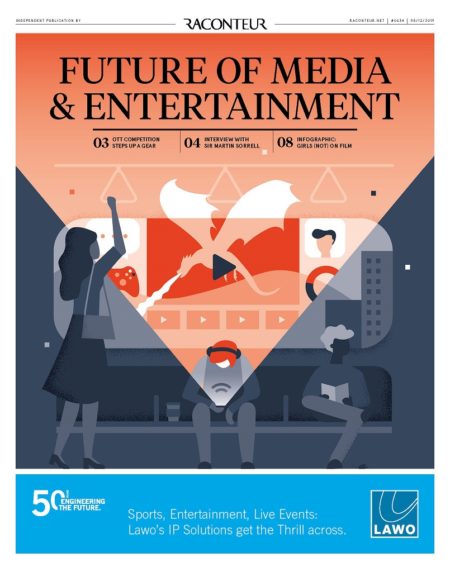