It’s a working morning, you get a coffee on the go and you’re already making progress on the day’s first task when an alert toggles your attention to an email client. You flag it, reply to another and quickly check Twitter before answering a WhatsApp message, all the while getting further away from the original task. Sound familiar?

If it does then microtasking is a work process that could make you more resilient to the interruptions highlighted by a UC Irvine study, which found that workflow in a modern office is disrupted every 11 minutes. That may not sound very much, but when you consider the research also revealed the fallout of such disruption is a 25-minute lull in productivity, the impact on workload becomes clear.

Microtasking is a process whereby manageable pieces of work are effortlessly embedded into those habits that chip away at our daily attention span.

Jaime Teevan, chief scientist for experiences and devices at Microsoft Research, calls them “micromoments”, the rest of us would probably call them social media rabbit holes. 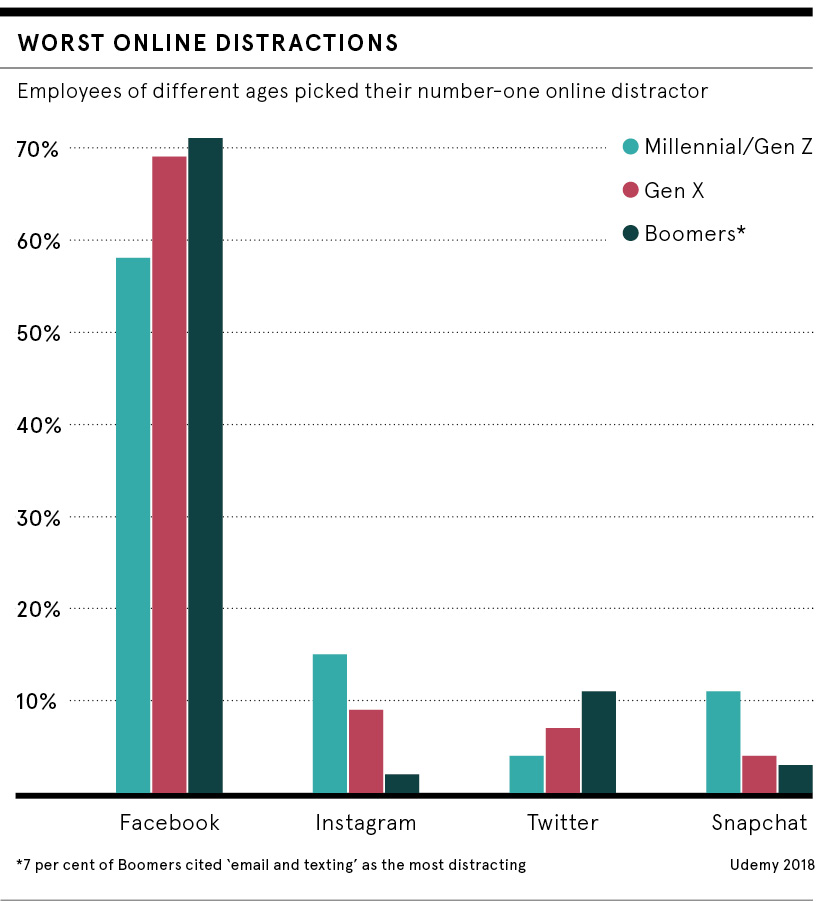 “The idea behind casual microtasking is that tasks are made available to people in a passive way during those moments that are generally too small for larger, complex tasks,” explains Dr Teevan, who leads a team that adapted an existing microtasking tool so it channelled document-editing microtasks from Word into a user’s Facebook feed.

The tool was calibrated to offer up a task every 2,000 pixels of scrolling and they discovered that when casual microtasking was incorporated into those moments, when we’re distracted by other tech platforms, incremental progress on larger tasks could be achieved.

“We also found that about 20 per cent of the time, engaging with the microtasks resulted in people opening up the corresponding Word document,” adds Dr Teevan, “distracting people away from their distraction, so to speak.”

The team prefix their concept with the word “casual” to differentiate it from the current understanding of microtasking that has been co-opted into the gig economy via platforms such as Amazon Mechanical Turk.

“While both are structurally similar, designed to be completed in a few seconds, the key differences are in how people interact with them,” says Dr Teevan. “Casual microtasks are inherently passive by design, people can choose to engage with them or ignore them and the microtasks that are presented are the users’ own tasks.”

Why do we procrastinate?

To understand why casual microtasking could have far-reaching implications for productivity, we need to look briefly at the behaviour that causes procrastination.

“We procrastinate because of that momentary relief we feel, which is what makes the cycle especially vicious,” says Dr Fuschia Sirois, professor of psychology at the University of Sheffield. “Add to this the instant gratification of social media and you’re actually being rewarded for being distracted, so we keep doing it.”

Casual microtasking seems to be so effective because it works within this habit loop of procrastination, rather than fight against it like many of the other touted “productivity hacks”.

Microsoft now plans to extend its research by embedding microtasks into Word itself so as you’re working, you will be able to identify snags in a task and flag them, using email to carry individual tasks to your or a colleague’s inbox to be completed when you have another micromoment in your day.

Tasks are made available to people in a passive way during those moments that are generally too small for larger, complex tasks

Artificial intelligence (AI) is driving this further sophistication of microtasking and is crucial in its development towards a meaningful way of working.

“For microtasking to work, you need to be able to piecemeal a project, to break it down into bite-size pieces in the first place. This is called decomposition,” says Walter Lasecki, director of the Crowds and Machines Lab at the University of Michigan. “AI will be able to analyse the work you’re doing and then break it into a to-do list of microtasks for you.”

All work projects logically break down into a series of sub tasks and AI can be harnessed to do this based on past projects and a worker’s preferences. It could even begin to send you a certain type of microtask at a particular time during the working day when it has established you are at your most creative or when your concentration levels are at their highest.

The question that remains is whether all this microproductivity will have any consequences for engaging with a task on a macro level. What are the dangers of being conditioned to think small when what’s needed is to think big and doggedly stay with a task until its conclusion?

“Email, Twitter, WhatsApp, all these distractions still demand our attention, which means it’s not attention that’s the problem. It’s not a finite resource. What we’ve found is that it’s prolonged attention to one outcome that limits performance, and the way to stay focused is by deactivating and reactivating your goals.”

This insight into how our brains process information actually strengthens the case for casual microtasking as a futureproof way of getting work tasks over the line in the face of overwhelming distractions. It appears that to work smarter, you need to work smaller. 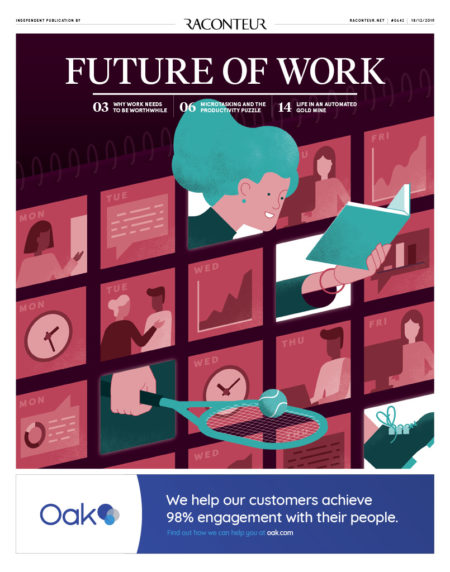