A few years before the events that took place in the early hours of June 14, 2017, fire-resistant zinc cladding was approved by residents for installation as part of the Grenfell Tower refurbishment. This was later swapped for cheaper, aluminium panels to cut costs by around £300,000.

Six weeks after the Grenfell Tower fire, tests conducted by the Building Research Establishment found that at least 82 residential multi-occupancy buildings used a combination of cladding and insulation that didn’t meet the fire safety standards at the time.

Dame Judith Hackitt, who led an independent inquiry into building regulations following the Grenfell fire, released a report in May 2018 in which she concluded that ignorance had led to a “race to the bottom”. She called for “a radical rethink” of building safety practices.

Has progress been made after Grenfell Tower?

“The public may perceive progress and change to have been slow, but the issues are complex and need to be considered carefully or we risk causing further problems,” says Jeffrey Tribich, lead health and safety consultant at Malcolm Hollis, one of the UK’s largest independent building consultancies.

Mr Tribich believes that it’s going to take widespread legislative overhaul to force through all the complex and comprehensive health and safety changes that the construction industry should have in place. Yet there have been some promising signs, he adds.

The Construction Industry Council has been looking into construction professionals’ fire safety competence, as well as a fire protocol for use with building contracts. Meanwhile, in response to Dame Hackitt’s report, the Royal Institute of British Architects launched its Plan of Work for Fire Safety last September. It will act as a resource for design and construction teams to help them clarify roles, responsibilities and procedures for fire safety in new buildings.

At the United Nations in Geneva, in July 2018, the Royal Institute of Chartered Surveyors joined other organisations from around the world to launch the International Fire Safety Standards Coalition. The aim is to pave the way for a global set of fire safety standards.

Most significant of all, though, is arguably the government ban on using combustible cladding on new high-rise construction projects. It came into force at the end of last December, 18 months after the fire.

Are the guidelines clear enough?

Despite the government taking a crucial step towards reforming construction regulations, it still faced criticism from some quarters; the issue being that the new guidance wasn’t specific enough.

It was assumed that it only applies to new residential blocks, as well as student accommodation, hospitals and care homes, that are 18 metres or higher. The other assumption was that it applied just to the insulation on the outside of buildings and not to the exterior of the cladding.

In response to this, the government has since moved to clarify its position. In July, it advised building control officers to check the cladding on buildings under 18 metres. It has also urged building owners to remove any combustible materials from balconies, regardless of height.

“This clarity is welcome, but we have already seen the impact of the previously unclear regulations,” says Chris Farrow, director of design-led structural and civil engineering consultancy Farrow Walsh.

“The broad-brush approach taken to the materials used on high-rise developments is compounded by insurance companies increasing premiums for consultants working on buildings over a certain number of storeys. The implications of this on the cost of projects, and to firms seeking to secure insurance on materials, is having a significant impact on small and medium-sized construction and engineering businesses.”

Nevertheless, Mr Farrow stresses that there has been increased scrutiny placed on both residential and commercial tower blocks post-Grenfell. This is particularly noticeable in the elements of a building that, although not always seen, are critical to its structure’s fire safety, including airtightness and, more prominently, thermal insulation, he says.

In May, the government announced that it would foot the £200-million bill to replace Grenfell-type cladding on more than 150 private high-rise blocks of flats.

What else need to be addressed?

While much of conversation over the last couple of years has been about improving regulations to reduce the risk of fire, Grenfell has also put the spotlight on the need for laws to reduce overheating risks in new buildings.

There are 7,000 heat-related deaths in the UK every year and the Committee on Climate Change has been calling for building regulations to be updated for several years. The government has previously rejected the organisation’s advice.

Modular housing, in particular, has come under scrutiny. Last July, the Commons Environmental Audit Committee called on the government to stop funding “hothouse” modular homes, deeming them to be poorly constructed and expensive to heat. In response, industry experts argued that there’s no correlation between a home being modular and the building’s performance.

“The idea that modular homes are prone to overheating is overplayed. Of course, overheating can be a problem in urban areas, where there are denser developments, more people and the urban heat-island effect is in full swing. But this isn’t an issue specifically related to modular homes,” argues Dave Sheridan, executive chairman of modular housebuilder Ilke Homes.

Mr Sheridan adds that by manufacturing each home in a controlled factory environment, the level of insulation and airtightness of these buildings will exceed the necessary requirements.

Another issue that needs to be taken into consideration is the responsibility of the end-user. According to research by fire-resistant technology firm Zeroignition, one in four architects (26 per cent) consider the end-user to be the root cause of fire protection failure.

Ian King, Zeroignition’s chief operating officer, says that few occupants consider the risks of the building they’re living or working in. This is something that needs addressing so they’re aware of any preventative measures they can take to prevent another Grenfell Tower fire. 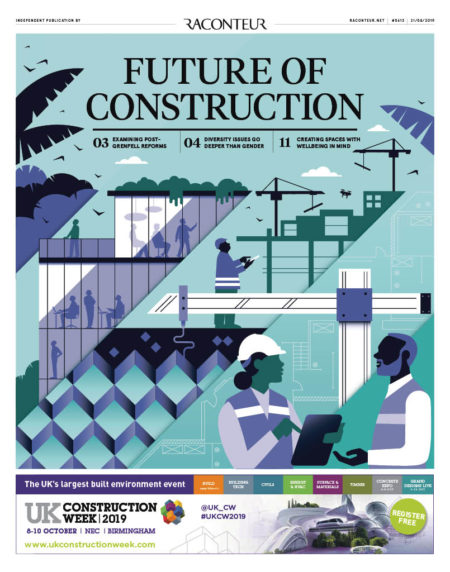