The UK’s referendum vote to leave the European Union in June has impacted every major industry, resulting in both short-term repercussions and speculation over longer-term ramifications. While “uncertainty” may still be the best word to describe the situation, Brexit is only one of many factors weighing on the future of the industry, and how that future plays out will depend on how hotel operators and consumers respond.

UK and London lead in Europe

The hospitality industry has become a crucial pillar of the UK’s economy, accounting for almost 4 per cent of gross domestic product and 9 per cent of the total workforce, according to Oxford Economics. Low seasonality and a strong mix of business and leisure demand enable the country’s hotels to maintain consistently higher occupancy levels and average daily rates (ADRs) than those in most European countries.

Hotel operators have also been able to translate these higher revenues into higher profits. In 2015, UK hotels recorded a gross operating profit per available room (GOPPAR) of £59 per day at a profit margin of 39 per cent, which is considerably higher than that of other European countries.

London performs well ahead of other European capitals, reaching a GOPPAR of €147 in 2015 and the highest profit margin at 47 per cent. Paris actually achieves higher revenues, but its higher labour costs reduce the French capital’s profit margins to 29 per cent.

These high revenues and profits in London and elsewhere in the UK have made this one of the most attractive hotel markets for investment in Europe, leading to a supply growth of new properties and rooms at 2 and 3 per cent per annum respectively over the last five years. 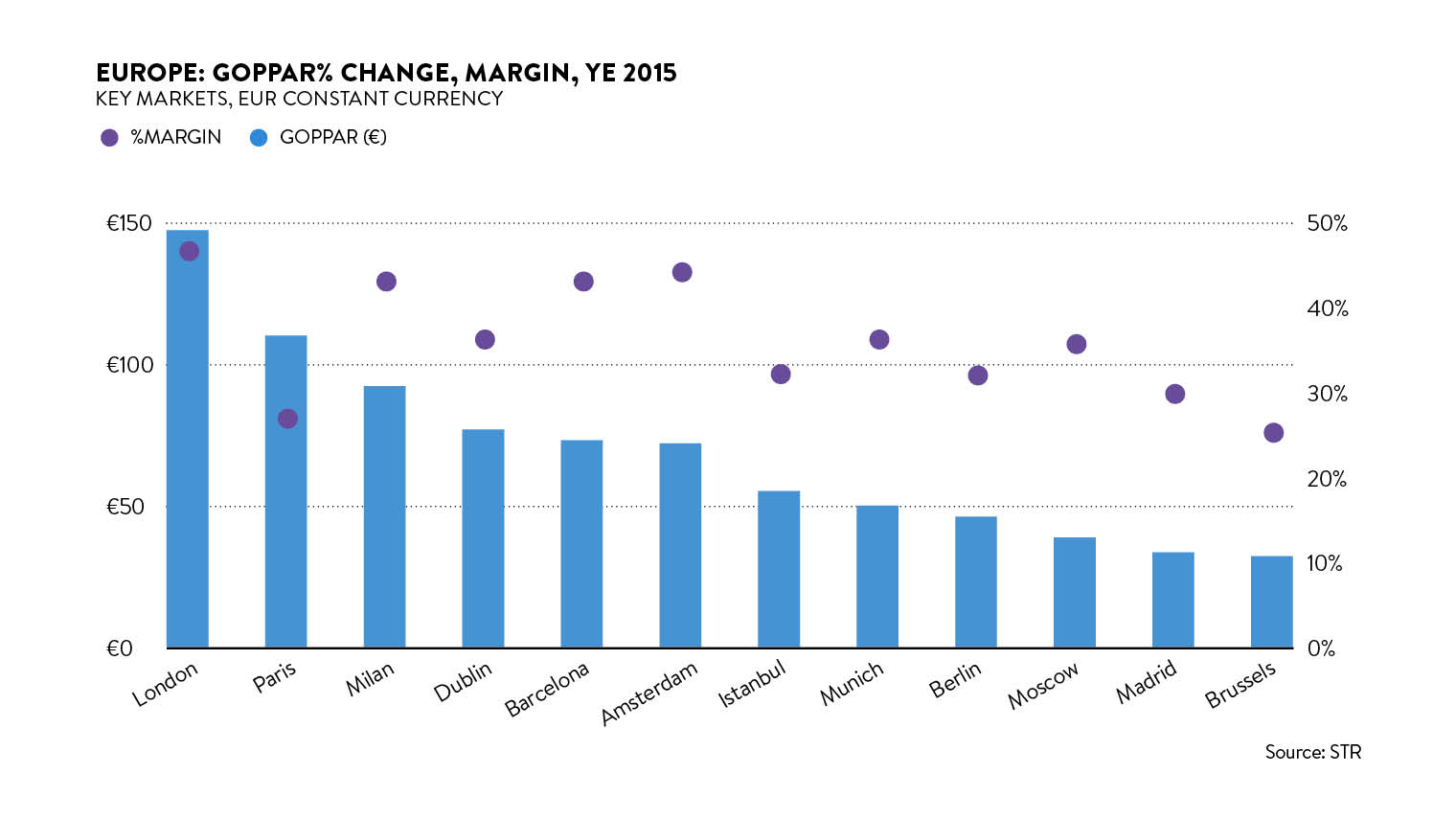 London has enjoyed many years of stellar performance since the financial crisis, growing revenue per available room (RevPAR) by 30 per cent between 2009 and 2015. For 2016, performance has declined as ongoing security concerns throughout Europe have caused hotel demand to fall while supply continues to grow, resulting in a 4 per cent drop in RevPAR for the first half of the year.

Performance results following the referendum have been surprising. July was actually the first month of 2016 that the capital posted RevPAR growth, albeit largely due to a series of major events. For example, daily data on July 10, the day that Wimbledon ended and the Farnborough Airshow began, shows that London’s year-on-year occupancy rate increased by 12 per cent to 84 per cent. 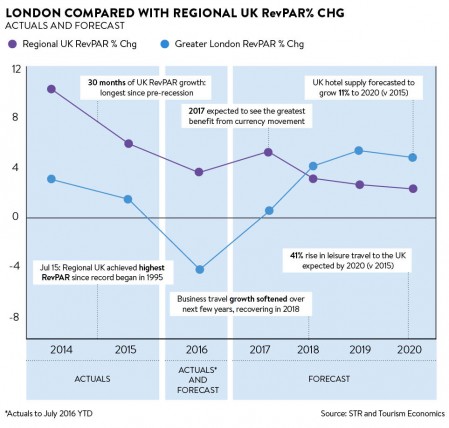 Hotels across the rest of the country had stronger momentum going into the referendum, recording a RevPAR growth of 2 per cent for the first half of 2016. This continued into July, which showed the highest monthly occupancy rates (84 per cent) and ADR (£74) for regional hotels since 1995 when STR’s UK records began. The increase was largely driven by leisure travel, which resulted in RevPAR rising by 7 per cent on weekends and 3 per cent on weekdays.

Although July data does not indicate that the referendum has had a major impact on the UK’s hotel performance in the short term, preliminary data for August reveals that London’s occupancy and ADR both fell by 1 per cent. Growth in the UK regions remains strong overall though, with a RevPAR boost of 4 per cent to £57 in August.

Looking beyond the immediate months following the referendum, sterling’s drop in value is a key driver impacting the UK’s hotel industry. The weakening of the pound against other major currencies has made the country a more attractive destination pricewise for foreign visitors. This should benefit London in particular, as travellers from the United States, London’s biggest inbound market, now have a healthy 10 per cent discount on their travel.

It should also benefit hotels outside the capital through a resurgence in “staycations” as foreign travel becomes more expensive. This trend was seen during the early years of the global financial crisis, which was the last time the pound weakened significantly.
But not all demand is created equal. While leisure travel may grow, business travel, the more profitable segment, is likely to come under pressure. There is a strong link between hotel performance and wider economic performance, and although economic forecasts are proving not to be as severe as initially feared, they are certainly still down.

For regional hotels, assuming the economy does not deteriorate beyond consensus forecast, RevPAR should climb to 4 per cent growth by the end of 2016 and rise again to 5 per cent in 2017. The strongest demand growth between now and the end of 2017 is likely to be seen in Edinburgh, Manchester and Birmingham, with annual ADR increasing just under 3 per cent for the regions. 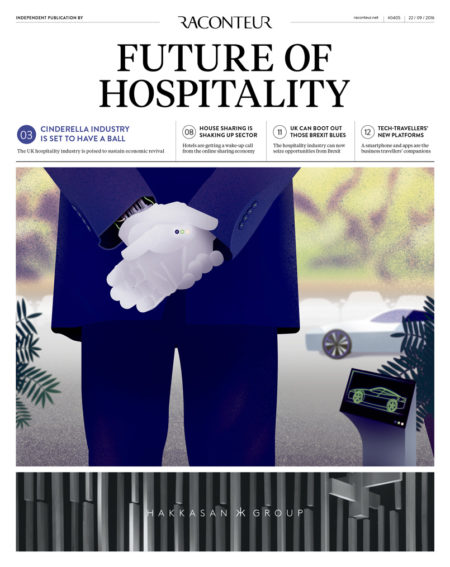