Bright outlook for business in the cloud

Despite the internet, text messaging and e-mail, business still relies both on face-to-face meetings and the phone call; BT’s financial results show the fixed-line telephone is not going away.

What is changing, though, is the way the phone on the desk works. These days, a phone on an office desk is increasingly likely to be internet-connected, using voice-over-internet-protocol (VoIP) systems to link via an internal exchange (PBX) to their end-point.

But given this, the question arises why have a physical PBX at all? Wouldn’t it be easier to send the IP or internet protocol traffic directly to the phones, since they have internet addresses? This is the initial thinking behind UCaaS, unified communications as a service.

However, the concept can go much further, aiming to provide a cloud-based service to handle all sorts of communications, including telephony, audio and video-conferencing, and on-site video. Sometimes, it also includes the services that surround or complement those communications, including e-mail, data storage, and network provision and security.

Moving away from on-premise use

The research group Gartner sees a bright and busy future for UCaaS from end-user spending of about $11.9 billion on cloud-based services in 2016, for 127 million people worldwide, it foresees a market of $20.6 billion in 2020, with 225 million users.

These extra users will have come as existing companies migrate from on-premise PBX systems, replacing the capital expenditure of the physical object with operational spending on the cloud-based service. On-premise user numbers will still outweigh UCaaS users, by 371 million to 225 million, on Gartner’s calculations, but the trend is strongly away from on-premise use.

In many cases, the only brake on adoption will be due to licences on the local PBX, but the older such systems get, the less incentive there is to renew or extend the licence, opening the way for wholesale replacement or removal. 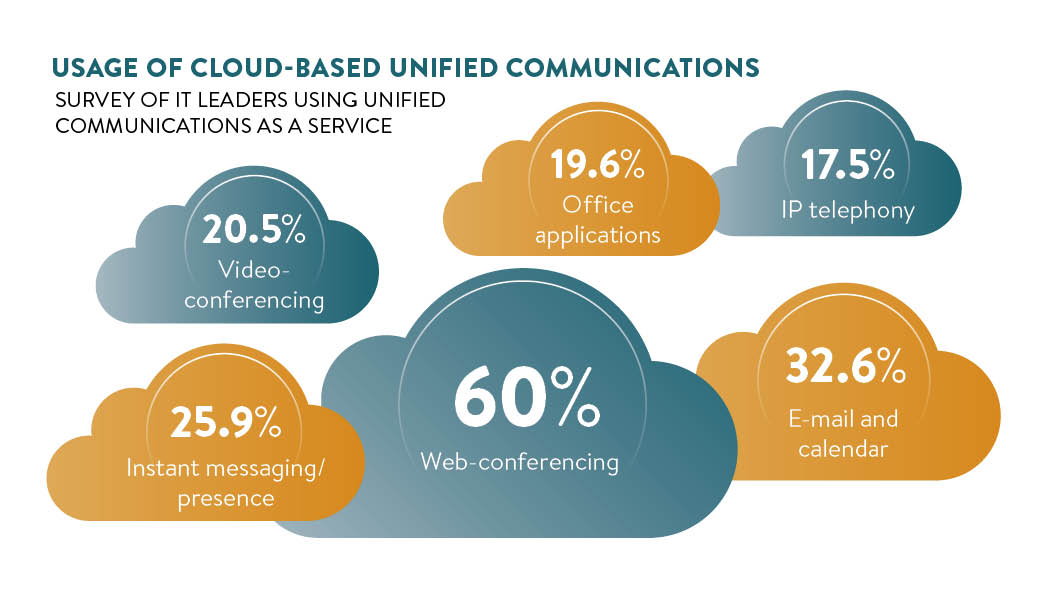 All the technological changes required for UCaaS to be possible happened some time ago, explains Bern Elliot, Gartner vice president, who studies unified communications and collaboration. First there was the capability to run VoIP effectively, which happened in about 2000. Then there was virtualisation, enabling multiple independent systems to run inside a single server, around 2006. With that, UCaaS became feasible.

All that was then needed was the shift in business culture to accept the idea of using cloud services rather than on-premise ones. Once that began happening for e-mail, document storage and processing in the past couple of years, it was only a matter of time before telephony and other communications services followed.

The contest for UCaaS contracts will come from a mix of well-known mega-vendors, such as Google and Microsoft, competing against smaller, best-of-breed companies which specialise in the field, such as Avaya, RingCentral and Mitel.

Gartner reckons there will be strong adoption of cloud telephony, reaching 41 per cent of small and medium-sized businesses (SMBs) by 2020 due to budget constraints and the strain on companies’ IT staffing. For large organisations, the rise will be from 3 to 11 per cent in the same period.

A key reason for this disparity is the different demands of smaller companies compared with big ones. Small businesses tend not to need video-conferencing solutions and have few locations that need to be tied together.

The low reliance on corporate video – Gartner puts the demand at around 1 per cent of SMBs even by 2020 and says only 10 per cent of mid-size businesses will ever adopt it – means the process of shifting to off-premise systems is far simpler; there are fewer systems to integrate. In many cases, staff are likely to use ad-hoc video systems, such as Apple’s Facetime or Microsoft’s Skype, to get the job done more simply.

This means the shift from a physical PBX to a cloud-based internet service effectively becomes one that shifts from capital to operational expenditure, and tends to be both cheaper and easier to scale.

Growing or shrinking the number of people served and the capability provided is simply a matter of adding licences on a remote server and connecting specialised phones to Ethernet jacks, rather than wiring up or removing phone lines separate from the internet connection. The handsets will typically use VPN (virtual private network) technology, which means the voice data is encrypted within the system.

Even with the difference in operating cost, as the complexity of business grows while the need for connectivity rises, a cloud-based system becomes increasingly attractive

There are provisos as the lower-cost nature of UCaaS can mean in turn that vendors and resellers are working on comparatively thin margins to begin with, and so ongoing licences need to be studied for built-in extra costs. Indeed, it can cost two to three times more in operating spending for a UCaaS system than the amortised capital spend for an on-premise system.

But there are savings elsewhere, including reduced maintenance contracts for the PBX and no need for internal staff looking after the telephony infrastructure. “We calculate that for an organisation of fewer than 3,000 people, cloud solutions are less expensive,” says Mr Elliot at Gartner. “For those between 3,000 and 10,000 people, the economies of scale are there.” He points out though that there are exceptions. A government agency, for example, will want to retain tight control of its telephony and won’t trust its running to the cloud.

“The way I explain it is that if you have an IT staff of, say, 20 people then they can handle about 20 projects a year,” Mr Elliot explains. “Do you really want one of those to be your phone and communications? Maybe if you’re a hospital, but if you’re a consultancy where most of your people aren’t even in the office, why would you?”

Even with the difference in operating cost, as the complexity of business grows while the need for connectivity rises, especially for mobile users, who can be served the same function with an app, a cloud-based system becomes increasingly attractive.

But looking forward, there could be even bigger changes on the horizon. Younger workers in businesses are less and less familiar with fixed-line desk phones; they’ve grown up with smartphones, which can do voice calls as well as video and VoIP from multiple services. In time, UCaaS could simply be an app on a smartphone.

“We’re already seeing that our mobiles can embed enterprise communications,” says Mr Elliot. “The switchboard becomes an app on the mobile phone too. I’ve seen this done in France – the company bought mobile phones and broadband, no PSTN [public switched telephone network]. Everyone was accessible via an app on their smartphone, even the receptionist; so they could be in the café and still be routing calls as they came in.” 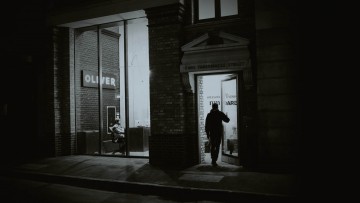 OLIVER is a marketing company headquartered in London, but it would be a bad thing if all its staff were in the office. Its business model is to provide marketing specialists, who go and work inside companies to create specific campaigns tailored to those clients, such as Starbucks and the Post Office.

But they remain employees of OLIVER and need to stay in touch with the central hub, ideally without racking up phone bills for their clients. After speaking to 6 Degrees, a specialist reseller for Avaya, OLIVER’s IT manager Rob Smith decided to go for a UCaaS system to replace its existing PBX, which only functioned inside its headquarters.

“With our on-site system, we were pretty much restricted to communicating via e-mail with the people in the satellite agencies,” Mr Smith explains. “Now, each user in the satellite agency has a desk phone which connects to the internet and has a built-in VPN [virtual private network, encrypting communications to and from the end-point] to the cloud-hosted PBX.”

There’s also an app for iPhones, if needed, and a “softphone” app for PCs, so there are multiple ways to use the system. And implementation was surprisingly quick. “We were able to set up the handsets before rollout for about 300 people in around a dozen locations. But then it was literally a swap from using the old system on Friday to the new one on the Monday,” says Mr Smith.

Another advantage is it works out cheaper than the old physical PBX and can be scaled up around the world – the company is already looking to roll it out to its New York offices.