In the face of Brexit-fuelled division, businesses are now the centre ground with the commercial incentive to build inclusive cultures that can protect their brands and talent 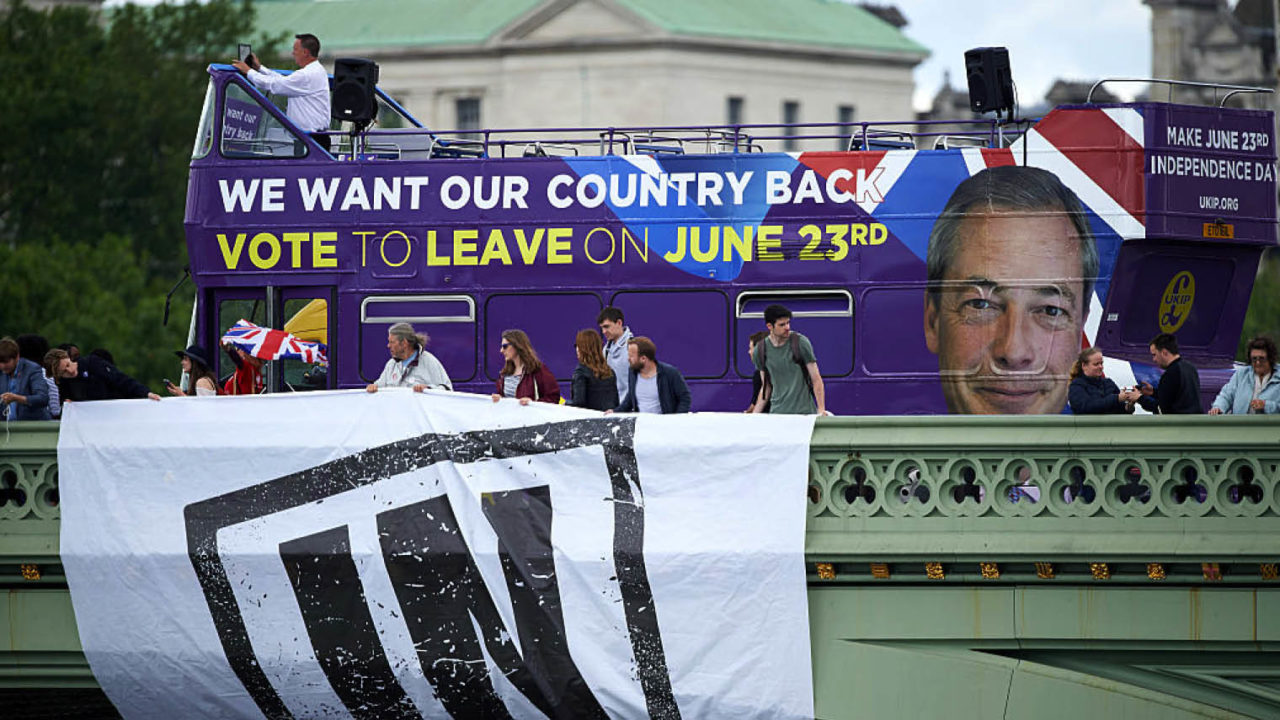 Whatever your view on the decision to leave the European Union, the vote itself was polarising, turning a complex set of issues and perspectives into a binary decision. The resultant political change, rather than being a steadying measure and counterweight to polarisation, has actually exacerbated it.

Since the Brexit vote, reported incidents of xenophobia have increased across Britain. The negative noise around Brexit has the potential not only to harm diversity, but also to damage the business case for difference in the first place.

The economy is perhaps the key determinant of social cohesion. Less diversity in the UK workforce could result in even lower productivity, lower resilience to shocks and higher exposure to risk. We know from history what can happen when markets crash. The pound has plunged to its lowest level in more than 30 years. During Theresa May’s recent Conservative Party conference speech it depreciated further minute by minute, line by line, as a “hard” Brexit was articulated.

The business of Brexit

The Chartered Institute of Personnel and Development found 57 per cent of employers have concerns that Brexit will significantly weaken their ability to acquire and retain skilled employees. The argument of the leavers is that British workers can now take these jobs. But this like-for-like substitution is grossly simplistic, ignoring different skillsets, geographical locations and proclivities actually to undertake the work.

In this sense the vote has not only damaged Britain’s reputation as a good home to overseas workers, it could signal regression in our former progress towards more multicultural workplaces. James O’Brien, the LBC radio presenter, compares new home secretary Amber Rudd’s speech with lines from Adolf Hitler’s book.  “If you’re going to have a sharp line of distinction between people born here and people who just work here, you’re enacting chapter two of Mein Kampf. Strange times,” says Mr O’Brien. 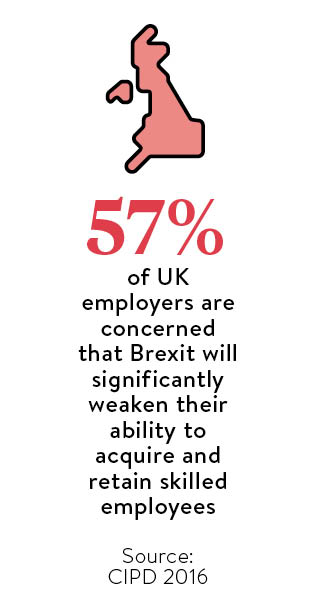 In one sense, the whole process of recruitment is a process of discrimination. We reject those we find unattractive, who we don’t want to associate with, people who will lower our brand or status. But Brexit has come at a time when more than ever an organisation’s recruitment efforts need to be focused on gaining the additional competitive advantage that comes from a different perspective, different thought or different background.

We also tend to recruit in our own image. Our natural tendency is to recruit people like us because they are the ones that “get it”. In this sense, Brexit simply indulges our pre-existing unconscious biases. It allows us a false sense of security, comfort in being around people like us.

If we don’t create and nurture a culture where an inclusive and diverse workforce is viewed in a positive light, then the business benefits of diversity simply won’t follow. The way the campaign was run, and the way it is still being conducted, is perhaps most harmful of all.

A close vote has given fuel to the forces of extremism – once fringe views are now acquiring mainstream status. To be clear, the threat to diversity comes not just from the leavers – social harm is also being inflicted by remainers too.  Extreme leavers castigate remainers as a “metropolitan liberal elite” out of touch with daily life for most people. Extreme remainers query the intelligence of the leavers and whether they should have even had the right to vote on such an important topic.

The shock result has refocused attention on diversity, including widening rates of inequality in Britain. We are reminded that segregation is the default position and multiculturalism actually has to be built – it doesn’t just happen.

Whatever your views on Brexit, it is clear that inclusive policies are now required if we are not to implode

The vote realigned party and social allegiances. Both bankers and teachers voted to remain.  Both elderly rich rural dwellers and young poor urban citizens voted to leave. In that sense it redefined party politics and reawakened civic interest.

Diversity and inclusion have now moved up the agenda. What were once fringe topics, seen as a sub-set of human resources, are now acquiring front-page status, and becoming a standing agenda item in many boardrooms and executive committees.

This new prominence is largely a result of a now burning platform for action. Whatever your views on Brexit, the US election or the European refugee crisis, it is clear that inclusive policies are now required if we are not to implode.

Empathy is required on both sides of the debate. It may be a bitter pill to swallow for left-wingers to contemplate empathy for Trump supporters and for Brexiteers to empathise with immigrants, but that is now what is sorely needed.

Businesses are the new centre ground. They have the commercial incentive to build inclusive cultures that will help them protect not just their brands, but also their talent. They need to implement two work streams.

First, they need to redesign their systems and processes such as recruitment, promotion and marketing. Regardless of individual world view, people can act more inclusively by default through using nudges and behavioural economics to influence behaviour. For example, hiring teams, over individuals, can result in a more meritocratic and more diverse cohort.

Second, they need to embed inclusive leadership as a standard leadership competency. For example, leaders need to be aware of their in and out groups, and actively diversify the circles they move in and recruit from.

This is serious. Organisations such as Barclays, Deloitte and Tesco Bank have multicultural networks as one of their major strands of diversity. Doing nothing is not an option, unless we are willing to sit passively as segregation strengthens before us.

What’s required now is leadership, a better articulation of the benefits of difference, a rediscovery of the difference all around us and then the gumption to take advantage of it.