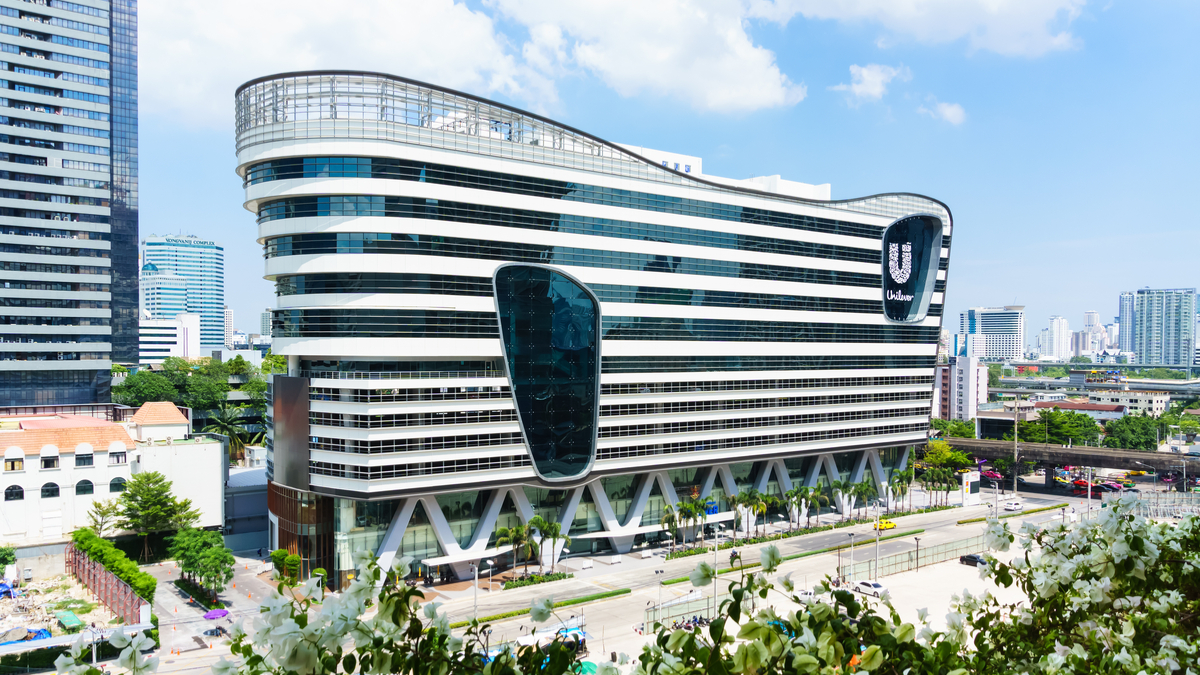 When it comes to customer service, the last few years have been the age of the startup. The agile David has been running circles around the slow-moving Goliath of big business and swiping market share.

Innovative, nascent rebel firms have been setting consumer expectations high and large, incumbent empire-like corporations have been struggling to keep up, with their legacy technology and stuffy culture, whether it’s in consumer goods or financial services, accommodation or retail. But the war over customers is turning. Big enterprise is striking back.

“The last three years have seen a rapid learning curve for big business. What started as fear of the startup community has now turned into a sincere desire to collaborate with them,” explains Scott Campbell, director of Deloitte’s ventures team.

If you can’t beat or emulate them, just buy or join them is the latest mantra. In fact, more than half of the world’s top 500 largest companies now work directly with startups, according to research from OpenAxel, an EU-funded project, with European large businesses particularly active.

There is increasing realisation that the behemoths of business need to suck up the high energy and vitality of startups, which already provide customer service in better, more innovative ways.

Big enterprises are striking back by building their own in-house lab teams, or collaboratories, to build proof of concepts in partnership or mimick startups

The cause célèbre is that large companies are less productive than they were a decade ago. Lacking agility and innovation, they are encumbered by processes, older tech, IT cost-constraints and rising security concerns, according to a report commissioned by Samsung.

“The average company loses about one quarter of its productive output due to such organisational drag; this is equivalent to the loss of $3 trillion a year in the US alone,” explains Phil Lander, head of business to business at Samsung Europe.

Big enterprises are striking back by building their own in-house lab teams, or collaboratories, to build proof of concepts in partnership or mimick startups. For instance, Barclays Accelerator focuses on fintech, while Tesco Labs lays on 24-hour hackathons. The good news is that many are set on reimagining the customer experience.

“It’s not a case of David or Goliath. It’s a case of David and Goliath. A healthy economy includes a blend of the two. Big corporates should be supporting high-potential and innovative startups to scale up, as this could be the impetus that the UK needs to shake off low productivity and drive growth,” says Mr Campbell. 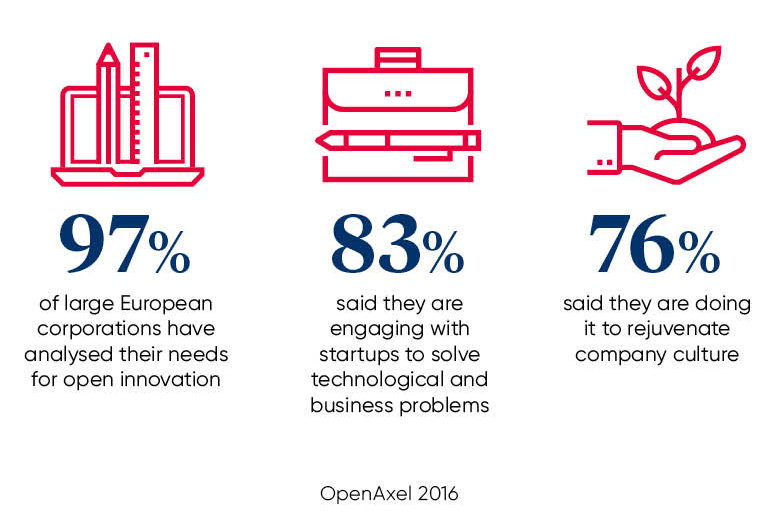 It’s one reason why Unilever bought US startup Dollar Shave Club for a remarkable $1 billion a year ago. Many others have since been gobbled up by large corporates. Aviva’s recent acquisition of Wealthify, a low-cost robo-investment service pitched at millennial customers, is another example.

“But even the disruptors are themselves buying in expertise in the form of startups. For example, music-streaming service Spotify bought Mediachain Labs to improve their open-data capabilities.”

Many big businesses are now trying to emulate the startup culture, particularly in the banking and energy industries. It’s an attempt to recreate the conditions that make startups successful. A number of firms are even setting up semi-independent businesses, often under different brands, to serve a new or emerging demographic.

“Copying startups can work. Resources mean big business can outspend smaller competitors in all key areas, particularly marketing. But we are living in an age of authenticity. Consumers will choose smaller, boutique businesses because of what that choice says about them as an individual,” explains Parry Jones, chief operating officer at The Specialist Works.

Yet big enterprise also has a secret weapon in its armory – customer data and lots of it. Large companies now finally realise they’re sitting on a goldmine of information, and are investing in analytics and data startups to obtain valuable insights that can inform product development.

“Having such insight will lead to a new equilibrium across different sectors. Startups will not displace traditional brands; they will co-exist. For example, online shopping will continue to grow in popularity but, equally, we will see large retailers use consumer data to make smarter decisions on the location, size and stock of bricks-and-mortar stores,” says Rohit Garg, head of practice, agile and devops, at Cognizant Digital Engineering, who works with the likes of John Lewis and Barclays.

The biggest changes that large companies need to make are mental and cultural, and this is starting to happen. No amount of process or change management can make up for deeply entrenched company-centric mindsets.

“Some seem to find the transition easier than others. At its worst, people think this transformation can be made with some advertising. At its best, organisations are questioning the value they deliver to people at every single stage of the customer journey,” says Mr Beard.

“Quite simply customers are thinking, if a new company can be this awesome, then why can’t, say, a bank with loads of well-paid bankers and millions of customers get it right and be just as awesome? And they have a point.”

Big enterprise fighting back is best tasted in the financial services sector. Fintech startups, such as Monzo, Curve, TransferWise and Starling, are thriving in a space where incumbent banks have traditionally dominated. The newcomers are focusing on a clearly defined value proposition and flawless digital-first customer experiences.

“As a result, big banks are now reacting to the challenges they face and are investing huge amounts of capital in digital capabilities, such as apps, chatbots, artificial intelligence and APIs [application programming interfaces] to help provide a highly personalised, engaging customer experience,” says Mark Jackson, head of financial services at Collinson Group.

The winner in all of this will be the customers of the future. They are hopefully now being served by a new beast of biblical proportions – nimble and agile giants of industry. There’s a thought.