The defection of a UK-based North Korean diplomat hints at instability in Pyongyang, as the Kim regime’s latest nuclear test ratchets up the pressure in an already tense region 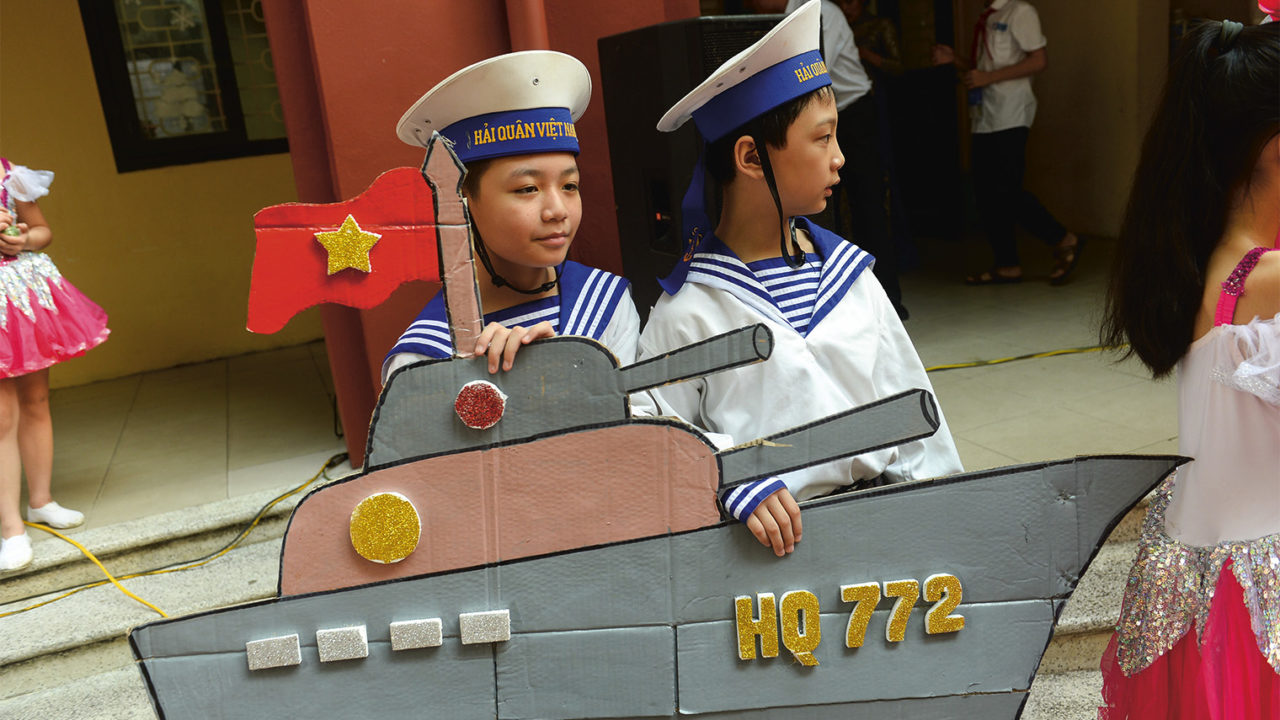 To Pyongyang, he is “human scum”, a fugitive and traitor who has “abandoned the homeland”, but people who know him say that Thae Yong Ho, a senior North Korean diplomat who defected in London in August, was uniquely capable of the cognitive dissonance needed to defend the regime’s brutality and disastrous economic policies while living in the belly of the capitalist beast.

Euan Graham, the former chargé d’affaires at the British embassy in Pyongyang – now the director of the International Security Programme at the Lowy Institute – knew Thae in London, where he was deputy ambassador.

“[Thae] was able to hold very distinct, contradictory thoughts in his mind, in a way that enabled him to survive in that system, by paying obeisance on the one hand to a very outmoded, ideological view of the world – certainly when it came to interacting with the dandruff-ridden, sympathiser, fellow traveller elements in the UK, who would make Jeremy Corbyn look mainstream by comparison,” Graham says.

“But it was clear that it did have an effect that rubbed off over time. That here was an enquiring mind; one that was able to look at the world outside and reflect back on the contradictions, and those contradictions I would guess over time eventually became internally, psychologically unsustainable for him.”

Thae was a protégé of the North Korean foreign minister Ri Yong Ho, and his connections, influence and long experience working overseas also mean that he is likely to have intimate knowledge of Pyongyang’s networks – both legal and illicit – in Europe and beyond. His defection is both an embarrassment for the regime and a coup for intelligence services, who are now, more than ever, looking for points of leverage in the region.

North Korea’s fifth nuclear test, on September 9, its most powerful yet, has rattled the region’s capitals and added a new dimension to the growing tension between the US and China in Asia.

The Pyongyang regime has announced a number of important breakthroughs in military technology this year, not least the ability to miniaturise a nuclear warhead and fix it to a missile, and the ability to fire a missile from a submarine. The country has conducted several missile tests over the sea, one of which landed in Japanese waters. In response, Seoul agreed to host a new US missile defence system battery, the Terminal High Altitude Area Defence system, or THAAD, prompting an angry response from China, which is concerned about any changes to the balance of power in the Korean Peninsula.

The row highlights the complexity of the relationships within the region. China’s rise as an economic power means that US allies – such as South Korea – are also firmly in its sphere of influence.

“Like many other countries in the Asian region, [South] Korea needs to tread carefully to balance the requests or demands from both the US and China,” says Shawn Ho Yuan Sheng, associate research fellow at the S. Rajaratnam School of International Studies in Singapore. “The deployment of THAAD in Korea is a good example of the challenge that Korea faces in terms of wanting to maintain good relations with both the major powers.”

Across the whole region, the two Pacific superpowers have increasingly found themselves butting up against one another, as the US government’s strategic ‘pivot’ to Asia comes into contact with China’s growing assertiveness in its own back yard.

The US backed the Philippines in an international tribunal that ruled that China could not legally claim islands in the South China Sea, on which it has built military infrastructure. In May, President Obama visited Vietnam – one of Beijing’s fiercest opponents in the region – and agreed to lift a decades-old arms embargo, supporting Hanoi’s push to militarise in response to what it sees as Chinese aggression.

Japan, perhaps the US’ staunchest regional ally, is shifting towards a more proactive approach to defence under its nationalist prime minister, Shinzo Abe. The country has also taken a more robust stance on enforcing its claims to islands in the East China Sea. Japanese warplanes have intercepted their Chinese counterparts repeatedly over the summer, while in August Tokyo announced that it wants to deploy new, long-range anti-ship missiles that could strike Chinese vessels if they approach the islands known as Senkaku in Japan, and Diaoyu in China.

If China chose a more confrontational approach, then the whole world would be in a new round of cold war

Xu Qinduo, a Chinese political analyst, says that the prevailing narrative in the West – that China is abandoning its peaceful rise to challenge the US – is a misreading of Beijing’s intentions. The government’s main preoccupations are continuing the country’s economic growth and maintaining its territorial integrity. However, he says that China may not react well to a belligerent approach from its rivals.

“I think that’s a recipe for disaster. If China chose a more confrontational approach, then the whole world would be in a new round of cold war,” Xu says. “I think you do see a geopolitical situation that is in danger of getting worse and worse. In that case, I’m not sure we can avoid some kind of military conflict. If you force China into a corner, I’m not confident we can maintain peace and stability in this region.”

Against this backdrop, the Kim regime in Pyongyang clearly believes that it can rely on continued support from Beijing, which cannot allow the collapse of a country that acts as a southern buffer to US influence. This has given Kim Jong-un the latitude to pursue his desire to become a nuclear power, despite the pressure it has put on his allies.

“I think that’s clearly what the North Korean game relies on – that logic being perpetuated,” says Graham. “It’s sometimes characterised as the cobra in the chandelier: you never notice it until it strikes. The question is at what point North Korea transgresses that red line where China calculates that it’s more trouble than it’s worth to support.” 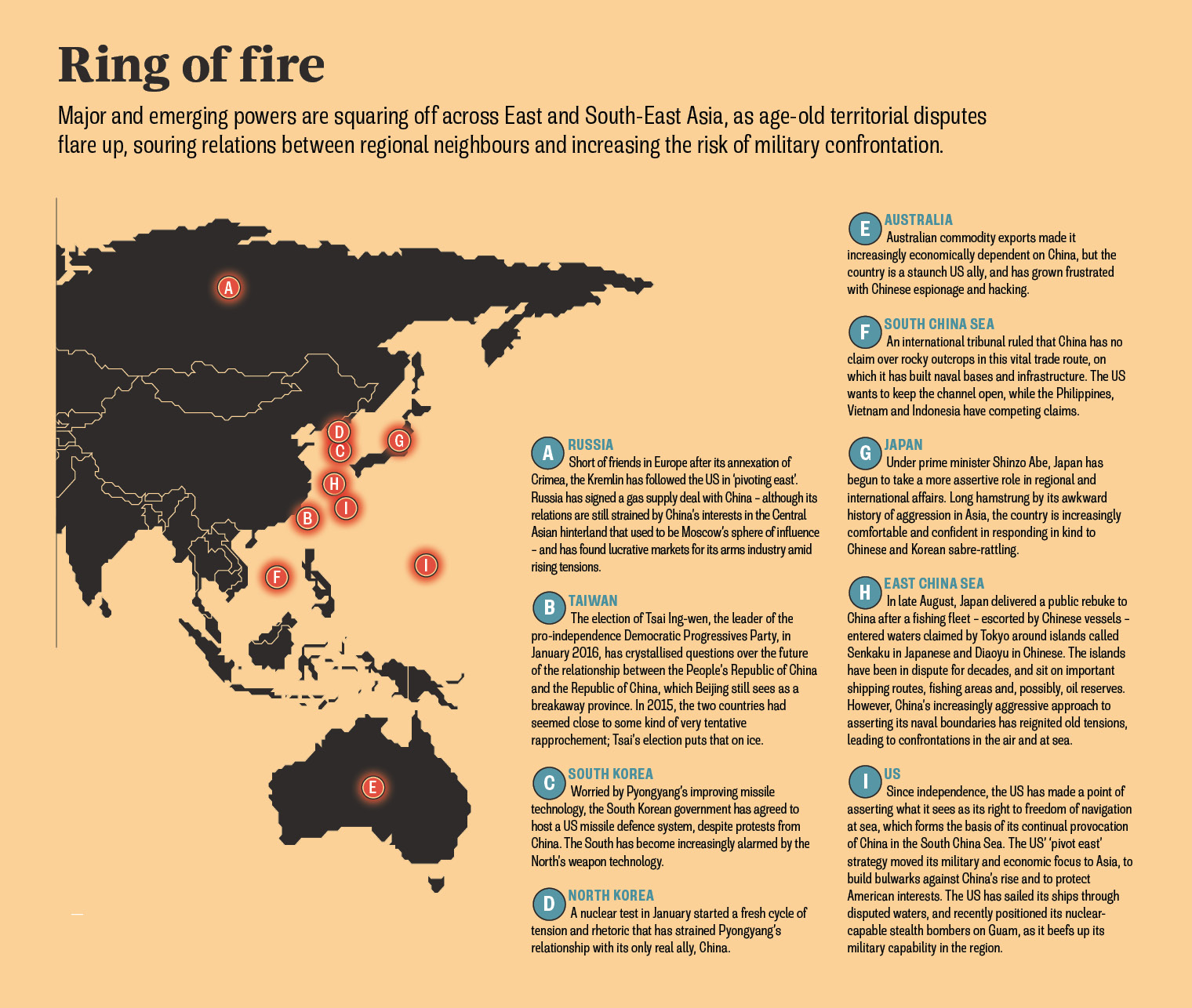 When Air Force One landed in Hangzhou, China for the G20 summit in September, the US president was forced to exit through the back of the plane, since there was no welcome laid out for him. Observers say this was a calculated snub by the Chinese government, although the White House tried to play it down.