The Apprenticeship Levy will create opportunities for thousands of young people nationwide, though a change in attitudes is vital for meaningful change 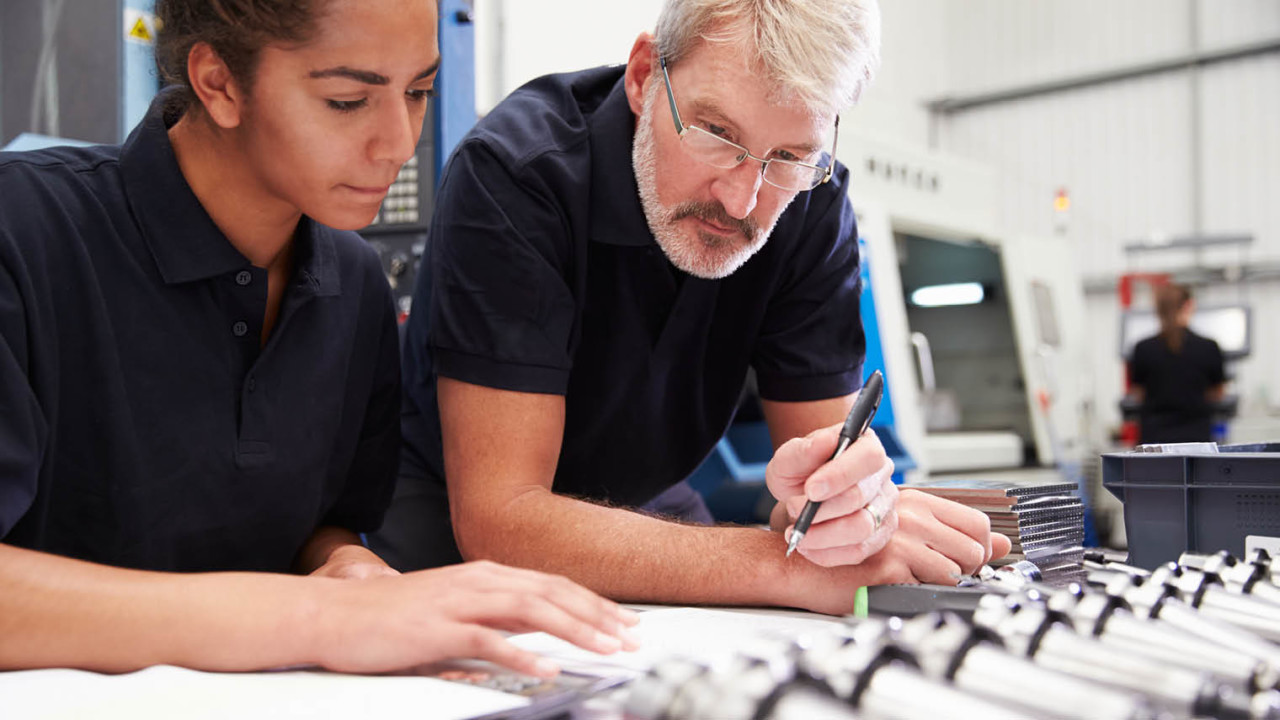 There’s no doubt about it; this coming April is a biggie when it comes to the next chapter of apprenticeships. First introduced in 1563 with the Statute of Artificers (which ended the control of guilds, and required tradesmen to take seven years’ training to reach profi ciency), there’s now a new piece of legislation aimed squarely at rebooting this ancient learning path.

It’s called the Apprenticeship Levy – though the Confederation of British Industry labels it a tax – and it’s unashamedly designed to push employers to take more of these learners on. All firms with a payroll greater than £3 million will, from next month, have to pay 0.5 per cent of it into a digital account. They’ll only get it back (plus a £15,000 sweetener and a 10 per cent top-up on each £1 paid in) if they use it to buy accredited apprenticeship training. In essence – pay up, and the money is yours again so long as you take on an apprentice.

Why the Levy is appearing is easy. Government wants three million apprentices earning and learning by 2020, and with 2 per cent of employers (some 22,000 businesses) estimated to be affected, it’s hoped the £3 billion they put in won’t want to be wasted.

But it’s a risky strategy too. Although there’s been a charm offensive of late – most recently through the government’s Get In, Go Far TV campaign – the apprentice pathway has become tarnished in recent years.

“There’s still a perception that apprenticeships are low skilled and attract the less academically gifted,” says Sean Allison, managing director at notgoingtouni.co.uk. “But on the other hand,” he argues, “employers are also questioning the value of a degree – and I feel it’s this that is beginning to change things and restore their faith in apprenticeships.”

He adds: “It’s good recruitment after all. Grads often have high expectations, and leave more quickly; apprentices can be trained how employers want them to be – and this is a real positive right now.”

What’s helping to change employer perception are very significant input groups of employers, or “Trailblazers”, that have designed the new apprenticeship standards (quality targets each apprentice schemes must hit). To answer criticism that apprenticeships weren’t academic enough, degree-level apprenticeships were launched in 2015, enabling learners to achieve a standard equivalent to a bachelor’s degree (Level 6) or master’s degree (Level 7). To really ensure the three-million target will be met, earlier this year the government also confirmed that all public-sector bodies employ 2.3 per cent of their workforces as apprentices by 2020. This will add a further 200,000 into the pot.

But will all this be enough?

Starting pay is one factor that could still impact total numbers, but what’s really being banked on is that it’s not just employers that believe apprentices work, but young people too. And the outlook here is looking better.

“The data is now clear that those who do a higher or degree-level apprenticeships can earn more money over their lifetime than someone going to a top, non-Russell Group university – £1.5 million compared to £1.4 million,” says Dr Lee Elliot Major, chief executive of social mobility think tank, The Sutton Trust.

“Although teachers are still surprised by this, and there is work to be done to ensure schools don’t just push the university route, this earnings headline is slowly changing people’s perceptions – especially when weighed up against the cost of going to university,” he says.

One young person who certainly is sold on the idea of apprenticeships (and is spreading the word widely) is Lucy Sargison, who is in her final year of a three-year technology apprenticeship with Accenture.

“I had the stereotypical view of apprenticeships – that they’re for low-skilled jobs like hairdressing and plumbing,” says Ms Sargison, who graduates this summer and plans to do a top-up qualification to convert her foundation degree into an honours degree.

“My school wanted everyone to go to university, but after deciding to go to college, Accenture visited, explained its offering, and I wanted to learn more. I had to discover about apprenticeships myself, but I’m glad I did.

“I’m now telling all my other friends about it. I’ve become more independent, I run my own car, and I’m planning to move into my own place later this year. I couldn’t have done this without going straight into a paying role,” she says.

It’s challenging for young people right now; apprenticeships give them a different route

Accenture’s scheme has run since 2012, and according to Candida Mottershead, human resources director for UK and Ireland, having apprenticeships means Accenture can find pockets of talent that might have been discouraged from university.

“We can also focus our training on the skills we actually want, so it’s win-win all round,” she says. “It’s challenging for young people right now; this gives them a different route.”

New Department for Education figures released in January indicate the magic three-million target is on track, with 780,000 starts since May 2015, quarterly figures exceeding the 150,000 needed to reach this milestone. These numbers will need to continue though.

The Levy will add to this, but while Ms Sargison is doing her bit to ensure she spreads the good news, Mr Major from The Sutton Trust does issue a word of warning. “We’d rather see a target for the number of higher-level apprenticeships,” he says, reflecting on last year’s Apprenticeship Statistics: England report from that showed more than half (58%) of apprentice starts for 2015/16 were at Level 2 (equivalent to five GCSE passes), while just 5 per cent were at higher levels (4 to 7).

“We won’t change perceptions about apprenticeships just by ourselves,” says partner Gurbinder Grewal. “For us though, developing apprenticeships wasn’t even about the Levy – we decided we wanted to do this anyway. We’re all in a fight for talent, so apprenticeships are an investment in our future.”

Although it’s only a small start for Dentons, with just four spaces up for grabs, the government will hope lots of smaller schemes all add up. Ministers will also hope that as businesses actually engage in apprenticeship schemes, their old-fashioned perceptions will finally change.

The fact that 250 applied to Dentons indicates young people have already dropped any hang-ups they might have had about apprenticeships. Now’s the time for employers to do the same.

Apprentices may eventually earn as much as university graduates, but not straight away; pay is complex and can seem unfair. Apprentices are entitled to an hourly apprentice rate of £3.40 currently (rising to £3.50 from April) if they are under 19 or aged 19 and over in the first year of learning. They are only entitled to the minimum wage for their age – the relevant bands are 18 to 20, 21 to 24 and over 25 – if they are both 19 or over and have completed the first year of their apprenticeship. This means a 22 year old can either earn £6.95 (the minimum hourly wage for a 21 to 24 year old) or £3.40 depending on whether they’ve completed their first year or are still on their first year of their apprentice. Both are below the National Living Wage of £7.20 per hour (rising to £7.50 from April) and well below the £9.45 earned in London and £8.45 elsewhere, recommended by the Living Wage Foundation. While data by Success at School finds average apprentices earn £257 a week, in December 2014 the Department for Business, Innovation and Skills revealed employers pay more for higher skills. It found average pay for higher-level apprentices (Level 4 and 5) was a much healthier £11.63 per hour. Stefan Stern, visiting Professor in management practice at Cass Business School, says: “The target of three million apprenticeships is properly ambitious, and pay is part of the problem. But so too is management’s reluctance to invest in younger employees.”