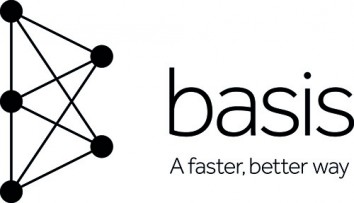 The process of digital transformation represents a genuine opportunity for companies across the globe to turbocharge their business by delivering faster, more engaging products and services of the kind customers are increasingly demanding.

Big data, mobile commerce and the internet of things (IoT) are just some of the options that organisations are already using to differentiate themselves. Some aircraft engine manufacturers, for example, are using the IoT to transform their product portfolios, aiming to enable airlines to improve operational performance by tracking the health of thousands of engines worldwide through on-board sensors and live satellite feeds.

“Agility is a fundamental requirement in the digital economy and organisations that choose to ignore this fact run the risk of becoming irrelevant,” says Darren Thorpe, chief technology officer of Basis Technologies. “The multinational companies that we work with, both business to business and business to consumer, understand that an organisation’s fortune is increasingly dictated by its ability to adapt quickly to new market conditions.”

However, as firms become increasingly reliant on software that integrates with or enables almost every part of their business, it is vital that these systems are also in a position to support new digital business requirements. SAP applications, for example, are the backbone of many companies, helping them to run operations such as sales, logistics, manufacturing, finance and human resources, while also powering customer-facing functions like e-commerce.

Businesses are already recognising this need, according to data from Forrester Research presented in a recent Basis Technologies webinar. Some 75 per cent of software decision-makers surveyed believe that modernisation of key legacy applications is a critical or high priority, while 68 per cent see the update to a new release of packaged applications, such as SAP, in the same way.

So the need is understood, but what about the practical realities? Change can be difficult, particularly in complex, business-critical software environments such as SAP. Even firms that see the logic of developing and updating their systems may be reluctant to take on transformation initiatives, which have in the past been regarded as disruptive projects, potentially loaded with risk.

That’s where approaches such as Agile and DevOps – increasingly commonplace ways to develop and deliver new features and services – come in. They replace traditional monolithic projects, focusing on collaborative methods and high levels of automation to achieve a faster time to market, higher quality, lower costs and reduced risk. Adoption of DevOps has been seen to increase software delivery speed by up to 1,600 per cent.

Basis Technologies’ DevOps suite enables companies to adopt these approaches across their SAP development processes, allowing them to accelerate the delivery of business value by transforming the way they manage change.

“It has become critical for SAP teams to have the ability and flexibility to change at the speed the wider business needs. But there must also be confidence in the process, culture and tools so that this can be achieved without compromising stability,” says James Roberts, head of product management at Basis Technologies. “Our tools, along with a breadth of knowledge that comes from years of working with large organisations, can deliver SAP change more safely, quickly and cheaply, so businesses can be more successful.”

The Basis Technologies team have learnt that successful change is not just a question of putting the right software tools in place, but also about changing culture and leadership so management and business work closely with the IT functions of development, testing, operations and security throughout the entire process.

“It’s important to get rid of team silos, so the business understands what is being built for them, and can steer and adjust along the way, rather than have IT delivering something many months later that doesn’t do the job,” adds Mr Roberts.

SAP has itself been at the cutting edge of technological changes and six years ago introduced its HANA database, utilising super-fast in-memory technology to process massive amounts of data in real time. Last year it launched S/4HANA, the latest suite of SAP products designed to give users a slicker, simpler experience to exploit better the opportunities created by the IoT and big data.

The shift to HANA is the cornerstone of digital transformation for SAP users, not only making their business more efficient, but also reducing costs by replacing what may be a cat’s cradle of existing applications and multiple versions of SAP, a relic of historic mergers and takeovers.

Basis Technologies works with clients to introduce more automation into the process of system consolidation, allowing changes to be made more quickly, without the mistakes that people and manual processes can introduce.

“Over the next five years the world will experience an exponential increase in the replacement of manual labour with automation tools, robotics and cognitive computing; nothing will be left untouched,” says Martin Metcalf chief executive of Basis Technologies. “Businesses that invest in the right software tools today will steal a march on their rivals thanks to their ability to direct technical expertise sooner towards activities that generate real value.”

As the pace of business and corresponding volume of software change continue to increase, testing will become evermore important. A critical process that ensures the safety and stability of SAP systems, testing is already a hugely complex, labour-intensive bottleneck for many firms. Basis Technologies sees this as a crucial issue and is excited about the prospects for a new product that it is soon to launch, which will automate as much as 90 per cent of regression testing without the need to record and update test scripts manually.

Mr Roberts explains: “Testing has always been a costly exercise that may involve hundreds of people. We see this new product as a game-changer in the way companies approach SAP system testing.”

Tools are available now to help firms manage change quickly and safely. It may be understandable that some companies shy away from transforming the way they run their SAP systems, but as digital transformation becomes more and more widespread, the risks of doing nothing are potentially enormous.