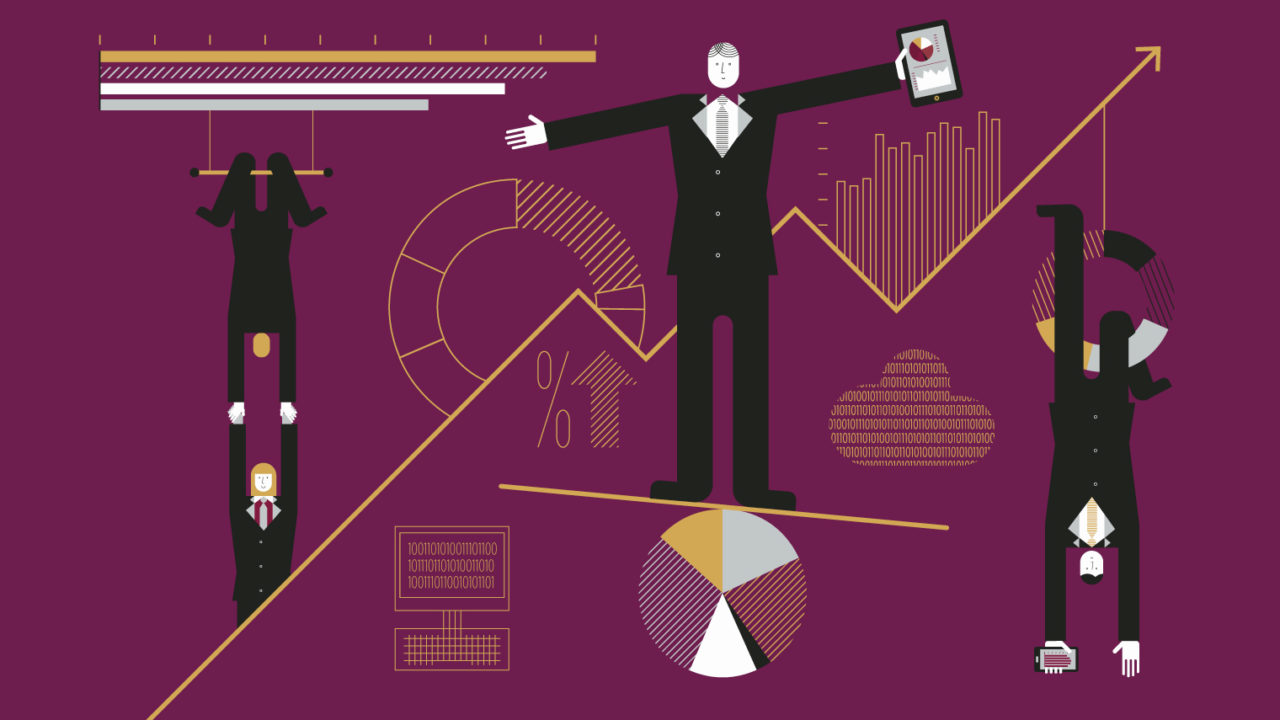 For Roger Parry being “agile” is a bit of a buzz word, but one that carries fundamental connotations about flexibility and the speed of change.

“The role of the chief executive in making the company more agile is to get across to all employees that change is inevitable and getting ahead of it vital. It’s about leadership not management; it’s about inspiring not instructing,” says Mr Parry, who has had a lexicon of business and professional roles and experience, some more agile than others.

A geology graduate, who was a radio reporter for the BBC’s Today programme, he then went to consultants McKinsey & Company where he wrote the business plan for the Globe Theatre in London before going on to chair the organisation for many years. He has been chief executive of Clear Channel International, the outdoor, radio and live events group, of Media Square, the marketing services company, and of the More advertising group, while his chairmanships have included Johnston Press, Future magazines, and currently YouGov, the polling company, television producer Chrysalis Vision and MSQ, the successor to Media Square.

“When I look back to when I was a chief executive what has changed is that everything happens more quickly. Technology is moving more quickly, public attitudes, public taste and even political allegiances are moving more rapidly,” says Mr Parry.

The reasons and the need for greater agility in response range from the higher level of graduates in the workplace – an anti-inertia force – to the rapid rate of technological change, the rise of social media and the fact that unexpected competition can now emerge from almost anywhere around the world.

A decade ago many chief executives were still operating the last vestiges of the corporate command-and-control economy when instructions were issued, employees responded and the results were monitored.

Now, for the most successful agile chief executives, it’s less about conventional management, and even just offering leadership and inspiration, it’s also about establishing the tone, setting values and the aspirational destination of the organisation.

There is another important reason why executives need to be, and often are, more agile. “The reason that management is more agile is that decision-making has moved much closer to the customer or the production line. A really agile organisation is agile because it is much closer to the task it is trying to achieve, and the best chief executives encourage that agility, and it’s not just about profit, but also reputation,” says Mr Parry, who wrote a book on the changing nature of management, entitled Enterprise: The Leadership Role.

As an example of an agile executive dealing well with a reputational crisis, he cites Dido Harding, chief executive of TalkTalk. When confidential customer information was dumped on the internet, Ms Harding went immediately on television to apologise and promise the problem would be fixed.

By way of contrast, Mr Parry believes former BP chief executive Tony Hayward showed a remarkable lack of agility by going on a sailing holiday when many thought he should be concentrating more on clearing up the Gulf of Mexico oil spill.

“If you ask the question what does an agile organisation look like? – right from the top, it doesn’t go all defensive and doesn’t go blaming someone else, but immediately responds to what the problem is,” says Mr Parry. The agile chief executive must “own the narrative” of the company and be able to communicate it consistently both inside and outside the organisation.

Creating the agile company is partly a matter of having more younger people in senior positions, including the boardroom. But who wouldn’t want to have the advice of Google’s Eric Schmidt who is 61. It’s more a matter of diversity of experience than simply age.

Johnston Press was far from agile when confronted with threats such as the migration of classified advertising to the web and has suffered as a result. Former chairman Mr Parry concedes they should have insisted on a greater variety of younger people on the board, which was mainly made up of members of the Scottish establishment and newspaper industry people.

“One of the lessons for any company is to have people who can alert you to what is going on around you in a very visceral way,” says Mr Parry.

He believes it is no coincidence the Daily Mail and General Trust has weathered better than most the internet storm, which has hit all newspapers. Chairman Jonathan Harmsworth was 20 to 30 years younger than many of his board members and senior executives.

“He worked in Teletext (a DMGT company). He regularly visited California to look at the latest trends and, as the fourth viscount, he was in a very strong position to say things are changing rapidly and we must change as well. In retrospect DMGT played the newspaper catastrophe better than most people,” Mr Parry believes.

In a “hideous” case of lack of management agility, he cites Tesco as an example of a company which failed to either predict or react quickly enough to the onslaught from Aldi, Lidl, Amazon and Ocado because they were “all cut from the same cloth” and were too convinced for too long “they were all marvellous.”

A former consultant, Mr Parry unsurprisingly believes consultants are good at picking up the great macro-economic threats to companies, but institutional shareholders and analysts are conservative forces tending to believe that if something worked today it will probably work tomorrow.

But in some cases there can be a little too much agility, and this should not always mean taking decisions at breakneck speed and always reacting instantly on social media.

Mr Parry notes that Nissan waited for more than a month, considering its position on the Brexit referendum vote, before chief executive of Renault-Nissan Carlos Ghosn said decisions on future investments in the UK would only be made when new terms of trade with the European Union became clear.

Executives should also be wary about the instantaneous nature of commenting on Twitter. “You do have to have a point of view, but you don’t have to have it instantly on Twitter,” says Mr Parry.

So, what will the next generation of agile chief executives look like, where will they come from and how will their roles change?

They will come from the most diverse backgrounds, both personal and academic, and they will have less need for specific financial and technological qualifications, he says.

An essential skill for the agile chief executive will be the ability to hire top chief financial officers and technologists. There will also be less need for detailed day-to-day management by the chief executive. This will increasingly be the task of the chief operating officer.

“The agile chief executive will have to be an even better listener than they have been in the past with the antennas to pick up those new industrial trends, which may be relevant to the company. They will also have to be even better communicators because more and more the task will be to set the narrative that tells everyone else what they should be doing,” says Mr Parry.

How agile does he have to be in his current chairmanships? At YouGov the agility challenge is to learn from mistakes made in the polling failures in the general election and the EU referendum, although Mr Parry insists YouGov was less bad than most.

“YouGov chief executive Stephan Shakespeare is obsessed about learning from mistakes, and that is a very attractive and useful characteristic,” says Mr Parry.

At MSQ change is being forced by clients, who want to alter consumer behaviour using all available media, including social media, rather than just booking an advertising campaign in the old way. There has also been a breaking down of barriers between advertising, marketing and public relations. “The challenge is to find people, who can operate across all those disciplines, and it is not easy,” he admits.

For Chrysalis Vision, a television startup, agility means recognising all the old rules of the television production business have changed. “We are having to get used to a new world where Amazon, Netflix and Hulu are just as important to us as customers as the BBC and ITV,” says Mr Parry, who also produced a report for former culture secretary Jeremy Hunt on how to launch local television in the UK.

But Mr Parry reaches back to the world of his geological background where things can often move at a glacial pace to illustrate how reigning orthodoxies can be overthrown. “When I was a student, the concept of plate tectonics was regarded as dangerously radical. Now it is the commonplace subject of television documentaries and magazine supplements,” he says. The modern agile chief executive will have to be able to move a lot faster than the changing attitudes to plate tectonics.