A case study in business transformation

As someone who chairs a major international organisation and is one of the most powerful women in her sector, Jami McKeon knows about the characteristics vital for success.

“When you are running any organisation, you have to have intestinal fortitude, and you have to have an appetite for risk and the judgment to know what risks you should take and invest in,” says the Philadelphia-based leader.

“I don’t think anybody in today’s world can stand idle and no industry or business can succeed if they rest on their laurels or are complacent and fail to adapt to the world around them. We all have to change,” she insists.

She has just overseen a vast international expansion of her organisation within four months, without the need for leveraged buy-outs.

Jami is a top American lawyer and the first woman to chair the 140-year-old Morgan Lewis partnership, which she has helped turn into one of the top five international law firms in the world. There are few more powerful female lawyers anywhere.

The expansion began soon after she took on the chairmanship in 2013, after more than 30 years at Morgan Lewis, most recently leading its large litigation practice.

The Philadelphia firm was approached last year by Bingham McCutchen of Boston with its 750 lawyers. Bingham had started to come under increased financial pressure in post-recession America.

“Our initial conversation was one of polite interest. It was not the kind of transaction we were looking to do,” recalls Jami, whose firm has strong labour, employment and immigration practices, areas some law firms avoid as being too sensitive.

As talks continued Morgan Lewis began to see the opportunities. It wanted to strengthen its regulatory practice in Washington. A deal would mean a total of 400 lawyers in DC, not to mention 300 lawyers in the New York transactional practice, and a significant Bingham presence in California in intellectual property and private equity.

Around the same time, Morgan Lewis was also talking to a leading law firm in Singapore, the 80-lawyer Stamford Law.

“First we did Bingham and later Stamford. It is unusual to do one thing of that size much less two things in such short order,” says Jami, who decided the opportunities were too great to miss.

“They came more quickly and in a bigger package than we expected. The question then is do you have the strength of your convictions and are you willing to take a deep breath and do what needs to be done,” she says, the granddaughter of an Irish publican.

The result was a law firm with more than 2,000 lawyers and, according to Reuters analysis, annual revenues of more than $2 billion.

Despite being a partnership of professionals, rather than a publicly quoted corporation, Morgan Lewis still faced many of the problems common to commercial companies embarking on transformational mergers.

How do you create a common culture, agree compensation systems and organise the inevitable redundancies, while avoiding something less than the sum of the parts?

Being a law firm helped. Partners of Bingham and Stamford simply became partners in the expanded group, and redundancies were limited to administrative and financial staff.

As for culture, Jami, who is proud of Morgan Lewis’s pro bono work, which includes award-winning efforts for prisoners on death row, says you just keep talking about it all the time.

Then you “walk the walk” and line up what you say with what you do.

“Some law firms use the phrase ‘eat what you kill’ and have lawyers who are competitive with each other. That is antithetical to our culture,” explains the senior lawyer.

There were endless meetings, a buddying system, joint meetings with clients and realigned practice groups to include leadership from Bingham and Stamford. Then last month there was a week of meetings in Washington featuring hundreds of the firm’s new lawyers and hundreds of existing lawyers, all focused on how the enlarged Morgan Lewis should develop.

The lessons learnt, which Jami believes apply to all companies involved in mergers, include recognising the importance of  “the talent” and making sure enough resources are committed to ensuring they can spend “meaningful time” getting to know each other.

It means that this year the focus at Morgan Lewis will be investing for the future. Jami is, however, already convinced the expansion and integration have been successful.

Lawyers from both firms are now working jointly on several hundred cases, which would not otherwise have been won, because of added expertise and greater geographical range. One example is representing a Singapore group in a proposed $350-million acquisition of a US software company.

Contemporary law firms, Jami argues, have to be as innovative as any other business and can’t pretend for a moment that anything can remain the way it was 100 years ago.

“Every other industry has had to be innovative and look at things differently and the legal industry is no different,” says Jami, who notes that her firm was an early-adopter of a wide range of flexible fees, including fixed fee or combined rates for a portfolio of work. Hourly billing is largely a thing of the past.

Morgan Lewis has also developed sophisticated in-house technology systems to process and evaluate massive numbers of digitised documents, something that many law firms are now outsourcing.

Another of Jami’s passions involves encouraging women in a traditionally male-dominated profession. But hasn’t she broken through the glass ceiling as indeed has the head of Stamford Law, Suet-Fern Lee? 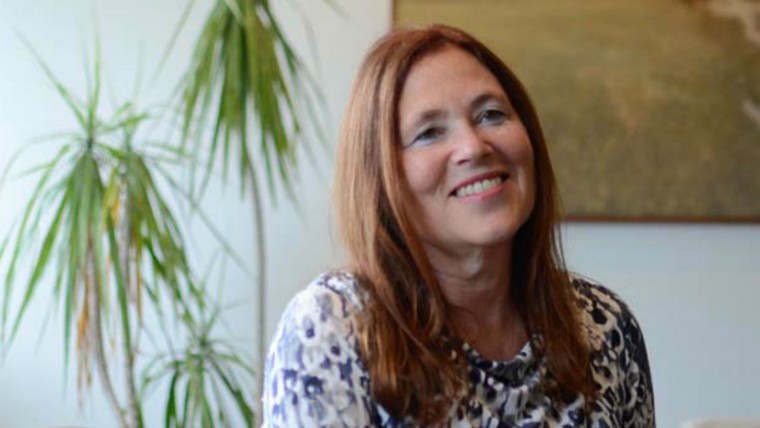 “I guess everyone looks at the legal profession and wonders why it has been so slow to have women at the top,” Jami muses.

She is a firm believer, however, that women really can have it all “if you are passionate about what you do and are prepared to work long hours”. The successful lawyer has a husband John, an academic lawyer, and four children and is on the board of Philadelphia’s Kimmel arts centre.

Jami is also a keen cook who gave one of her favourite recipes, for Philadelphia cheesesteak spring rolls, to law magazine Lawdragon to conclude an interview.

But will there be further expansion for Morgan Lewis during her five-year chairmanship?

There will certainly be expansion in London, but at present no plans for a 200-lawyer deal.

“But we will always look at opportunities, if something bigger than expected comes along or sooner than expected, and it is the right thing for us and our clients…”

Should it do, you can be sure that Jami will have the intestinal fortitude to take it in her stride.