UK companies, facing a prolonged period of global uncertainty, must address major challenges – here are six of the biggest threats to British business 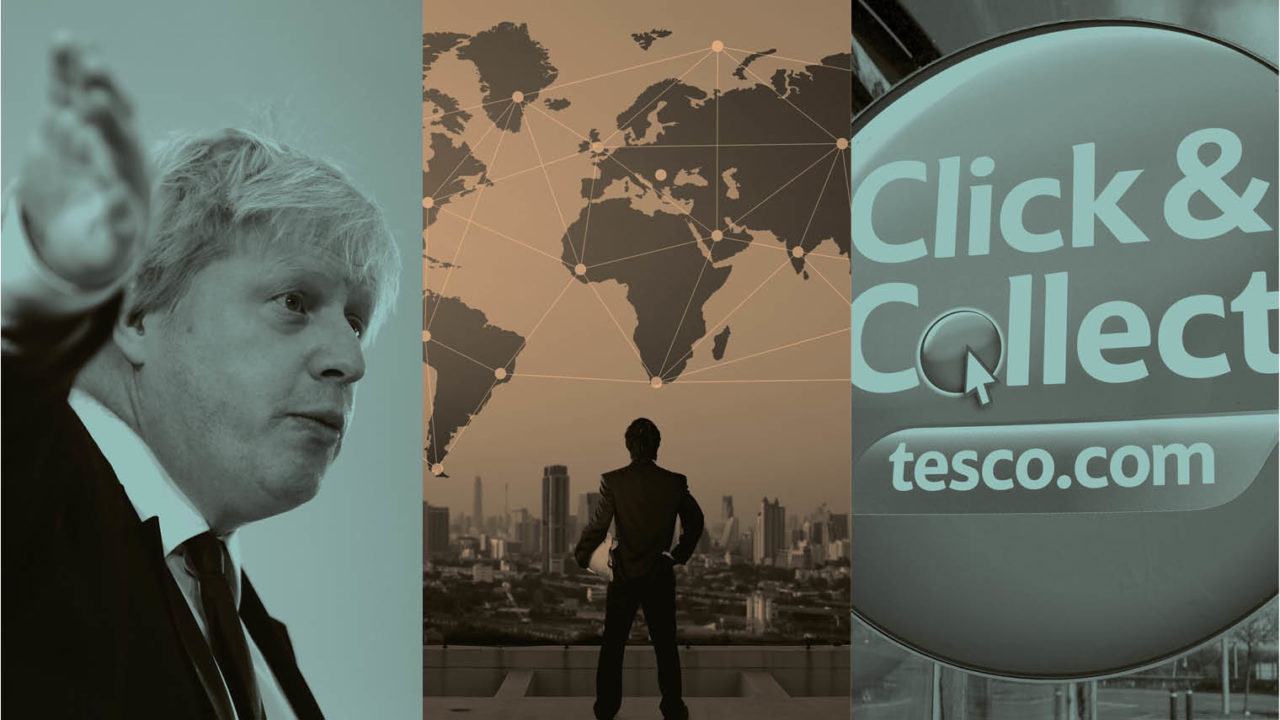 1. The threat of Brexit 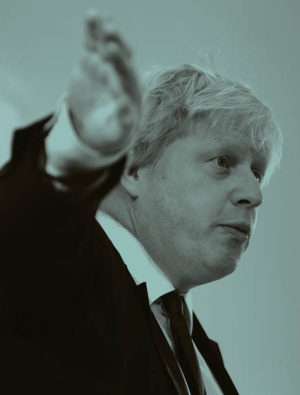 Brexit provides one of the clearest and most present threats to business in the UK. Sir Howard Davies, chairman of RBS, recently made the threat that it was “quite likely” that it could take the UK as long as a decade to negotiate its eventual Brexit deal with the European Union. That is an awful lot of uncertainty for companies to endure.

Some will see opportunity outside the EU; for manufacturers to export more and further afield, say, or for the UK to develop a more productive agricultural industry.

Many are understandably fearful. Will technology companies still have access to the European talent they rely upon? Will the City lose its pre-eminence since it relies on Europe and its rules for so much of its business? Are exporters due to face punishing bureaucracy and trade tariffs if the country leaves the single market?

The most pressing concern is that these questions, along with countless others, could take a long time to answer, and in the meantime customers and investors might sit on their hands.

The prospect of the devilish complexity of unwinding relationships that have provided everything from education, research and investment subsidies to the convenience of a customs union is generating further anxiety.

2. The death of globalisation 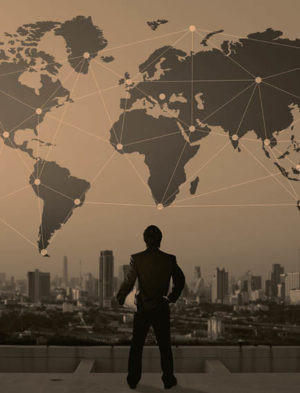 You don’t need a weatherman to know which way the wind blows, as a Nobel Prize winner once sang. And as far as most companies are concerned, an ill wind appears to be present danger to UK companies

A lot of future threats to business require some crystal ball gazing, but the most pressing issue is nothing short of an existential threat to capitalism as we know it.

With America’s election of Donald Trump as president and the threatened trade protectionism that may come with him, combined with the forces that drove Brexit threatening to spread across Europe, a backlash against globalisation is firmly afoot.

It’s not something any individual company can hope to do much about, but Fathom Research says “reversing globalisation will damage producers of tradable goods and services, wherever they are located, and shrink the global economic pie”. In other words, bad news for businesses of all shapes and sizes.

Fathom Research predicts that the UK’s travel, pharmaceuticals, telecommunications and financial services industries would be most hurt by a backlash against globalisation.

Sunaina Sinha, managing partner of Cebile Capital, says: “If the Trump administration honours its promises of dramatic deregulation and corporate tax cuts, many businesses in the UK risk losing ground to their American rivals.”

3. The rise of the cyber threat 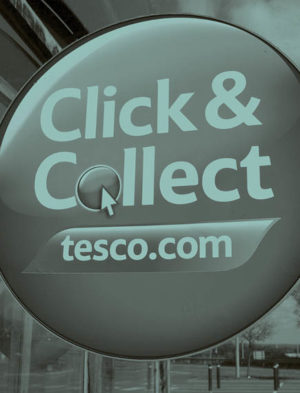 Hackers are today’s problem for companies large and small, but with few signs that business is getting to grips with the risks, it’s an issue that is here to stay.

Tesco Bank looked extremely ill-prepared for the recent cyber raid on its customers’ accounts, but most industry experts think they are far from alone.

Regulators are threatening huge fines for organisations that get it wrong, but the reputation risk alone should be enough for companies to take the problem more seriously. So why the inertia?

John Rigby used to help the Ministry of Defence with keeping hackers at bay. Now director of cyber at AlixPartners, he says the repeated warnings for companies to get their IT in order clearly aren’t working.

“Businesses will continue to get caught out by fundamental errors – failing to close known vulnerabilities, incorrect configuration of firewalls, falling prey to spearfishing and fraudulent transfers of money,” he warns.

Phill Everson, of Deloitte’s cyber risk services, adds: “Securing data is one of the most significant technological challenges of the next decade and it will become progressively harder to do this while maintaining the privacy of personal information.

“Companies need to identify their most important assets – usually data – and have a single accountable owner at board level with the technical understanding of these new threats to business.”

Related content: “What CIOs can learn from cybercrime syndicates”

Related content: “How businesses can use psychology to safeguard against cyber criminals”

4. The rise of machines 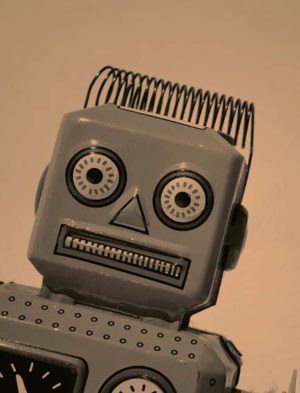 Forget chess. Artificial intelligence can now beat the world’s best human player in a game of Go, the abstract Chinese board game that was once thought immune to the brute force of computing power.

Even among those who don’t think intelligent machines are about to bring about mankind’s demise, they will undoubtedly present a threats to business and industries that fail to adapt. The question is to what extent businesses will change and how long it will take for the impact to be felt. The emergence of electricity prompted similar angst. It didn’t end up killing us, but it did for plenty of makers of candles and oil lamps.

Things that once seemed implausible are now imminent; driverless cars that can negotiate the complexity of traffic, for example. Publishers are already using software “bots” for some online articles, such as live sports reporting. This provides an early warning of how intelligent machines are going to undermine humans’ economic usefulness and power.

Even those that try to get ahead are at risk, says French Caldwell of MetricStream, which makes compliance apps. “Robotics and artificial intelligence are expensive to develop and adopt, meaning big firms are at the front of the queue and smaller counterparts get left behind,” he says.

Related content: “Are emotionally intelligent bots the future of AI?”

5. Threats to business posed by the gig economy 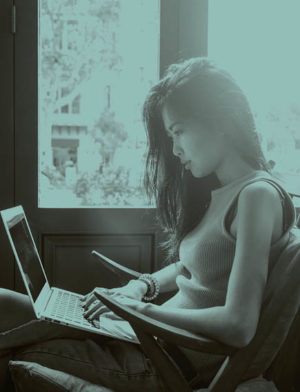 Businesses that still want to employ people rather than robots are getting to grips with the rapidly changing face of the British workforce. The self-employed population has now reached a record 4.8 million, driven by companies’ desire for more flexibility and the rise of the “gig economy” which offers short-term, informal work.

There are questions for governments over how this army of freelancers will get pensions, mortgages and income protection, but it’s not all good news for business either. Those that have sunk costs into office estates will be wondering if they have wasted their money when staff increasingly expect to work flexibly and from anywhere. Those that don’t offer flexibility may lose out on the best talent to those that do.

However, companies that choose to move more staff out of formal employment face ethical and practical questions over their treatment of staff. The taxman is already getting twitchy over potential tax losses related to companies using “disguised employment”.

Sean Nesbitt, head of employment, pensions and mobility at law firm Taylor Wessing, says: “There’s also inter-generational difference: younger workers’ sense of their job being temporary and the mutual commitment with their employer being limited or negotiable. They can prioritise their own brand or needs above those of the business.”

6. The challenge of digital payments 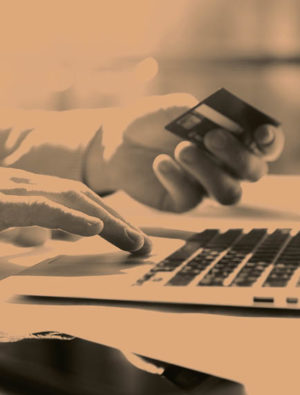 Old habits die hard when it comes to means of exchange. Six years ago, The Payments Council was talking about phasing out cheques by 2018. An outcry from small businesses in particular saw the proposal scrapped and they’ll be probably around for a little while yet. However, their days are numbered in the longer term, and cash itself is under threat too, with the emergence of contactless payments and digital currencies leading to predictions of its demise.

Lisa Osofsky, Europe, Middle East and Africa regional chairwoman of Exiger, a financial crime, risk and compliance firm, says that while the demise of cash has been on the cards for a while, some companies are not preparing well enough.

“The greatest threats to business lie less within the technology to transform from a cash-based to a fully digitised monetary economy and more with, as ever, the human error built into any economy which invests in systems without investing at the same rate in personnel training,” she says.

“History proves that it is rarely technological advances alone that bring opportunities and risks to business, but the ability of staff at all levels to maintain an independent sense of core rights and wrongs.”

Related content: “Who will win the battle for peer-to-peer payments?”