A washing machine uses a lot of water, so Sheffield-based company Xeros has developed a device that uses 80 per cent less. It has replaced the liquid stuff with polymer beads. Each machine could potentially save more than a million litres of water over its lifetime. This is equivalent to the same volume used by an average UK household in a decade. A large commercial machine uses a staggering 500 litres of water every time it’s switched on. The patented, award-winning system also uses up to 50 per cent less energy and roughly 50 per cent less detergent than traditional systems. It’s a great British success story that’s expanded into North America and China. 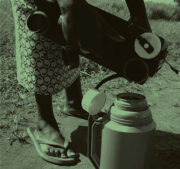 Swedish organisation Solvatten has developed a portable water treatment and heater system that gives access not just to safe drinking water, but also to hot water. It’s designed to be used by off-grid households in the developing world. Roughly 250,000 people are using this system in tropical regions. Each unit contains two, five-litre containers, a fabric filter and a heating unit. Natural ultra-violet light from the sun destroys harmful micro-organisms in the water, which is also heated to 75C. Each unit costs up to $100, but will last a decade. 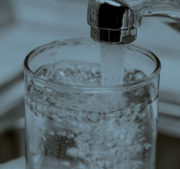 Polluted tap water is a big issue in many countries, especially in India and China, and purifying it takes lots of energy or chemicals. Danish company Aquaporin has developed a groundbreaking technology that purifies water by mimicking nature. The company has developed a membrane that’s embedded with a protein found in all cells from bacteria to humans, called aquaporins. These allow living things to filter out pollutants and get clean water into cells. The manufactured membrane relies on forward osmosis and uses a lot less energy than current technologies. In total, 62 patents have been granted worldwide. It can be used to treat wastewater and is very efficient – one gramme of aquaporins can cope with 2,700 litres of water a second. 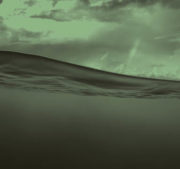 Existing desalination plants devour huge amounts of energy and belch out concentrated brine into oceans, jeopardising marine ecosystems. A new device could create drinking water from the sea using wave power. The SAROS desalination buoy is the brainchild of two graduates from the US University of North Carolina. Their device pressurises water and performs reverse osmosis to purify brine. It currently produces 500 gallons a day. They’re now scaling up to produce 5,000 gallons per buoy in waves that are only 2.5 feet high. A US demonstration project will be in place by early-2017 with pilot projects in Puerto Rico and Nicaragua towards the middle of next year. It could one day provide clean drinking water for remote islands. 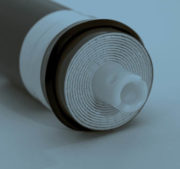 LifeStraw is a plastic cigar-like straw that isn’t for sucking up fizzy pop, but removing potential pathogens, such as dysentery, typhoid and cholera, as well as other parasites from what would normally be undrinkable water. The portable filter uses a hollow-fibre micro-filtration technology. Up to 1,000 litres of water can be made fit to drink without electricity or additional attachments. It is available on the consumer market, via Danish healthcare company Vestergaard, for trekkers and outdoor pursuit enthusiasts. For every LifeStraw purchased, one schoolchild in a developing country receives safe drinking water for an entire school year. It is used in projects in more than 64 countries around the world from Kenya to India. 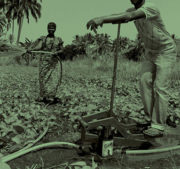 Some of the most frugal innovations make the greatest difference when it comes to water technology. KickStart design and sell very low-cost, human-powered irrigation pumps to poor farmers. These use the power of people’s legs or arms to pump up ground or river water to water crops. In Africa only 4 per cent of farmland is irrigated. In India it is 35 per cent where micro-irrigation schemes have helped lift many smallholders out of poverty. Small-scale farmers can boost their income by 400 per cent if they water their fields. To date KickStart has sold 291,000 devices across 16 countries in sub-Saharan Africa. The non-profit social enterprise claims to have created 200,000 profitable businesses and lifted a million people out of poverty. 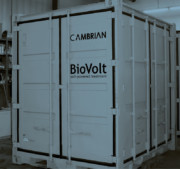 We’re one step closer to personal wastewater treatment plants thanks to an invention from a Boston-based company that has developed a self-powered, bio-based system. The energy for the treatment processes come directly from electrically active microbes. The fact is cleaning up wastewater is a power-hungry business, so Cambrian Innovation has developed what’s known as a microbial fuel cell, in which microbes pass electrons to and from electrodes. The wastewater is treated and electricity generated. BioVolt is now being tested for domestic wastewater treatment in remote, off-grid locations. The system is containerised, mobile, and can be easily scaled up. The US Army ran a field test of BioVolt in the summer of 2016. 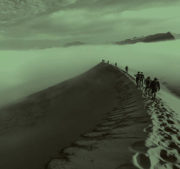 In the Atacama Desert, in Chile, it hasn’t rained for hundreds of years, but it does get plenty of fog. Poor communities here need freshwater to drink, as well as irrigate crops and aid with reforestation. So they’ve developed large mesh fog collectors. These hillside devices use a fine polypropylene mesh, which is highly efficient at capturing water-laden fog. Juan de Dios Rivera, from the Pontifical Catholic University, is a global expert and alongside Jacques Dumais, from the University of Adolfo Ibáñez, is developing large-scale systems that could supply whole communities and compete in price with sea water desalination. “We want to follow the development of wind power and develop the equivalent to a modern multi-megawatt wind turbine,” says Mr de Dios Rivera.

9. Sucking water from the air 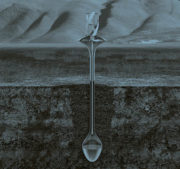 The WaterSeer relies on condensation and simple wind power to generate clean water from the atmosphere. It promises to generate up to 11 gallons of safe drinking water every day from thin air without the use of electricity or an external power source. A fan pulls warm air down a long metal tube and underground; water in the air then condenses and is stored in a bell-like reservoir. It could potentially run forever. A prototype is being tested in the field and a new model will be available in 2017. Currently, US not-for-profit organisation VICI-Labs is crowdfunding to scale up the idea. It could provide developing communities with water forever. 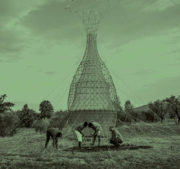 Italian designer Arturo Vittori and his team have created a water-catchment system that can produce potable water by harvesting dew, rain and mist using a unique tower structure. Warka Water is made up of a bamboo frame, recyclable mesh, rope and a water collector. The device can be assembled cheaply and easily by six people in roughly four days. This biomimetic water harvester takes its inspiration from nature including termite hives – their airflow, shape and geometry have helped shape the device. It’s been trialled in Ethiopia and Italy. The structure relies on gravity, condensation and evaporation to generate drinking water, and doesn’t require electrical power. Each tower costs about $1,000, significantly less than other water relief options available.