Virtual reality could be as big for businesses as e-mail. From city planning and luxury cruises to collaborative engineering and data presentations, here are 10 top areas being revolutionised by VR 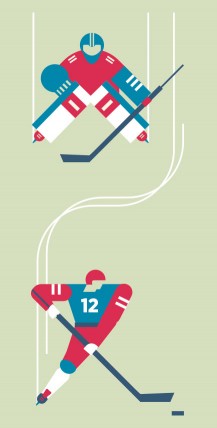 Sports broadcasters want to get fans as close as possible to the action. VR has the potential to offer the same viewpoint as the players. Bookmaker William Hill is developing a VR project called Get in the Race. Customers can bet on and experience a live horse race from the jockey’s perspective in a 3D virtual world. William Hill head of innovation Crispin Nieboer reveals Get in the Race will work on Oculus Rift and Google Cardboard. “We use GPS data from trackers in the saddles to recreate the race as live using 3D graphics which are scaled to the real dimensions of the race track,” he says. “VR applications create the illusion that the user is an active participant in what is happening.”

NHL ice-hockey in the United States has run VR trials, streaming a live LA Kings versus San Jose Sharks game. Glamorgan Cricket Club is working with Avaya to offer fans a VR service, with a choice of more than 50 camera angles. Michael Temple at Glamorgan says: “These could include views from the crease or the umpire’s hat, even a player’s shirt. So if a spectator wanted to see what the view was like for the wicket keeper when a particular player was batting, they could tap on the camera angle and have a look.” 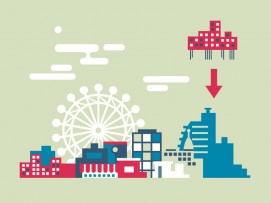 Getting planning permission can be a nightmare. Digital consultancy Wagstaffs is aiming to lubricate the planning process with VR. It has created a 3D digital model of central London called VUCITY. Planners, architects and developers can explore a project as if it were real. Jason Hawthorne, managing director of Wagstaffs, says: “It covers nearly 100 square kilometres of central London, from Earls Court to ExCeL up to Old Street and down to Battersea. By embedding real-time Transport for London camera feeds into our model, we are connecting with our city in a way we have never before. In terms of planning new buildings, using our city model we can overlay sightlines, transport links and sunlight paths to help planners understand proposals in context.” 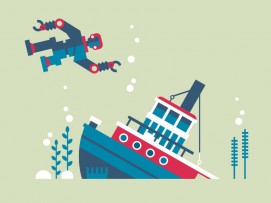 In the movie Avatar, soldiers operated bodies via remote control in order to explore an inhospitable new world. The same logic is being used for underwater exploration. Underwater archaeologist Michel L’Hour used VR to explore the wreck of The Lune, a three-mast ship of the French royal fleet of Louis XIV. The wreck is 90m deep off Toulon.  A simulation, created with Dassault Systèmes, allowed the team to “examine” the scene.

The long-term goal is to create fully functional robot avatars, which can be controlled through VR as if the human was on location. The applications are huge. Sub-sea archaeologists estimate there are 200,000 sites off the coast of France to investigate and three million worldwide. The oil and gas sector as well as salvage already use remotely operated vehicles. VR will introduce a new level of awareness and control. 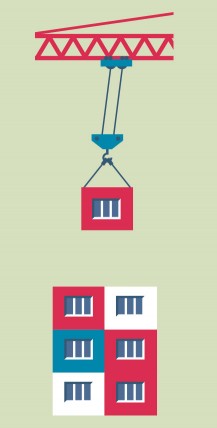 Product design via VR is probably the number-one business application right now. Computer-aided design is transformed when engineers can step inside their creations. Engineering consultancy Atkins uses VR for design and collaboration. Gareth Tissington, technical lead at Atkins, says: “We use VR for exciting our staff, clients and partners. When you bring in VR equipment to an office, you get a huge queue of people lining up to see it. It gives them a whole new perspective on our designs.”

Atkins uses Unity 3D, a design platform usually associated with games. Oculus Rift is the headset of choice with Google Cardboard as a cheap alternative when showing designs to clients. Mr Tissington adds: “Using VR with stakeholders to help them understand the design and its impact on them can save massive amounts in iterative design reviews. It could cut down 20 per cent of the time we spend checking and manually going through our designs one by one.” 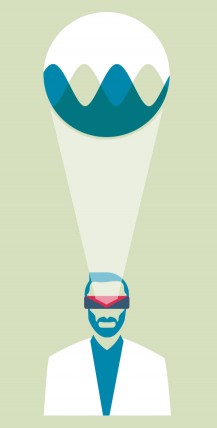 The Royal College of Physicians has identified mental healthcare as the single biggest failing of the NHS. Any contribution by VR will be warmly welcomed. Plextek Consulting has been researching use-cases of VR in mental health. Collette Johnson, medical business development manager at Plextek, says: “VR will help in niche situations where traditional therapy is a struggle for particular patients. It would also help with patients who want to be treated at home or by specialists, or are not located geographically nearby.”

The VR would be unlikely to be a real-world simulator, says Ms Johnson. “It would be a virtual environment using gaming technology that the therapist, medic or family could interact with the patient and also adapt the world according to the clinical needs of the patient – to help in reflecting mood, behaviour and welfare at the time of therapy,” she says. Exposure therapy, for example, has high potential. The field is young, but developing. Dr Albert Rizzo at the University of California has been using VR to treat post-traumatic stress disorder. The VR Medical Center in San Diego treats a variety of phobias and has treated PTSD in Iraq. 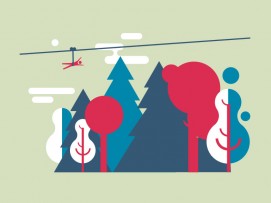 Pop-up ads were the bane of the early internet. Ethan Zuckerman, the inventor, apologised for his role in annoying so many people. VR developers need to learn the lessons. Fortunately, advertising in VR worlds can be done in a non-intrusive manner. In-game advertising is already a fixture in 2D games. Games giant Zynga generates 20 per cent of its revenue through in-game ads. The same approach will work well in VR.

There’s also the consumer-led approach. Eco-woodland holiday attraction Center Parcs used VR to show guests what to expect from its newest site in Woburn Forest, Bedfordshire. Marketing agency psLIVE created a VR experience to showcase the site. Michael Brown of psLIVE says: “Using Oculus Rift, we gave customers a 360-degree experience which transported them to the zip wire and high-ropes course through footage filmed at the new Woburn Forest village. VR gave them a taste of what they could expect from a visit to Center Parcs in a fun, enjoyable and tactile way.” 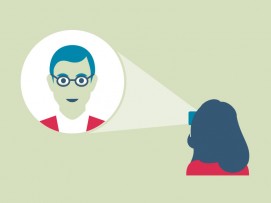 Video-conferencing is decades old. The move to VR is logical and ought to be a big leap forward. It will change the whole dynamic of board meetings. VR meetings will work in a different way entirely to 2D or real-world situations.

Paul Jackson, principal analyst at Ovum, explains why he’s excited. “Data visualisation in meetings has the potential to be revolutionised by VR headsets. Complex financial markets, weather and people-movement models typically run on supercomputers, yet still rely on old-fashioned 2D monitors for their output. VR offers the ability to view these in full 3D as well the option to ‘look under’ the surface of the data and ‘wander’ through the landscape or variables, tweaking them with haptic touch controls if appropriate. This is a more portable and powerful version of the data-cave idea that has been floating about for a number of years,” he says. 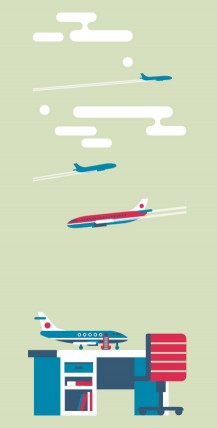 In the future we can expect VR holidays, such as The Void theme park in Utah, where visitors become fighters in an alien war, running through a gigantic maze. There will be VR rollercoasters and VR-friendly hotels. The tourism industry is currently using VR for the more mundane purpose of showcasing real-world offerings. In January, Quantas airline launched a three-month trial with Samsung Gear VR to give customers tours of lounges and cabins worldwide. Quantas also partnered with Australian Northern Territory tourism board to create VR experiences based on the state’s main attractions.

Boutique cruise line Azamara Club uses VR to demonstrate its on-board and destination offerings to prospective clients. An Oculus Rift DK2 headset offers tours of the Azamara’s two ships, together with destinations such as the Panama Canal and zip-lining through the Costa Rican rainforest. Marriott Hotels recently launched its VRoom Service for guests. Lea Simpson, head of strategy at consultancy TH_NK says: “Guests will use VR in their own homes and will expect to be taken on a tour of a Marriott hotel before considering to book. Just as we use Trip Advisor today to validate our travel, hotel and restaurant choices, in the future customers will use VR.” 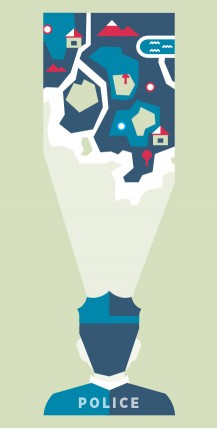 In this age of terror, security is a serious concern for all sorts of venues. VR gives architects, security planners and event managers a unique way to assess threats. Naturally, solid analysis needs accurate models, which is why national map-maker Ordnance Survey is in demand by VR companies.

David Haynes, the developer who creates VR worlds at OS, says: “Ordnance Survey data provides high-resolution terrain geometry of Great Britain with accuracy of up to five meters. The best available public equivalent is 30-meter resolution Nasa data. This means that game developers can use this data as is for the landscapes in their game worlds and know the geological features are accurate, realistic depictions of reality as they are directly sampled from their real-world counterparts. Currently tools such as World Machine are used to generate landscapes, which simulate geological processes to create this kind of thing. These give good results, but cannot, by their nature, generate identical reproductions of real-world locations.” 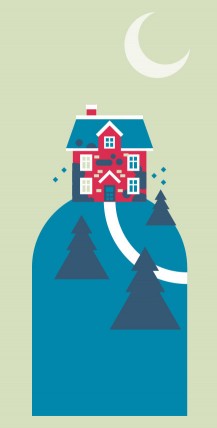 Property prices in the UK’s big cities are sky high. Graduates and low-income workers are forced to live in shoe-box apartments. Maybe VR can improve their situation. Instead of living in a grimy bolthole above a laundrette under the Heathrow flight path, our impoverished commuter can return home to a spacious country villa or log cabin, hosted in a VR headset.

Jonathan Tustain, co-founder of Freefly VR, is producing escapist VR worlds to reduce stress. With partner Pixelwhipt, he developed DotCalm, a virtual bedroom set in a futuristic skyscraper. A hypnotic voice narrates soothing stories to draw the user into a dissociated state. DotCalm is viewable on Google Cardboard via YouTube. Mr Tustain says: “Most people hear virtual reality and think of fast-paced gaming, but VR offers something far more enticing and therapeutic. Our product is providing users with a sense of calm, peace and sensory tingles to reduce stress and induce sleep.” Virtual spas, rural retreats and other exotic locations are under development. Escapism will be a mainstay of virtual reality.