Ever wanted to see the world through the eyes of an F1 driver? The annual Zoom charity auction gives fans the opportunity to do just that

Zoom has entered its third year in 2015 and the success of this charity fundraising initiative is down to a very simple idea. Although there are many charity auctions in sport, they all tend to follow a similar pattern. The items on offer are usually signed photos of the athletes or signed kit that they use, which tell the buyer very little about the personality of the sports star.

So Zoom was created to rectify that by turning the tables and asking all the drivers and team principals in F1 to take photographs, which would then be signed and put up for auction. Off the grand prix track, it is one of very few events which involves all the teams and all the drivers. They join forces in order to benefit a worthwhile cause – the world-renowned Great Ormond Street Hospital Children’s Charity.

The photos take fans on a journey through the lives of F1’s superstars. They give a window on to the serene jogging trails around Lewis Hamilton’s favourite holiday resort in Aspen, Colorado, and allow fans to look out of the cockpit of Kimi Räikkönen’s car. The images even show F1 history in the making through a photo snapped by former champion Damon Hill in Italy.

This year’s photos, signed by some of the sport’s legends, along with a set of Nikon S9700 cameras, were auctioned by Coys at a star-studded gala event in London earlier this year. More than £50,000 was raised, signalling that money in F1 isn’t a one-way street. 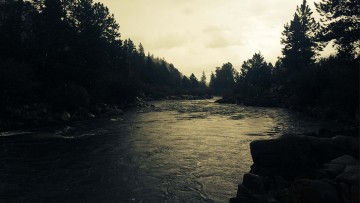 “Let life flow like a river, follow the path it takes you down. Take it as it comes and while you learn along the way, may you help guide the flow in the direction of your dreams.” 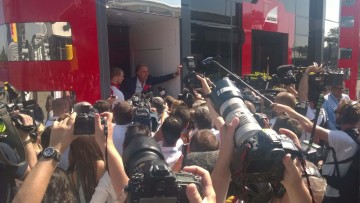 “I was presenting with Sky in the Monza paddock when this mob of photographers appeared and surrounded Luca di Montezemolo. It was a big show, as they say. He was addressing the masses. Curiously he spotted me in the crowd and waved. I wish I had that photo. Luca must have known this would be his last appearance as head of Ferrari… or he was hoping it wouldn’t be. Either way, it was classic Italian political display. Like an emperor in the Coliseum or the Forum, like Julius Caesar. Et tu Brutus?” 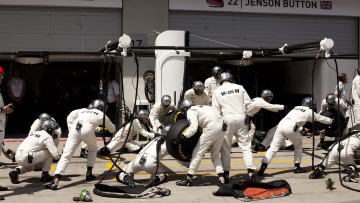 “A view from the pit wall.” 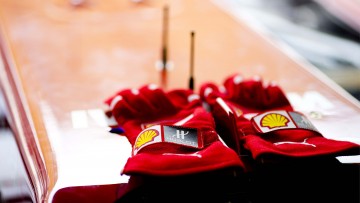 “These are my gloves ready for my return to Ferrari earlier this year. I would rather be in Ferrari than any other team.”