Suntory Beverage & Food GB&I has benefited in several ways from mixing a dash of gemba into its working week. Might other firms prosper by following suit?

As employers and employees alike adjust to hybrid working patterns, many have found it challenging to strike the right balance between home office and head office. While many people have enjoyed the flexibility offered by this model, there are fears that it’s having a detrimental effect on cultural cohesion.

Suntory, the 123-year-old Japanese consumer goods company best known in the UK for drinks brands Lucozade and Ribena, has added a third place of work to the mix. Its subsidiary in the UK and Ireland, Suntory Beverage & Food GB&I, is asking its staff to work three days a week at home and two days at HQ - one of which can be in gemba.

The concept, which translates roughly as ‘the true scene’, refers in this context to the location where real value is created.

The term has its roots in the kaizen (’change for the better’) approach of continuous improvement that was popularised by Toyota, a leading exponent of so-called lean manufacturing. Senior executives at the auto giant are encouraged to undertake ‘gemba walks’, in which they step away from their desks and visit the factory floor to understand the problems facing assembly-line workers and seek out potential improvements.

Suntory has picked up this method and taken it several steps further. Unlike Toyota, it requires its entire 700-strong workforce, not just senior managers, to practice “purposeful gemba”.

The firm’s COO, Carol Robert, explains: “For us, this is really about being where the action is happening. For some employees, that might mean talking to people on the factory floor, or it might even mean following shoppers at the supermarket shelves.”

Robert reports that consumer behaviour has changed radically over the course of the Covid crisis, which means that it’s become more important than ever for the business to keep abreast of their evolving preferences.

“Being closer to shoppers enables us to be more agile and adapt more quickly to changes in our market,” she says. “Similarly, the people working at our factories can inform us which lines are running well. They’re able to tell immediately whether a product is going to be a hit or not, even before we have the sales data.” 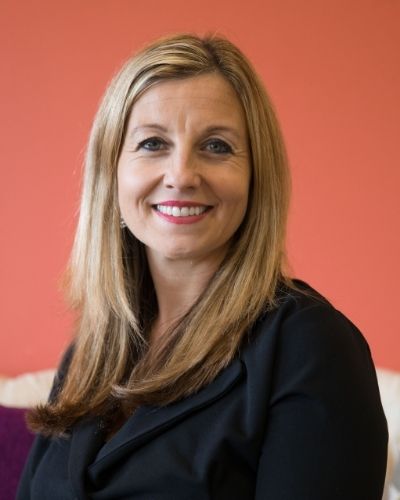 Robert’s own day in gemba this week involved visiting supermarkets and convenience stores to see whether Suntory’s competitors had anything new on their shelves and, if so, how these were selling. She says that she will always pick up “nuggets of information” from speaking to store managers about the latest shopping trends that she wouldn’t have identified from looking at all the data gathered by the company.

The benefits of this approach became evident early in the pandemic when Robert’s colleagues noticed that rival firms were selling larger multipacks in supermarkets. Because consumers were having to spend so much time at home during the lockdowns, they were buying their drinks in bulk. Suntory responded by producing cans of Lucozade in packs of 12 and 24.

“If we’d waited to obtain the data to tell us to do that, we’d have been too late,” she recalls.

With the aid of gemba, Suntory has also developed closer relationships with customers. During the lockdowns, it identified that many were seeking a healthy caffeinated drink to help them sustain their focus while studying and working at home. This resulted in the development of the Lucozade Alert range, which first hit the shelves in September 2021.

“If you become too internally focused, the market can change around you at a real pace and you will soon find that you have not kept up,” Robert says.

She adds that gemba incorporates a much wider set of actions than being consumer-centric. “This is about connecting all the dots between consumers, your customers and your employees – and about how you get meaningful insights from each.”

How applicable is gemba in other contexts?

Robert believes that any business can find applications for gemba, although some may have to break old habits in the process. “People are accustomed to being busy all the time at work, but those are the types of things that get in the way of gemba,” she says.

While adopting the new approach has been a learning experience for the company, it has found that the more deeply that people get involved in the process, the more they realise how beneficial it is in focusing the business on the factors that matter most.

“Through gemba, you spend more time on things that the customers actually want, rather than looking inwards and trying lots of things that they don’t,” Robert says.

After nearly two years of having to work inside in relative isolation, employees can also benefit from stepping away from their desks and making external contacts, she adds. “It’s much better for our wellbeing for us to be out there with curious minds, meeting new people outside the company.”

One of the chief aims of Suntory’s hybrid working policy is to empower people to find the right balance. To this end, it has removed core hours, meaning that there is no period of the working week when everyone must be on the premises.

That has been “liberating” for everyone in the organisation, according to Robert, who adds: “We’re trying to encourage people to be less busy and more effective.”

After all, being too busy stops employees from reaching their gemba, which is, by definition, the source of true value to the business.