After teaching herself to code as a child, it would have taken more than schoolroom discouragement to stop Pauline Narvas pursuing a career in tech. The graduate digital engineer describes her journey so far 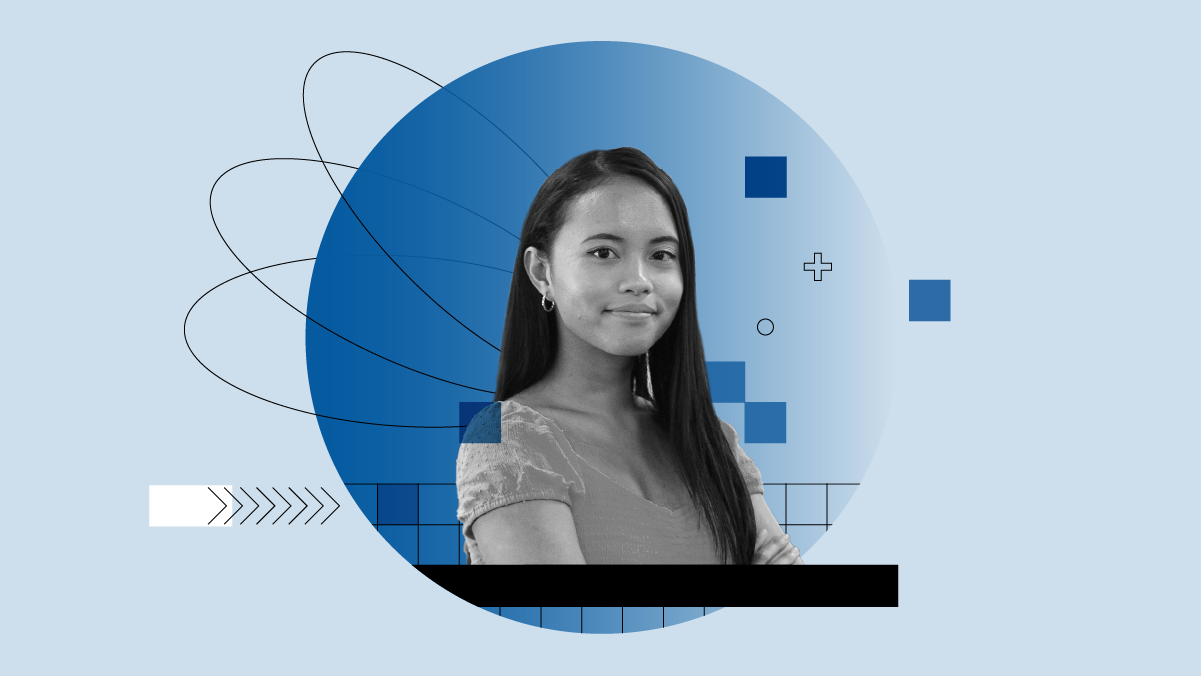 When Pauline Narvas walked into her first computing class, as the only girl in the room she was greeted with, “Why are you here? Textiles is upstairs.” Had her classmates realised that she had been creating websites for years, having started to teach herself how to code at the age of eight, perhaps they might have held their tongues.

It all began with a game. Like many children who grew up with the Internet, Narvas would spend hours playing online. Unlike most children, however, she quickly decided she wanted to build a better version herself, from scratch. “I thought, I need to start with learning how to build a website, and it sort of snowballed from there!” She taught herself how to use editing software like Adobe Photoshop, and would scan in and upload her game design graphics onto the websites she built, creating different ones for different interests, including an early love for High School Musical.

“I was always so curious about how things work. So if there was a button on a website, I’d keep asking myself what line of code changes the colour, which changes the transition, what does this do if I click on that?” This curiosity led her to do the computing GCSE class where she was so badly teased.

Getting started as a woman in STEM

Her mother and friends were nonplussed by her decision to pursue something which was seen as “for boys”, but she did have some support. “My dad said ‘I’ve seen the stuff you’ve been able to build, you have to continue learning about this’. And I had a female computing teacher who really encouraged me to stick with it.” The result was a distinction and near perfect marks in her GCSE, and a passion for technology.

While studying biomedical science at Sheffield University, Narvas joined as many tech societies, computer science clubs and hackathons as she could, and spent some time teaching at the not-for-profit organisation Code First: Girls. All this experience led her to apply to the BT graduate scheme where she now works on the EE brand as a digital engineer.

Her experience as a woman working in STEM has so far been overwhelmingly positive. As with many of the women in this series, she has found that attitude and aptitude trump gender every time, and that finding a company with the right culture for you makes all the difference. “It’s such an exciting place to work because the culture is so agile, there’s the mindset that you want to fail fast so you can learn. It’s refreshing to be part of a continuous improvement culture and it really suits me because I love self-development - I own way too many self-help books!”

How tech companies can embrace diversity

As with many STEM companies who are making strides forward in terms of gender equality, there is an emphasis on mentoring (as a graduate, Narvas has several managers who aid her career progression) and training internally. But what else can companies be doing to make tech a more diverse and inclusive field?

“I think what companies could do more is getting involved with initiatives, like Code First: Girls,  because they know what they are doing. They know what it takes to improve the gender gap.” Beyond partnering with outside organisations, or running your own in-house programme (BT have a programme called FurtHER to train women to code), Narvas believes that sharing the vast variety of roles and people working in tech is crucial.

“It’s so important that women working in tech right now have space to talk about their story. It showcases that the faces of tech aren’t just white, straight, male. Kids growing up think about Steve Jobs and Mark Zuckerberg, but there are so many women who create things which change the world of technology.” She puts forward Ida Tin as an example, the co-founder and CEO of menstrual health app, Clue, and the person credited for coining the term “femtech”.

“Founders like that need to keep sharing their story, having their faces in the news and on social media, because it really helps. When I was doing my computing class, I was heavily discouraged by the fact that I was the only girl in that room, but if I’d been able to see there were women working my dream job, it would have helped me to understand it was temporary and motivated me even more.”