Rachel Higham’s childhood was full of the joys of science and tech, so she knows how important it is to get kids excited about STEM. Internalised misconceptions, however, are stopping many girls’ careers before they start 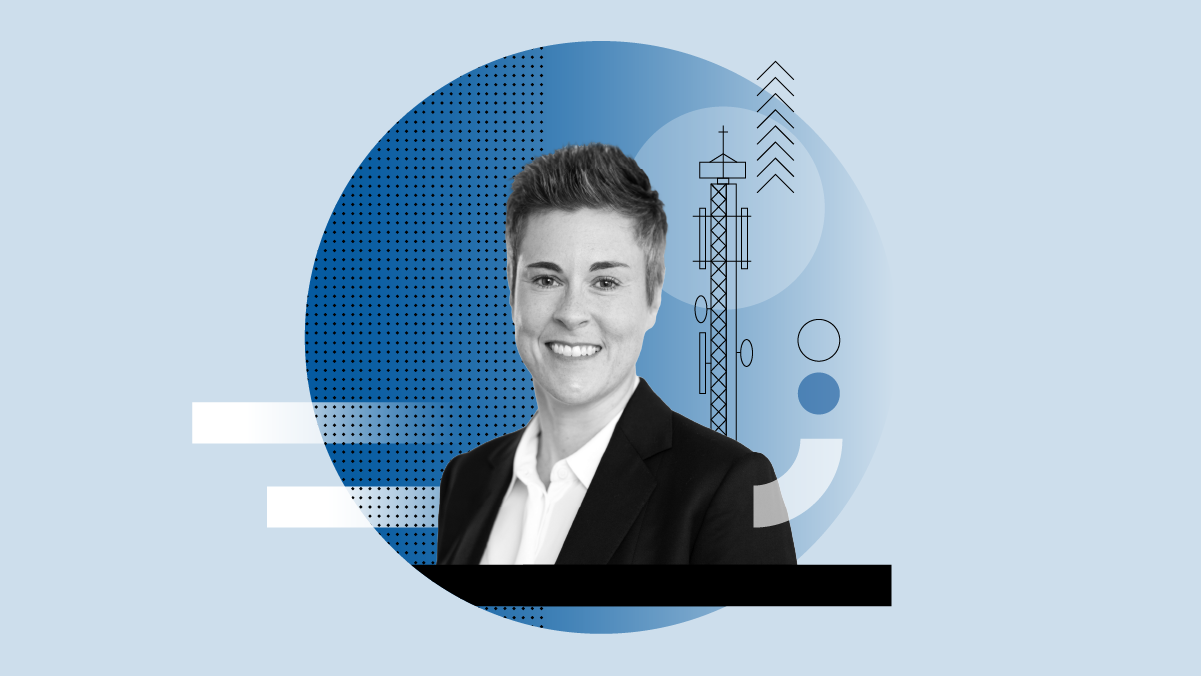 From the very beginning, BT’s managing director of IT, Rachel Higham, had a passion for STEM. From helping her father and grandfather (both engineers) fix cars and VCRs to wrangling with the creative maths problems set by her accountant mother, it was in her blood.

“We had a chemistry set I used to make a mess of the kitchen sink with every Saturday. And we spent a lot of time as a family exploring the Lake District where we lived, so I developed a keen curiosity in the natural world.” Being surrounded by STEM-literate people made it all the easier for Higham to spend her early years building registers on the family’s first apricot computer or coding basic games on the Commodore VIC 20, but she acknowledges that isn’t the case for all kids growing up today.

“The key [to succeeding as a woman in STEM] is realising that you can change the way roles are done, and perform these responsibilities in a whole new way”

“My grandfather had this amazing workshop which was like an Aladdin’s cave and we could break everything apart - clocks, washing machines, cars. Now you can’t open an iPhone without a special tool.” Beyond Lego and Meccano, she says, we now have teaching bots, 3D printing, virtual reality and platforms like Minecraft which can be used to get kids excited about STEM. “But it does take a little more tech awareness from the grown-ups, just as parents seem to have less time off.”

Realising the power of tech early

Her own tech savvy took hold when she was working as an accountant in the mid 1990s, when she saw her clients were starting to think about how they might use their first website. “I suddenly realised that technology would transform every business model and create whole new ones, and I wanted to be part of that.”

She soon moved to Dutch investment bank ABN AMRO to take part in their IT graduate scheme, where her formal IT training began. “This was the start of what I call my proper IT career, my gender never came into it.”

Now, as the leader of BT’s TechWomen programme, she helps support the development of hundreds of women in tech every year. The scheme, which is entering its fifth year, includes five cohorts of around 100 women based in the UK and India. It is co-designed with the participants to help overcome the problems they are facing in progressing their career and it is clearly something of which Higham is intensely proud. “68 per cent of the 2200 women who have gone through the programme have gone on to secure larger roles over the last four years. These women are now role modelling a new way of leading that people are seeing as more relevant.”

It is difficult not to feel inspired by these ambitions, though it is clear that there is still a long way to go. A large number of misconceptions still exist around women’s suitability for STEM careers, explains Higham. “The two that I hear a lot is that there is a challenge on just how deep women’s technical expertise can go - they feel they have to be constantly demonstrating that, whereas they can see their male colleagues are perceived as more credible. The second is that we don’t have the same level of ambition as our male colleagues.”

Both of these frequently manifest themselves in women being offered support roles or managerial roles rather than roles as technical specialists, where it is still a fight to be seen as a potential candidate. The deeper issue, says Higham, is that often women themselves believe these misconceptions, feeling they would be unsuited to high-pressure roles which have traditionally required constant contactability. The key, she said, is realising that you can change the way these roles are done, and perform these responsibilities in a whole new way.

These internalised misconceptions start early, however, even as early as school. “It’s really interesting contrasting the reaction we get when we go into primary schools versus secondary schools,” says Higham. Primary school pupils are given little robots that look like ladybirds, and they use simple push button programming to get the robots to move along a specific route. Secondary pupils get a more sophisticated version on which they use scratch programming, but the differences between the two groups goes far beyond difficulty level.

“In primary schools, the boys and girls are equally engaged in the task, they organise themselves into planners, programmers and testers - they really just embrace it and have lots of fun and work as a team. By secondary schools you very rarely see mixed gender teams, for one, and you see a real variation in engagement. So they’ve already self-selected, they’ve already decided whether it’s cool to like STEM.”

Why we must get kids into tech early

Higham holds media and advertising largely accountable for this gender disparity, but says some organisations are slowly beginning to change. She cites a recent marketing campaign by the Natural History Museum to gender-neutralise packaging of toys, getting rid of the traditional blue for boys, pink for girls, and promoting STEM-inspired playthings equally. “We need advertising agencies and companies to really think about the images they’re using and how they are - accidentally or purposefully - reinforcing stereotypes.”

Ultimately she believes that the biggest shift will come when we start getting all children equally excited in the possibilities that STEM can offer. “We want them to realise that technology is cool and that it’s not about your gender. It’s about changing lives. In my job, I get to design and deliver solutions that are used by millions of people in the UK and around the world, some of which can change lives. It’s amazing.”