Getting into data science has helped Dr Rebecca Pope change the face of healthcare forever but, she says, great scientists don’t always come from where you’d expect 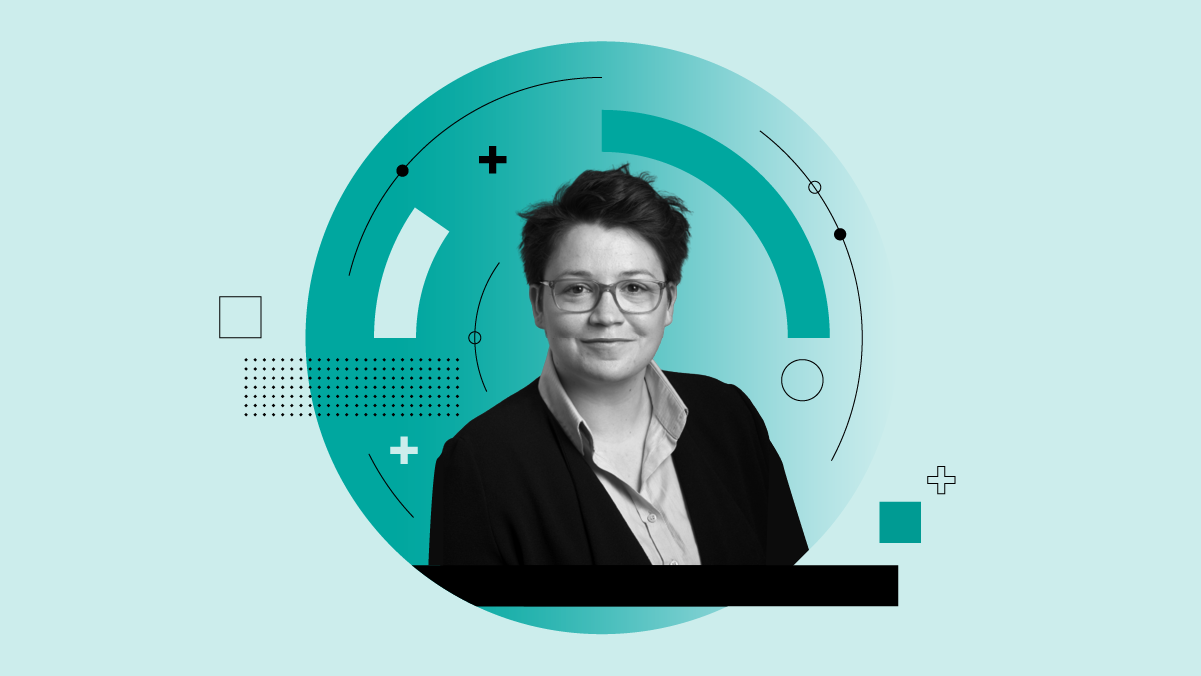 There is no one logical path to a career in STEM. That is the main takeaway from talking to Dr Rebecca Pope, director of data science and engineering at KPMG. A neuroscientist by trade, Pope discovered her love of science while halfway through her A-Levels - all of which were, inconveniently, in arts subjects.

“Sometimes, women say to me, ‘I didn’t build a computer when I was two, I wasn’t a chess champion’ and I say neither was I!”

“At the time, I read a book that completely changed the direction of my life. It was Human Brain: a Guided Tour by Professor Susan Greenfield. I read it and fell in love with - what I didn’t know at the time, but what turned out to be - neuroscience.”

There’s no “right” way to get into STEM

So Pope finished her A-Levels, enjoying books by neurophilosopher Patricia Churchland and neurologist Oliver Sacks in her spare time. Then she spent a year completing extra A-Levels in Chemistry and Biology in order to study Psychology at university - the first steps on her road to working in STEM.

“There are often preconceptions that you need to have a science background to be a scientist - but you really don’t.” Pope receives messages every day from women who want to pursue a career in STEM but don’t believe they have the right foundations. “They say, ‘I didn’t build a computer when I was two, I wasn’t a chess champion’ and I say neither was I! It doesn’t matter if you haven’t done physics or maths or coding. Don’t focus on all the things you haven’t learned because it’s really more about your aptitude and ability to learn. One of the best programmers I know is a historian.”

Pope’s own story bears little resemblance to many people’s preconceived notions of what makes a scientist. “I don’t come from an affluent background, I didn’t grow up with medals hanging on the wall, I wasn’t the fourth person in my family to go to Oxbridge - I come from a very different background than people might expect.”

“It doesn’t matter if you haven’t done physics or maths or coding. Don’t focus on all the things you haven’t learned because it’s really more about your aptitude and ability to learn”

And she too has experienced the imposter syndrome often common to women in STEM careers, in spite of her many clear successes. After her degree, she got a job as a researcher for the NHS, where her boss at the time talked her into applying to do a PhD in clinical neuroscience. What she discovered during this PhD (which focussed on imaging used during brain surgery) now informs clinical practice. After stints at the Wellcome Trust and at a health think tank she applied for a place on an IBM scheme, set up to train people to be data scientists.

“IBM had taken lots of people from CERN and from academia like myself, and put us all in one big melting pot and said ‘we’re going to train you to be data scientists.’ There were lots of physicists in my research group, and I definitely thought ‘God, I’m not a physicist, I’m a neuroscientist, and I don’t have a computer background, I haven’t done much coding!”

How data science will change the world

What she had done is work with data for most of her working life. “Neuroscience is essentially just imaging a large time series problem.” When Pope was at IBM, data science was a relatively unusual field. Nowadays, data is described as being the “new oil”, and data scientists a commodity few large companies could do without. Most importantly, it is a job which can lead to truly exciting discoveries, ones which can have a positive impact on the world.

“I don’t think we do ourselves any favours in the way we describe data science. We can get lost in talking about non-linear algebra, matrix transformations and forget to explain that really the art of data science is translating that into purpose.” Pope explains how computers can be taught to augment human intelligence in order to help policing strategies to reduce knife crime. Or how you can train a computer vision system to spot plastic bottles in a waste refuge site which can be recycled back into the supply chain, reducing ocean plastic. “It’s about connecting data science and artificial intelligence to real-world problems.”

And that was largely the reason why, when IBM asked her to move from using her skills in Watson Health (IBM’s artificial intelligence branch) to using them for the financial services sector, she handed in her notice that very day. “Underneath I thought ‘this is a bit of a career crisis. I’ve been in neuroscience, and that’s great, and now I can do machine learning too…and now I don’t have a job.” So she wrote a computer script which would scan LinkedIn to find anyone with the terms ‘healthcare’ and ‘director’ or ‘partner’ in their title to send her CV.

A reply swiftly came from a director of KPMG’s healthcare practice, who thought the work the firm had done on helping NHS clients use machine learning and predictive analytics might be up Pope’s street. Now she is the director of part of the technology practice, leading large teams to use artificial intelligence in an ethical way to improve patient care on the front line.

The importance of mentors and role models

While she is not occupied with this life-saving work, she is a mentor as part of KPMG’s IT’s Her Future scheme, designed to tackle gender diversity and encourage more women into technology careers. “One of the reasons that I have stayed at the firms is because I think we are genuinely moving the dial - IT’s Her Future is an award-winning initiative and something that I’m truly proud to be part of.”

Pope describes how the scheme has helped one of her mentees in particular. Although part of the technology practice, she had no technology background. Having taken part in IT’s Her Future and working with Pope, she has now joined the data science team and is part of the cloud operations part of the practice. “She had no technological background and now she is a Python developer. I look at that story with genuine pride, because I’ve learned a huge amount from her about her challenges to become a technologist. I like working somewhere that can give you that network and enable people to move laterally, to follow the careers they want to follow.”

It is the power of mentorship and role modelling that Pope believes will really change things for women in STEM. Throughout her own career, there is a trail of strong female role models who have made her path clear for her - from the boss who encouraged her to do a PhD to Professor Susan Greenfield who first sparked her love for the intricacies of the human brain. But being a truly impactful role model means being more than a passive figurehead. “Seeing people succeed is really important, but I’m also a firm believer that empowered women empower women. I’m only in the position of being a director because I went to a firm with the right environment to flourish as a gay woman, as someone with dyslexia - none of those things have been a structural barrier for me. I just hope that in accelerating my career, I’ve also helped others up the ladder, whatever that ladder is and wherever it leads.”