Why British beauty is booming abroad

Given their often immaculate complexions and national love of technology, you would expect the Japanese skincare market to be fully focused on scientific advances. Yet it’s a British brand, famed for organic beauty, which has amassed 60 per cent of its sales, outside the UK and US, in Japan.

In seven years, Neal’s Yard Remedies has increased international turnover by 205 per cent, opening 15 stores in Japan alone. In Russia too, British expertise in naturals is propelling sales with handmade beauty purveyors Lush increasing revenue by 12 per cent in the first quarter of 2016.

But it’s more than their green credentials that have tills ringing. Boasting a quintessentially British personality, home-grown brands are tapping into their unique character to stake a place in the worldwide market.

“British beauty brands doing well abroad have a strong identity that they maintain in their overseas stores and counters,” says Vivienne Rudd, Mintel director of global insight and innovation, beauty and personal care.

Helen Cooper, managing director of Neal’s Yard Remedies, agrees: “Consumers value the craftsmanship and quality of British beauty brands that have a trusted and reputable heritage.”

These pillars of heritage and craftsmanship, combining a reputation for inspired innovation and savvy solutions, are propelling ‘brand Britain’ into the global beauty spotlight as the go-to for smart shoppers.

A case in point is when facialist Emma Hardie’s range arrived on American home shopping show Evine in 2015, her Moringa Balm cleanser sold out before the broadcast ended. Also, this year in Australia, Plump & Glow Hydrating Mist was out of stock four minutes after being launched on TVSN. Not bad for a brand that started life just seven years ago in England. Similarly, since its 2001 inception, Nails Inc has amassed 5,588 premises globally, and in the US sold out of their spray-on polish Paint Can last November and the Matchbox lip and nail duos this month on their launch dates.

And when James Read Overnight Tan Sleep Mask, which tans while it plumps the skin with hyaluronic acid, was mentioned in US Vogue on the product’s launch in 2013, the entire stock flew off shelves in three days.

Boasting a quintessentially British personality, home-grown brands are tapping into their unique character to stake a place in the worldwide market

“People were using self-tanners as a summer product instead of all year round,” says Mr Read. “My goal was to open up the market by combining skincare and tanning, making it part of a daily regime. Innovation and introducing people to products they didn’t necessarily know they needed has made the brand a success with international markets.”

Indeed, his approach has even succeeded in selling tanning products in countries where they were hitherto eschewed, including Denmark and Sweden, by restoring confidence with formulas that cater to all skin tones and tanning tastes.

The secret of success

“This year, many home-grown brands are more than doubling their international business with us in markets such as France, Germany and the Nordics. These bestselling British brands include Burberry, a pillar of British fashion and beauty, which is seeing particular growth in make-up, while skincare such as This Works, Sarah Chapman and Emma Hardie are also proving popular with international consumers looking for unique, results-based formulas.”

French multinational cosmetics chain Sephora recently recruited This Works for more than 32 stores in Asia, while in Europe the British brand will be available at another 800 Sephora stores from January.

The secret of the global success of this 13-year-old company? “We’ve always been proud to be a British company with R&D and manufacturing based in the UK,” says chief executive Dr Anna Persaud.

“British brands are widely perceived by the global consumer as being luxury, high quality and trustworthy. By staying true to our roots in our tone of voice, our trials and testing processes, we have established a level of trust with consumers. By developing products inspired by global emerging ingredients and rituals, we can ensure that we remain internationally relevant.”

Creating companies with iconic products and worthy credentials makes British brands highly sought after too by bigger players that understand history and personality need to remain at their heart. Yardley, now a subsidiary of Indian-owned Wipro Enterprises, sells in more than 30 countries with around 90 per cent of sales outside the UK.

“Yardley London’s British heritage, whether it’s our insistence on UK manufacture, Royal Warrant appointments or the fact the fragrance house was established in 1770, plays an integral part in the brand’s positioning and unique selling proposition,” says managing director Quentin Higham.

“Customers are reassured by our longevity and reputation for affordable, but high-quality, products. We like to think that Yardley London and Great Britain share the same values of authenticity, responsibility, leadership and quality.”

Although owned by Estée Lauder since 1999, Jo Malone London creates a heritage collection every year that celebrates a unique aspect of British living. Past creations have championed English puddings and the herb garden. Next year the collection will draw inspiration from the Bloomsbury Set.

“The Britishness that makes Jo Malone London internationally appealing is threefold and relates to enduring perceptions of British quality, British style and the magical appeal of the British landscape itself,” says Celine Roux, fragrance director.

“There is a real interest in British culture and people respond to the quirkiness of our scents and the stories behind them. Being British is part of our identity and we have found it’s an intriguing aspect of our brand in all markets.”

It’s an approach with unequivocal success as in each of the 11 Asia-Pacific countries where Jo Malone is present it ranks in the top three fragrance brands. 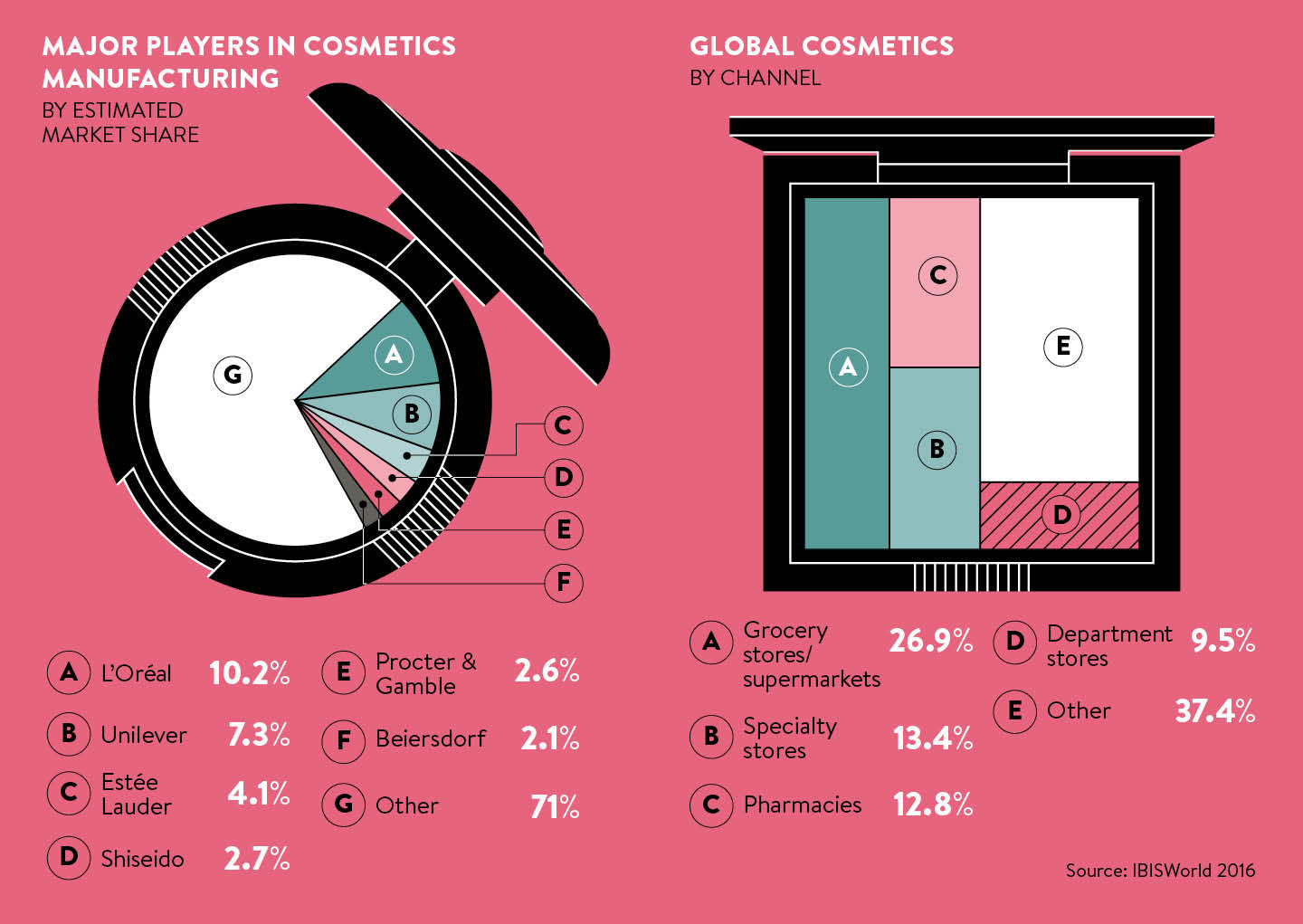 Meanwhile, international trends are gaining traction in Britain, as brands channel their own national identity into beauty buys to boost core growth abroad.

“The smallness of the world, where we shop from our armchairs, is a real bonus to indie companies,” says Anna Marie Solowij, co-founder of online beauty retailer beautyMART. “The moment a brand from outside the country arrives, it speaks of another culture and space, which is very intriguing.”

Asian beauty brands, for example, fuelled by the boom in the nascent Korean beauty trend, are now so popular that they warrant their own section on sites including beautyMART and Cult Beauty. In fact, beautyMART note Korean products are their bestsellers since launch four years ago, with the Korean Magic Peeling Mitt the top purchase across the entire site.

“After technology, beauty is the second biggest industry in South Korea, so you have that perfect combination of tech and science with a fast turnover,” says Ms Solowij. “It’s niche-thinking with a global reach.”

With softer fanfare, Scandi style – from design to fashion and now beauty – has transitioned from alternative to mainstream. “Scandi chic isn’t really a thing for UK beauty yet,” says Mintel’s Ms Rudd.

“Brands like Verso, Estelle & Thild and FACE Stockholm are well regarded, but have limited distribution and so aren’t really on the radar of most UK beauty shoppers. However, the attention being given to Scandi fashion and the concept of “hygge” may well shine a light on Scandi beauty brands, encouraging more to enter the UK market. These brands are often positioned as streamlined, natural skincare and make-up options with stylish packaging and formulations, all of which will appeal to consumers here.”