It’s five-o’clock in the morning and the sun is rising over Sule Pagoda, turning the sky gold and orange. On the corner of Maha Bandoola and Kon Zay Tan streets, in the heart of the Indian Quarter in the city of Yangon, tea shop buzzboys lay out the tables and coloured plastic stools where local men and women sit as they catch up on current events or quietly read the newspaper.

Yangon sleeps early and wakes up even earlier: at this time in the morning it’s easy to find a food joint that will serve you the traditional mohinga (noodle soup and fish) and lapeiyeh (black tea with condensed and evaporated milk) for about £1. Taxis and trishaws are already running as locals go to work, or gather in parks for yoga and tai-chi practice.

Daily life in Yangon is pretty much like being in a time capsule. In a country that remained isolated from the rest of the world for over forty years, what you see is refreshingly unique: while younger generations are slowly becoming part of the digital world of Facebook and Twitter, older people still prefer to socialise outdoors over tea, relax in the shade or take strolls in parks – the parks here are well-kept and built around lakes, with long boardwalks, leafy trees and hideouts for couples looking for some privacy away from the watchful eye of their parents.  Out on the sidewalks, thousands of people set up shops each day offering goods and services from street food, fixing umbrellas by hand, repairing sewing machines, cutting keys or selling smart (and not so smart) phones. 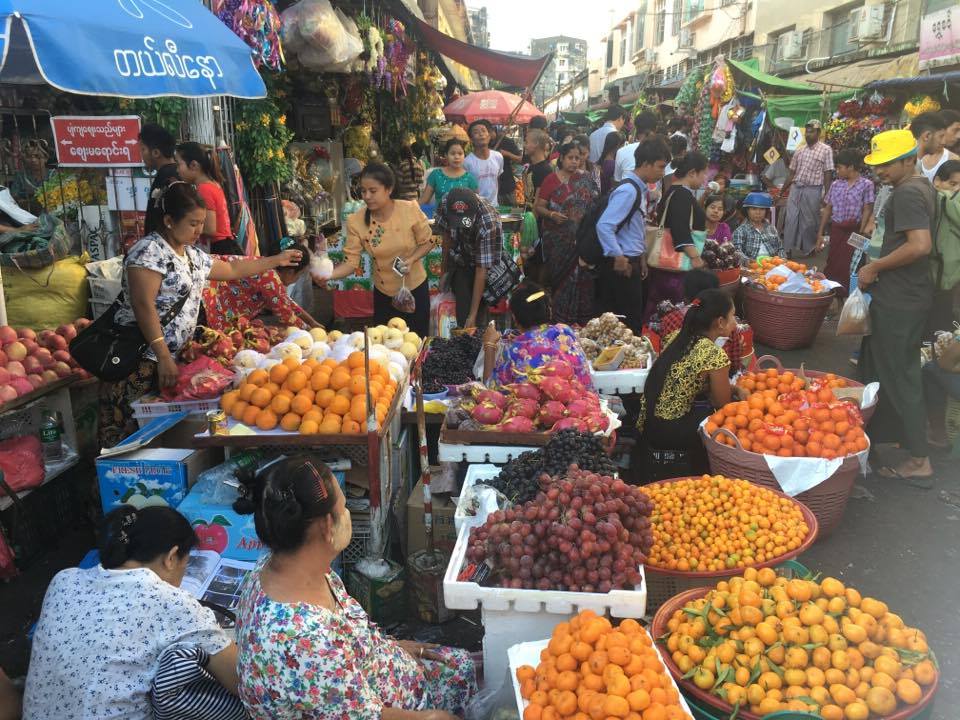 The Myanmar people are said to be amongst the friendliest in Asia. They are genuine and relaxed, respectful and humble. Yet, beneath all of this, lies a deep sense of pride, nationalism and almost blind love for their leader, Nobel Peace Prize-winner Daw Aung San Suu Kyi.

The best place to get an idea of local idiosyncrasy and thought is by talking to locals in tea shops. Locals will also readily try to practice their English with foreigners and will happily discuss politics. And, unlike other places in Asia, it’s highly improbable a foreigner will be hassled to buy or pay for anything. The Myanmar people are easygoing when they bargain and negotiations usually end with both parties smiling happily.

Much of life in Yangon revolves around religion. Early mornings are a time for monks and novices to go on alms while people line up to offer food to them. Evenings and mornings are times when people of any denomination go to their respective places of worship to pray. Calls to prayer from mosques and sermons from temples are heard on loudspeakers all over the city. The people are, for the most part, deeply engaged in spiritual practice. Individuals of all ages go to meditation centers during the holidays to become a ‘monk’ or ‘nun’ for limited time. Plus, many of their Facebooks posts are related to their practice and ‘doing good deeds’. Accumulating merit is an important to this nation: people flock to temples and pagodas with money and food, to wash the Buddha’s head, or simply pray. The effect of this can be seen in simple things: there are no muggings, it is completely safe to walk alone at night and you can leave your shoes outside your house knowing they will be there in the morning. Even if you forget a bag, keys or phone somewhere public it’s likely they’ll get returned to you – a short while back, a backpacker left a bag in a taxi, which contained his passport, credit cards and money. The driver found the traveller and returned everything the same night. 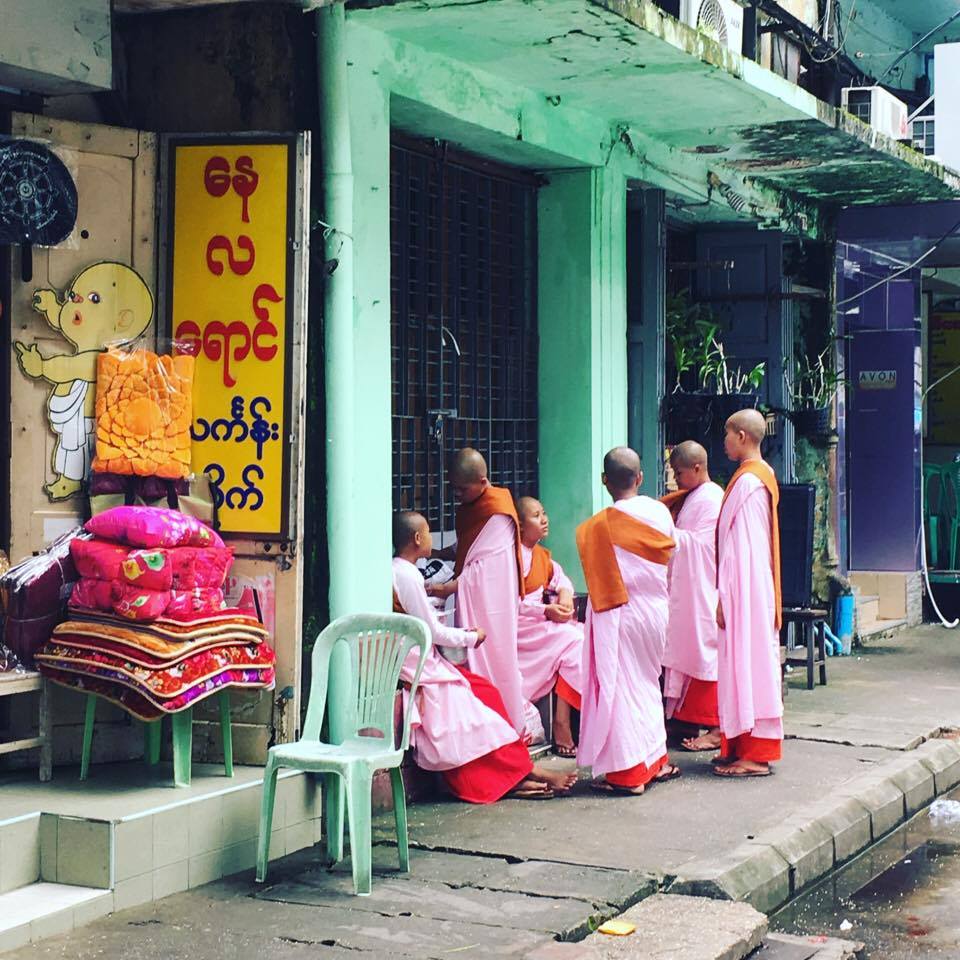 The concept ‘cash-economy’ has a whole new meaning in Myanmar. Due to foreign sanctions, there are almost no credit cards, most people pay cash for everything. Bank transfers are done by withdrawing money from one bank, taking it to the other and making a deposit. As a result, people walk around with their wads of cash in plastic bags. Shops, as well as banks, have massive note-counting machines with one professors job dedicated to keeping these devices clean and functioning – using a feather duster!

Another interesting fact about life in Myanmar is the dating culture. For most locals, dating means marriage. There’s no such thing as going on dates for fun, cohabiting or dating just to get know each other. Relationships are taken very seriously and the pressure on both sides is intense. Dating is usually kept within ethic groups,  with foreigners is frowned upon ad. There are Indian-Burmese, Chinese-Burmese and Burmese, and each group holds tightly to their customs and traditions: marrying outside of one’s group is rare and heavily discouraged.

So, life in Yangon is a daily adventure that usually leads to the discovery of quirky, unique elements of a society that are welcoming and genuine; both humble in their demeanour and proud of their history and heritage. It is a place that still offers many mysteries for those willing to sacrifice western modernity for a journey into the past. 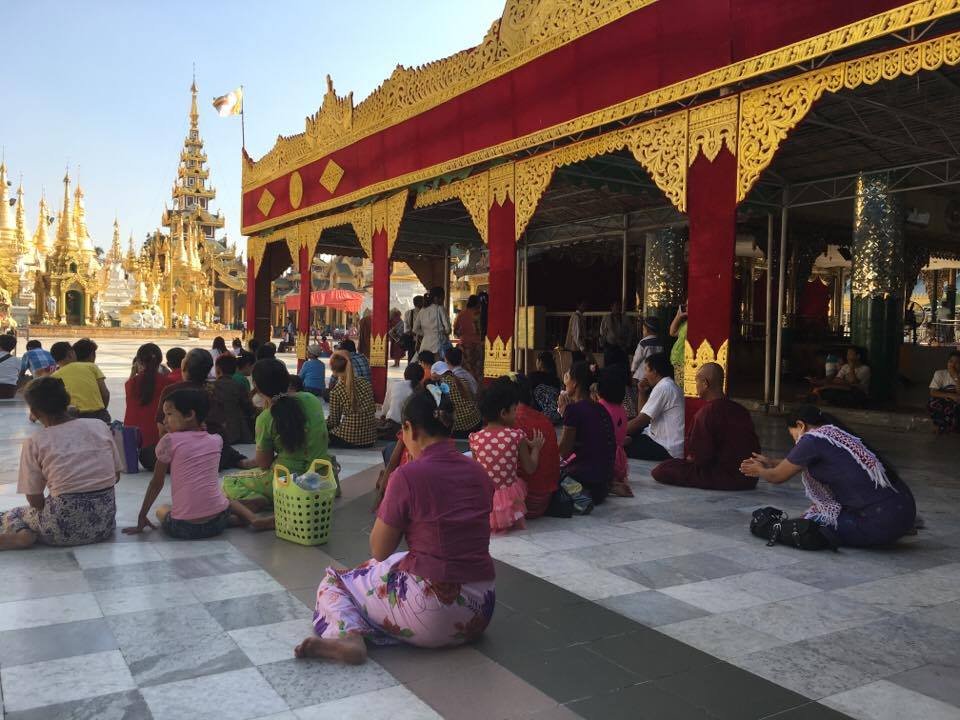