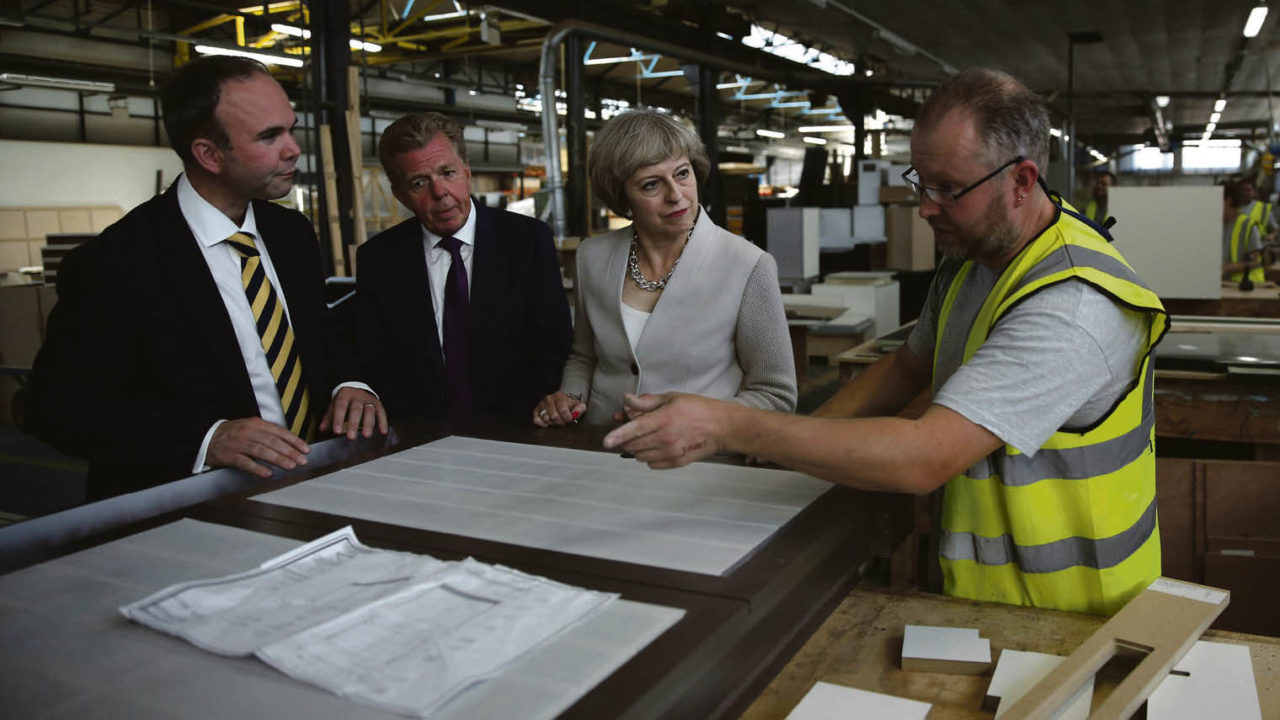 While UK political life will be dominated for the foreseeable future by Brexit, not far behind in terms of attention will be industrial strategy. Theresa May set the wheels in motion with the announcement that the UK is to have a “proper industrial strategy to get the whole economy firing”.

Civil servants in the newly created Department for Business, Energy and Industrial Strategy are expected to spend the next six months adding detail to the prime minister’s vision.

The new policy thrust could set the stage for a fresh effort to stimulate  manufacturing, which even though it accounts for only about 10 per cent of total UK output plays a disproportionate role in spreading wealth, skills and technological ideas throughout the economy. Accordingly the strategy is expected to include a package of measures to boost manufacturing covering areas such as skills, finance, general manufacturing awareness and import substitution.

Mrs May’s push for an industrial strategy is likely to take the government further than the moves in this direction during 2010-15. The then-business secretary, Vince (now Sir Vince) Cable, was responsible for several key initiatives, but with muted support from the rest of the government.

In 2013 he set out his thinking on why stronger connections between government and industry were important. “A stronger economy won’t be built overnight. It won’t simply emerge of its own volition. It will come from long-term thinking and the government working in partnership with business,” he said. “Our industrial strategy is… strengthening manufacturing supply chains, supporting new designs and developing skills.”

Assuming Brexit happens, the UK will have more freedom to aid companies as the government will no longer have to comply with European Union rules limiting state aid

But the Liberal Democrat’s efforts failed to win support throughout the Conservative-led coalition. Following the Liberal Democrats’ removal from government after the 2015 general election, the idea of an industrial strategy faded away, only to return unexpectedly following Mrs May’s elevation.

Part of the new policy discussions is likely to concern import substitution. Manufactured goods are the biggest component of world trade. The production sector therefore has a big impact on the UK’s position in world trade. If the UK is to narrow its enormous trade deficit, which in 2015 stood at £38.6 billion or 2.1 per cent of gross domestic product, it will almost certainly need to increase its manufacturing exports.

The new strategy could include measures to trigger a large increase in “reshoring” of production facilities, in part capitalising on the lower value of sterling and the potential for new technology to make UK-based manufacturing internationally competitive. This would involve selective assistance to businesses that had a strong competitive position in certain areas of manufacturing, for instance in car components or specialised electronics, and where a boost to UK production would lead to lower imports.

Assuming Brexit happens, the UK will have more freedom to aid companies following such a course of action as the government will no longer have to comply with European Union rules limiting state aid.

Other measures that the new strategy could set in train are policies to boost skills useful to manufacturing, including engineering and design, and fiscal initiatives to increase the incentives for investors supporting new ventures.

Also important could be promotional efforts to raise awareness about new forms of manufacturing, some way from the traditional forms factories of the sort that most people in the UK know about, that Britain could benefit from.

One example could be production of new sorts of medicines and diagnostic kits created from a combination of genetic engineering, automated machinery and the engineering of specialised reactor vessels.

A key part of the new strategy would be an assessment of where the UK excels in manufacturing and where it lags behind. The former are the areas where government action could have the biggest impact. There would be no need to spend large sums on government handouts. A lot could be achieved through general promotion, a modest tweaking of policies in fields such as training and research and development support, and targeted tax incentives.

A good candidate could be based on the concept of “massively digitised manufacturing”. This is sometimes referred to as being part of Industry 4.0 or the industrial internet, the so-called internet of things.

In a town or city, engineers could create networks of thousands if not millions of sensors monitoring everything from air pollution to pedestrian accidents. Such machine-to-machine linkages could also supervise and control energy use. The sensors in these networks could be placed in public infrastructure – roadside lights or park benches – and also inside private buildings. Companies working on such a project would include businesses making a variety of connected pieces of hardware as well as those creating new sensors and software. It would be a convincing way of showing UK industrial strategy has practical purpose.