Following Liberty Media’s acquisition of Formula 1 in January, questions remain over whether the sport will face revolution or evolution

Formula 1 took a step into the unknown in January with the acquisition of the sport by Liberty Media. A complex deal suggests the new owners see great potential in the already-profitable sport.

So, what will change?

While fresh ownership is not totally alien, what is new is the leadership structure as Bernie Ecclestone was made chairman emeritus and replaced by the trio of Chase Carey, Sean Bratches and Ross Brawn.

Most changes will take time to implement, but the removal of Mr Ecclestone was a clear message from Liberty that it means business.

As chief executive as well as chairman, Mr Carey will act as the central figure in difficult discussions behind the scenes. In essence, he is the new Ecclestone, but the supporting cast of Mr Brawn and Mr Bratches highlight just how different the approach to F1 ownership will be.

Mr Brawn’s role is predominantly on the technical side. For the first time, F1’s owners will have a department dedicated to the planning of future regulations, working alongside the Fédération Internationale de l’Automobile – the sport’s governing body otherwise known as the FIA – to try and give themselves a better product to sell.

“While we are not a racing team per se, we are a team and the fact there are three of us now carrying out a role that used to be handled by Bernie, I think is making a statement about where we want to go,” Mr Brawn says.

“Certainly the role that I’m going to perform hasn’t been done by FOM [Formula One Management] before. My role will be to be proactive to work with the teams, work with the FIA to find the right solutions to make our sport as great as possible in the future.

“By great, I mean close racing, healthy teams, true meritocracy of drivers and all the things we know we’d have in a perfect world. We want to try and build that perfect world, certainly from a racing side.”

If Mr Brawn can deliver that aim, then Mr Bratches will have an easier job monetising it. The American has three decades of experience in the sports media business and will work with sponsors and promoters, as well as increasing F1’s digital presence and handling its media rights business.

As such, Mr Bratches can have a more immediate impact. Already there are small changes such as an easing of social media restrictions for teams, with Liberty focusing on ways of complementing its media rights offerings rather than simply ring-fencing broadcast content. 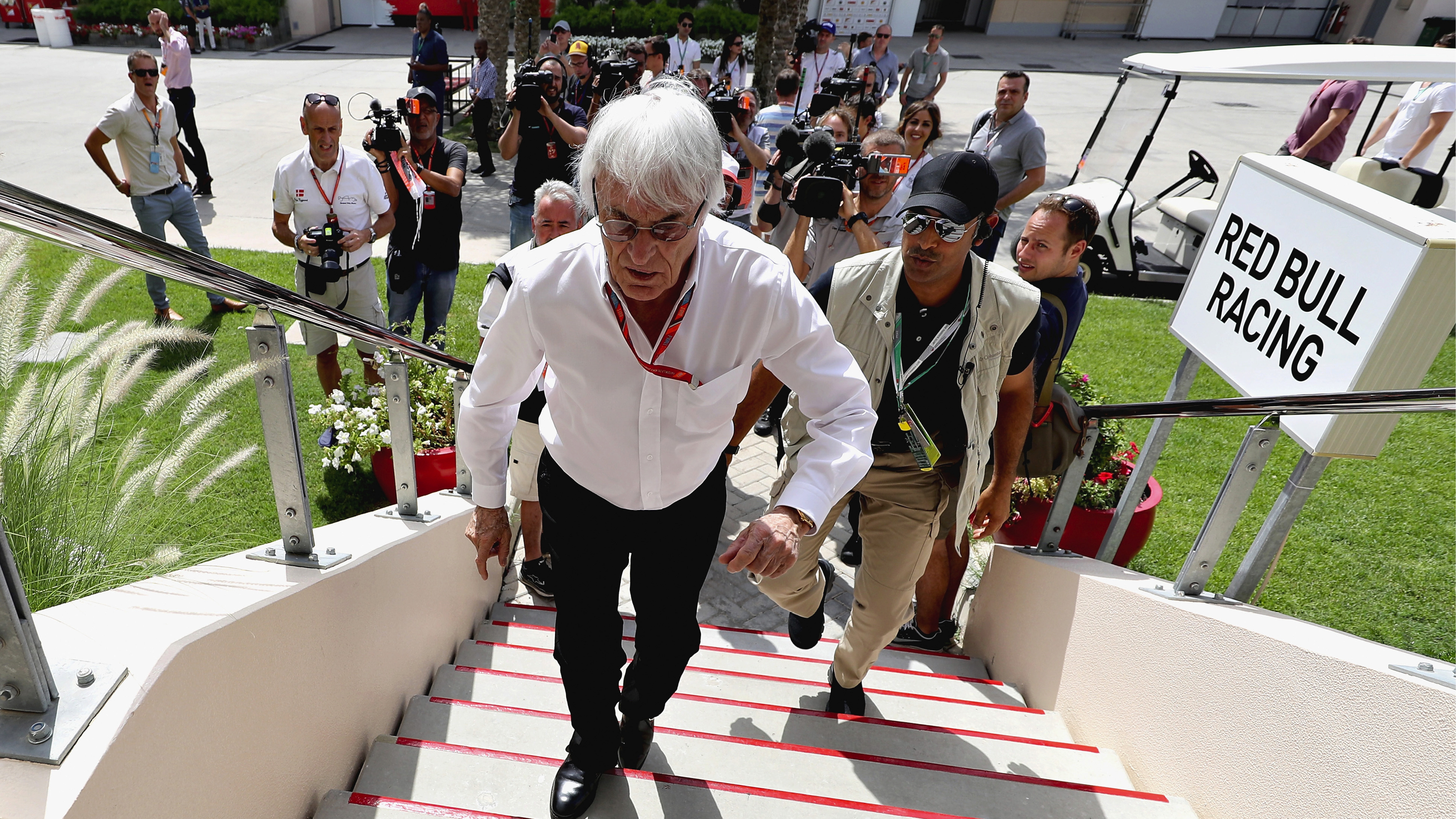 One of the sport’s biggest sources of income is the race hosting fees, and on this front there is already movement. Calendar changes were always likely as Liberty wants to protect the European heartland but exploit the untapped potential of the United States. To do so, some races need to be replaced, and Malaysia has already ended its deal one year early.

“So we end up with races in places like Baku in Azerbaijan where they paid us a big race fee but it does nothing to build the long-term brand and health of the business. Our job is to find partners that pay us well but also help us to build the product and it’s incumbent upon us to bring best practice.

“Some of the races which are considered the most exciting – Abu Dhabi, Singapore night race, Mexico City – what’s going on well in those races? We need to share that better with the promoters in each of the cities where things are less successful.”

One thing Mr Maffei’s comments highlight is Mr Ecclestone’s need for quick profits. The biggest difference under Liberty will be a more long-term view, at times forsaking the immediate return in favour of strengthening the sport overall and growing its all-round value.

But there are more difficult discussions to be had within the sport. Liberty wants to move towards a more equitable revenue distribution, which will be met with resistance if any team sees a reduction in its earnings. The thinking here is a more even split of resources for the teams will lead to closer competition and also make it easier to implement a cost cap if desired.

Fortunately for the new owners, the contracts governing such payments run until 2020, giving it plenty of time to show improvements in other areas before needing to get teams on board.

F1 made huge profits under Mr Ecclestone, and Liberty won’t want that to change, so the name of the game is evolution rather than revolution. 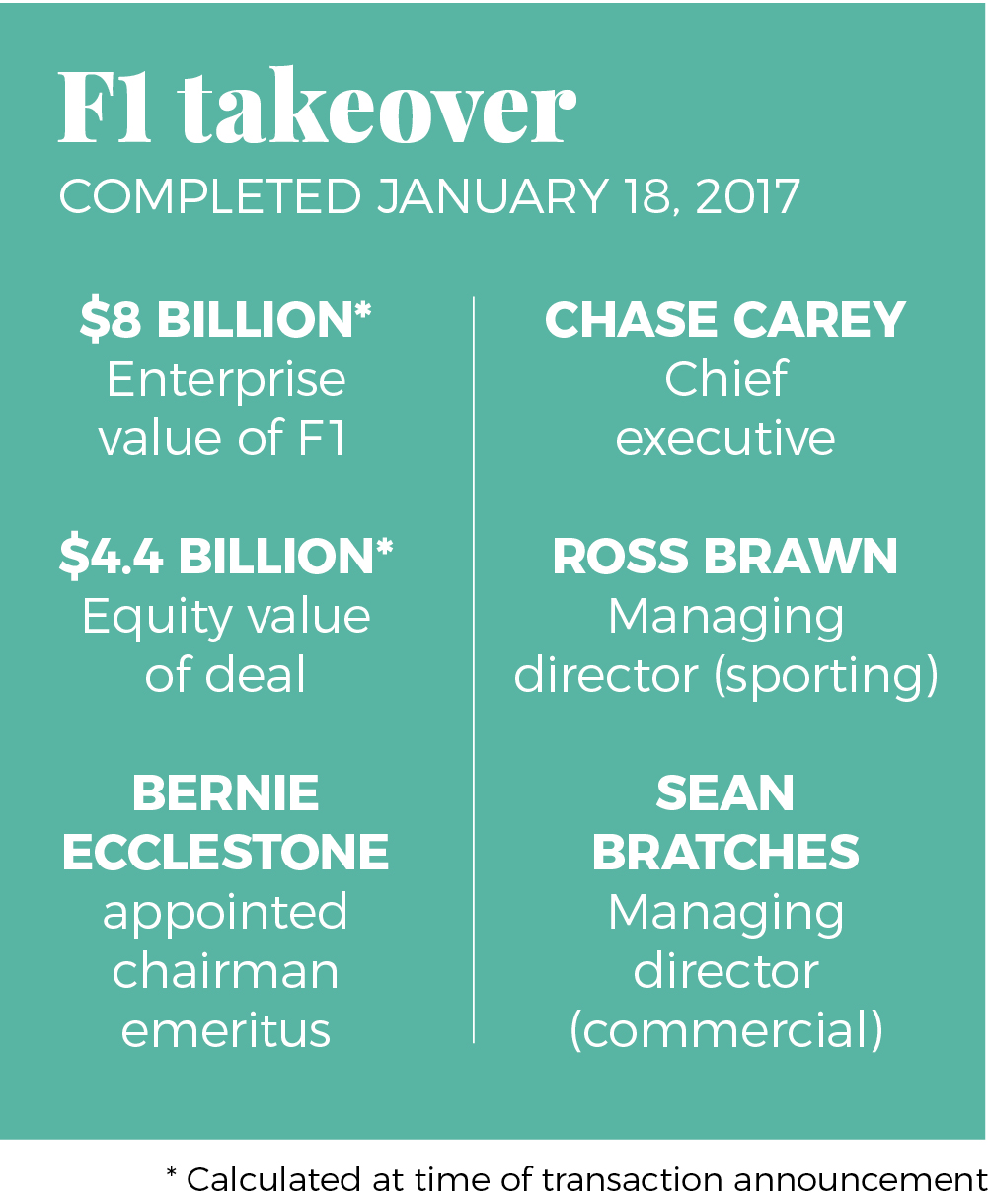