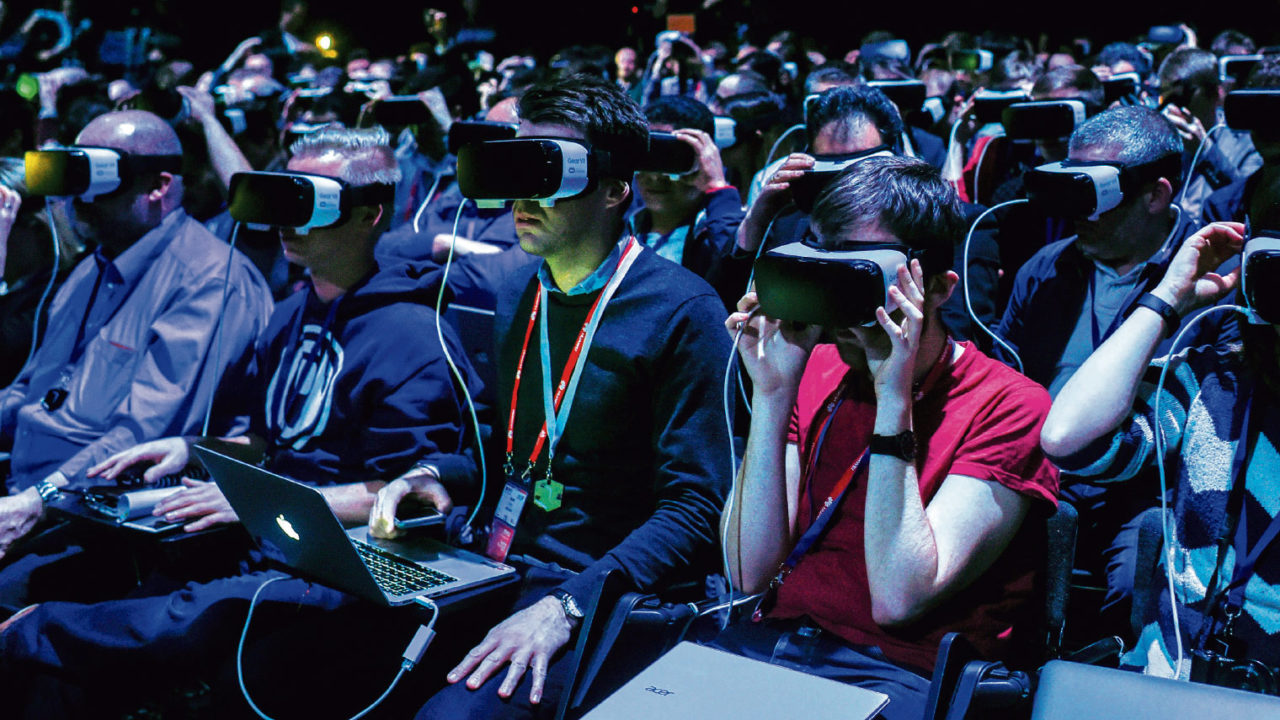 A group of schoolchildren are watching an ancient sea dragon peel itself off the walls of London’s Natural History Museum and come back to life. But it’s not just kids who marvel at what virtual reality (VR) is already capable of, it’s grandparents, factory workers, doctors, even jaded technology journalists. Research firm CCS Insight predicts that 800,000 VR headsets will sell in the UK in 2016 and 15 million worldwide. It’s not smartphone numbers, but for essentially year one of sales, it’s mighty promising.

When we talk about VR, we’re talking about those boxy, closed headsets with high resolution displays, lenses and head-tracking sensors. They are designed to visually immerse the wearer in 360-degree videos and computer-generated animation with 3D audio and vibrating or rumbling accessories and controllers to enhance the effect.

So far in 2016, VR has been dominated by PC accessories – the HTC Vive and Facebook-owned Oculus Rift – which have been in tens of thousands of gamers’ houses for six months and Samsung’s £80 Gear VR headsets which are powered by Galaxy phones.

October is shaping up to be a game-changing month for VR. Google is detailing top-tier content (HBO, IMAX, Hulu) and hardware (Samsung, HTC, LG) partners for its new open Daydream platform, Facebook’s Oculus Connect conference is this week and Sony’s PS4-compatible PlayStation VR finally ships on October 13. It should sell millions. 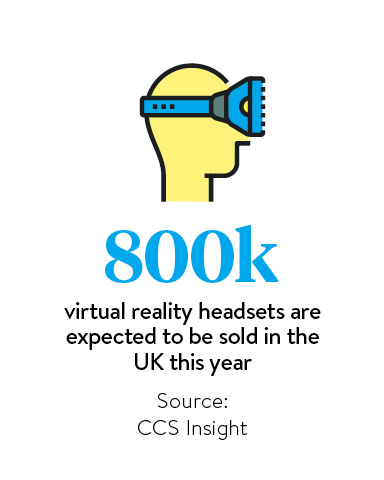 By the end of the year, IMAX will have opened VR centres in Los Angeles, London, New York and Shanghai, and Utah-based The Void is planning to roll out multi-sensory, group VR experiences at arcades around the world. A prediction: thanks to Google and Sony’s affordable headsets and new arcade-style centres, VR will be mainstream by Christmas.

“It has become almost impossible to miss VR in the last 12 months,” says CCS Insight’s Ben Wood. “The New York Times sent cardboard headsets to 1.5 million subscribers and McDonald’s created Happy Meal boxes in Sweden that could be turned into VR viewers. To drive the take-up there needs to be a steady stream of compelling content beyond games.”

A new wave of influential creators is beginning to get involved in VR. Facebook and YouTube both now support 360-degree video. Oculus just won an Emmy for its animated short film Henry and every day a new studio, director, developer or artist announces a VR series, livestream or app. Batman, Call of Duty, Bjork, Amazon Video, Netflix, Star Trek, Minecraft, the Olympics, Sky Sports F1, New York Fashion Week, if you’re not experimenting with VR in entertainment, you’re leaving yourself behind.

And yet, the common thread in high-profile interviews is that augmented reality (AR) is more difficult to get right than VR, but has a longer-term future for entertainment, business and fundamentally shifting how we interact with computers. AR, in its most recent forms known as mixed reality, refers to smartglasses, helmets and visors which layer realistic, 3D animated visuals over the real world.

Apple chief executive Tim Cook has said AR is the “larger of the two, by far” because VR encloses the wearer in a way that AR doesn’t, and Oculus has admitted that getting virtual game characters, for instance, to inhabit the same space as real humans and objects could take years, not months. Lighting computer generation correctly to match the physical room is a particular challenge. Still, Apple will soon be one of the only smartphone makers without its own headset, although iPhones can access cardboard apps. Instead it is rumoured to be making early moves into AR.

Microsoft with its HoloLens helmet, Intel’s Project Alloy prototype and Florida startup Magic Leap, which has $1.5 billion of investment behind it, have been demoing futuristic mixed reality experiences throughout 2016. Magic Leap is more secretive, but we’ve seen demo videos of everything from R2D2 and C3PO in AR to how medical students could learn human anatomy with the headgear.

Microsoft’s $3,000 development kits can now be bought by the public, but with its small field of vision for the AR visuals and that price, this is no complete consumer product. The technology – displays, lenses, batteries – is what must improve for AR to hit critical mass. Everyone from Nasa to film director Peter Jackson is waiting.

Being immersed in another environment or viewing digital content over your field of view isn’t just disrupting entertainment. Developers and startups continue to explore AR and VR’s uses in industry, retail, education, healthcare, therapy and journalism.

Instruction and training are being overhauled by innovative uses of the technologies. Osterhout Design Group’s AR smartglasses are being used for telepresence for in-flight emergencies so doctors can instruct air crews while they’re still in the air. And Meta’s headset targets both architects, for remote assistance, and teachers, for lessons on chemistry and solar systems. Still, it’s experimental.

“We were too optimistic about how quickly AR would be adopted,” says Mr Wood at CCS Insight. “The devices are too immature and most deployments are small pilot studies. We need devices with better battery life and improved field of view, and companies need to see tangible benefits. We expect pilot projects to evolve in 2017 and are sure we’ll see momentum build in coming years.”