Major cities are forging ahead with plans to cut greenhouse gas emissions, but buy-in from key stakeholders is vital to achieve measurable change 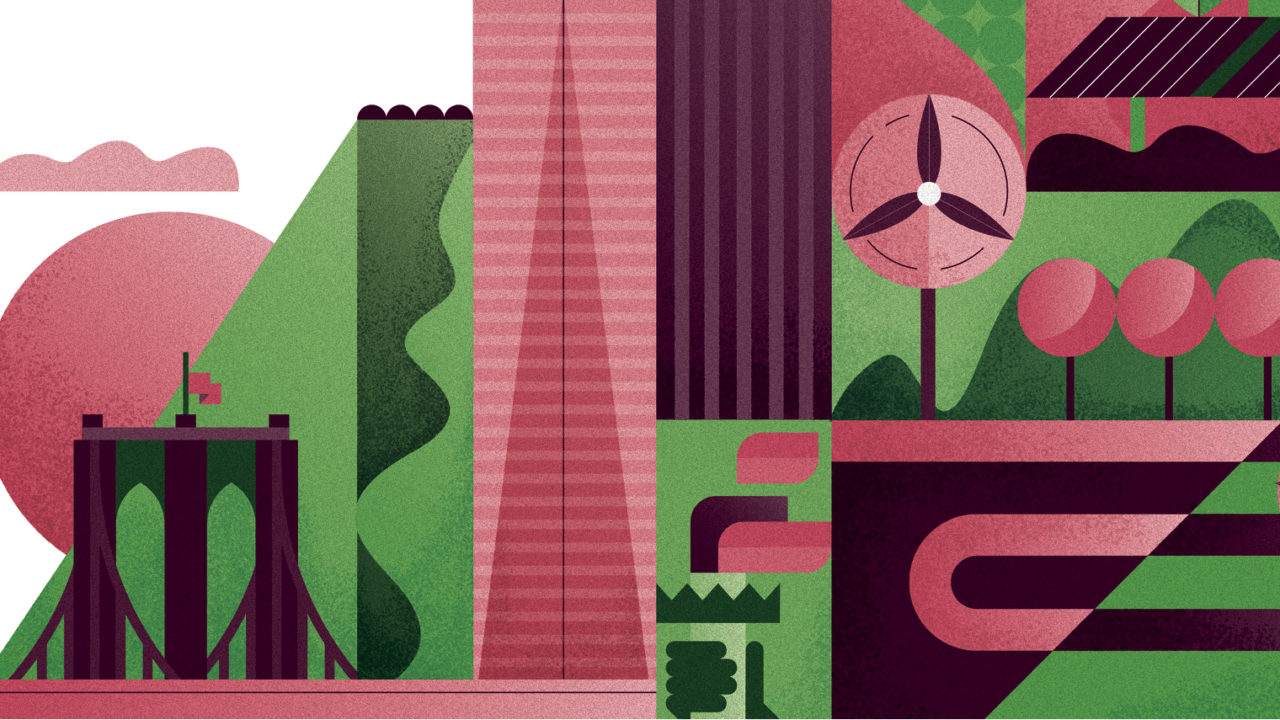 From the neon lights of Broadway to the illuminations of Times Square, New York’s spotlight is now falling on greenhouse gas emissions from its buildings.

The city’s landmark Climate Mobilization Act is focusing attention on the world’s biggest carbon emissions “blind spot”. But opposition from the real estate lobby highlights the need for broader engagement and buy-in from key stakeholders, which will be pivotal in ensuring green commitments are a success. Worldwide, the buildings sector accounts for 39 per cent of total energy-related CO2 emissions and 36 per cent of final energy use, according to the Global Alliance for Buildings and Construction.

If consumers get to understand these buildings also deliver benefits to their health, and improve the quality of the air they breathe… that’s going to be a game-changer

Global success in limiting temperature rise to 1.5C, set by the United Nations Intergovernmental Panel on Climate Change, demands unprecedented action to transform the built environment and ultimately plan our cities with net-zero carbon skyscrapers. While national governments may be unwilling or unable to deliver large-scale solutions to align the built environment with net-zero principles, where energy-efficient buildings are fully powered from on-site and/or off-site renewable energy sources, some city administrations are blazing a trail.

They are using their autonomy to forge ambitious plans for decarbonisation, developed according to their unique building composition, advantages and challenges.

In the United States, buildings alone are responsible for more CO2 emissions annually than those of any other country except China, according to the US Green Building Council. Recently, New York City Council passed new legislation requiring the city’s largest buildings to slash their greenhouse gas emissions by 40 per cent over the next decade.

Passed with a 45 to 2 vote majority, the Climate Mobilization Act represented a reincarnation of the Green New Deal spearheaded by Democratic New York Representative Alexandria Ocasio-Cortez. But the national plan, calling for the energy-efficiency retrofitting of buildings within ten years, failed to gain Senate support in Washington.

Under New York’s new regulations, buildings of 25,000 square feet or more are required to comply, translating into an operational overhaul and likely retrofit for more than 50,000 of the city’s one million existing structures, which contribute some 30 per cent of New York’s greenhouse gas emissions.

“The idea was to come to a number where most of the players above were organisations with resources,” explains Steven Cohen, former executive director of Columbia University’s Earth Institute and a professor in the practice of public affairs at the university’s School of International and Public Affairs. “Anything that’s been built by commercial developments, run by real estate management companies, say like the Trumps, will all be well in excess of 25,000 square feet.

“If you’re in a place where there’s a lot of old buildings, like Paris, London and New York, you have to focus on retrofitting the existing buildings, particularly large ones where you can have a lot of impact very quickly.”

However, while there are exemptions in place to avoid an overly large burden on rent-regulated unit and multi-family buildings, the legislation incurred vocal opposition from the Real Estate Board of New York, which argued the measures will not guarantee the city meets its emissions targets within the next decade and unfairly rests responsibility on the shoulders of a limited number of building owners.

Critics’ consternation stems at least in part from previous participation in a working group focused on helping to craft emissions regulations, whose recommendations were then changed by the city council in the final legislation.

The act, which determines how much carbon a structure may emit and how much electricity it may pull from the grid, stands to penalise even some LEED-certified (Leadership in Energy and Environmental Design) buildings and a number that have already installed eco-friendly features.

New Yorkers, however, haven’t forgotten the costs of climate change and extreme weather anomalies, including 2012’s Hurricane Sandy, which left nearly 150 dead and cost an estimated $70 billion-worth of damage in America.

Other advocacy groups worry the legislation is incomplete. They claim its long list of exemptions and more lenient limits for certain complexes threaten to exacerbate the housing quality deficit in the long term for ethnic minority communities and low-income residents.

Building toward a net-zero future

The enormous scope of the climate challenge means it must be tackled on several fronts at once, argues Cristina Gamboa, chief executive of the World Green Building Council. The organisation’s global Advancing Net Zero project aims to promote and support the acceleration of net-zero carbon buildings to 100 per cent by 2050.

In May, it announced 50 signatories to its Net-Zero Carbon Buildings Commitment, which calls on businesses, organisations, cities, states and regions to reach net-zero carbon operating emissions within their portfolios by 2030, and to advocate for all buildings to be net-zero carbon in operation by 2050.

“If you look at statistics from the construction industry, the floor space is going to double by 2050 because of population growth and rapid urbanisation trends in the developing world, in particular in Asia, Africa and Latin America,” says Ms Gamboa. “If we don’t leapfrog now and strive for low carbon and green growth in those geographies, we’re going to be locking in loads of inefficiencies which will not put us in a good place to meet the goals of the Paris Agreement [limiting temperature increase].”

While European Union-backed renovation strategy projects are being supported in cities such as Dublin, Madrid and Leeds, other global cities are using net-zero development schemes as a driver towards eventual carbon-neutral status.

Vancouver, for example, a city already heavily invested in hydrogen power, has adopted a robust agenda, implementing a phased approach for incrementally stepping down emissions, while creating ways of sharing innovation and best practice.

An autonomy unique within Canadian cities has enabled the local administration to mobilise relatively quickly and develop its own framework for measuring performance.

“It was non-negotiable about where we were headed, but in terms of what the process or the solution or the framework was going to be, that was very much an inclusive process with industry. So when it was finally done, it had a lot of buy-in from stakeholders. It’s been quite successful in how it’s been implemented because it was quite transparent,” he says.

In addition to communicating a new market signal, municipal bodies can direct construction industry players to better information on the social imperative and commercial benefits of delivering low-carbon growth.

Victoria Burrows, who leads the Advancing Net Zero project, says signatories to the Net Zero Carbon Building Commitment “see a value proposition for their business, for protecting their business in the future, for resilience against changes in regulation in climate effects, and making sure they have the staff and talent to deliver”.

In a study published last year in Philosophical Transactions of the Royal Society A, researchers decried a reliance on technology to bring about decarbonisation, urging reconsideration of the inclusion of human motivation and behaviour in the process. The study argues that public acceptance of changes to their immediate environment and lifestyle is integral to plan viability in making low-carbon transitions.

With its own green new deal, New York City is making a statement about the need for transparency and clarity around performance data, says Ms Gamboa. She concludes: “Eventually this information will empower consumers to make better decisions, and if they get to understand these buildings also deliver benefits to their health, and improve the quality of the air they breathe, because they have green building solutions beyond net zero, that’s going to be a game-changer.”

In a country where renewable energy is far from the norm, solar panels installed on Jordan’s mosques are chipping away at a national dependence on imported fossil fuels.

Since 2014 there has been a push to make mosques throughout the country greener and now almost all Jordan’s mosques cover 100 per cent of their energy needs through solar power.

Backed by the Ministry of Religious Affairs, the mosques’ adoption of clean energy is in agreement with wider religious values, since Islam urges conservation of nature’s resources and eschews excess.

Jordan relies heavily on imported natural gas, which contributes to the production of 93 per cent of the electricity generated, while renewable energy makes up the remaining 7 per cent, according to the National Electric Power Company.