Virtual reality is poised to be the biggest advancement in technology since the smartphone. It will revolutionise the way we view and interact with content, bringing experiences to life in a way that has never before been possible

While many people think VR is still years away from becoming a reality, the technology and tools are already in use today. Headsets such as Samsung’s Gear VR have given consumers a taste of the future and a host of more powerful products, including Oculus Rift and Microsoft’s HoloLens, will be available within months.

What’s more, these platforms are already being leveraged to create mind-blowing virtual experiences, the vast majority of which are created using Unity. To date, more than three quarters of games and experiences on the Gear VR store, and an estimated 70 per cent of all VR content was made with Unity.

In short, Unity powers the world’s creativity. Unity is an end-to-end development platform used to create rich interactive 3D and 2D experiences. Unity’s powerful engine and editor serve as the foundation to develop beautiful games, apps and experiences, and easily bring them to multiple platforms – 23 in all. With more than 4.5 million registered developers and over 1.1 million monthly users, Unity is by far the world’s most popular cross-platform game engine. 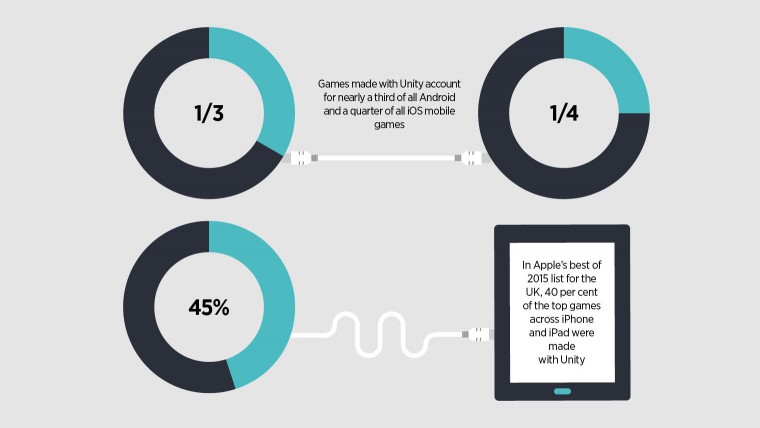 We’ve always been at the forefront of the latest trends – from the latest consoles to PC to mobile – and we strongly believe VR is the next frontier. That’s why we built a full suite of VR and AR (augmented reality) development tools into the core of Unity’s engine, letting developers test concepts, challenge design constraints and build amazing experiences quickly. Our team of 450-plus engineers are also working tirelessly to create new VR and AR features to serve developers.

Our goal is to give everyone access to powerful development tools and empower people to create compelling VR content. Using Unity, developers and content creators can make their ideas come to life in virtual reality.

While Unity is most known for its contributions to the gaming industry, developers use Unity to power ideas across a wide range of sectors, including architecture, training and simulation, education, and art, among many others. In a world where content is king, it’s more important than ever to engage and excite consumers in a meaningful way. Unity makes that possible by bringing your ideas to life, which is why more and more industries are leveraging our technology and tools than ever before.

By giving everyone access to the tools and technology to create in VR, we’re hoping to spark creativity and fuel the industry’s next phase of growth

With the introduction of VR, companies now have a fully immersive medium to engage with customers. Whether for training, collaboration or more effective communications, VR will have an enormous impact on the corporate world and help companies increase productivity while lowering costs. The effects will be far reaching, with interesting use-cases in almost every industry: 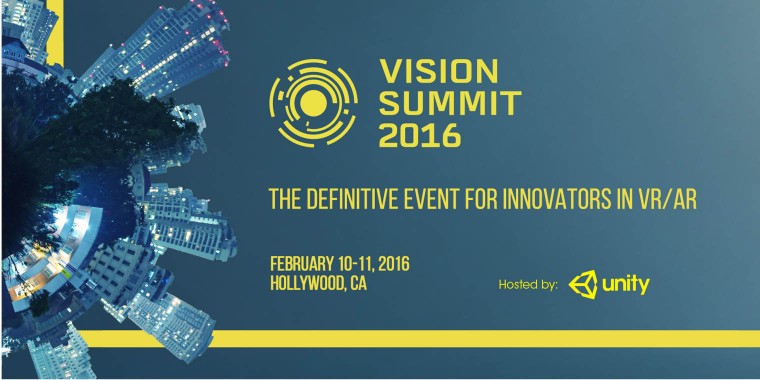 This is just a small sampling of what’s being created in VR using Unity – and we’re still in the early stages. In the coming years, virtual school trips, vacations, business meetings and immersive entertainment will be commonplace.

Further down the line, VR will make an entirely new metaverse possible, where users can interact and create entirely in a virtual environment. From remotely attending school, creating a new game or training as a trauma surgeon, these metaverses become the destination to create, work, play and learn.

All of this can be created in, and powered by, the Unity engine. By giving everyone access to the tools and technology to create in VR, we are sparking creativity and fuelling the industry’s next phase of growth. The applications are truly endless and we are excited to see what people come up with next.

To learn more about Unity and how to download the latest software, visit unity3d.com