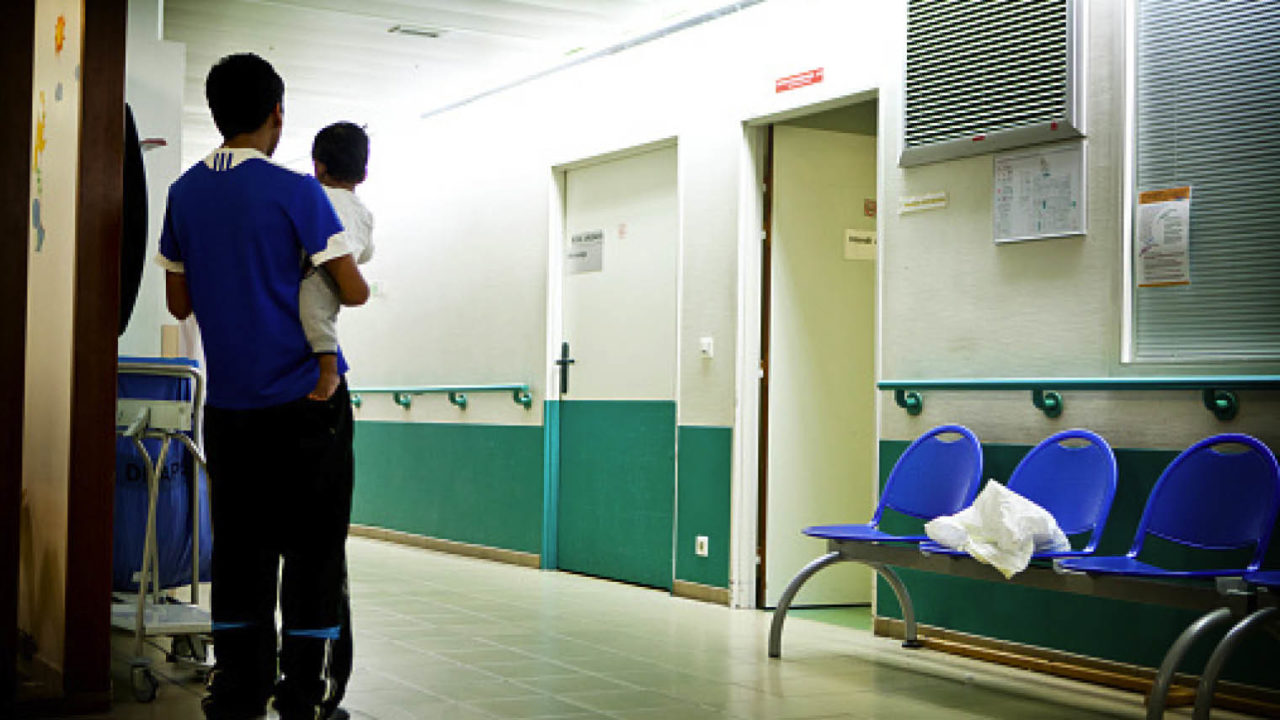 Deaths in the UK of children from congenital heart disease (CHD) have dropped more than fivefold in little more than 30 years. Advances in diagnosis, technology and surgery have cut mortality rates from more than 1,000 a year to around 200 – and the numbers are still falling.

Once considered a paediatric condition, because patients with complex problems seldom survived childhood, adults are now outnumbering children with both severe and other types of the disease.

“We are seeing major improvements,” says Dr Alessandro Giardini, paediatric cardiologist at Great Ormond Street Hospital. “Between 1979 and 1983, more than 5,200 children lost their lives to congenital heart disease in the UK, but between 2004 and 2008 that had plummeted to 893 and numbers are still falling. The number of cases being treated is also increasing, and 5,532 children and adults had cardiac surgery for congenital heart disease last year with an overall survival rate of 98 per cent.”

CHD, which affects up to nine in every thousand babies born in the UK, is a wide range of defects that affect the heart. Severity ranges from insignificant and self-resolving problems, such as ventricular septal defects or holes in the heart that can often spontaneously close, to highly complex defects with a high risk of mortality.

Common problems include septal defects, where there is a hole between two of the heart’s chambers; coarctation of the aorta, where the large artery of the body is narrower than normal; and transposition of the great arteries, where the pulmonary and aortic valves and the arteries they are connected to have swapped positions.

Most cases of CHD are the result of something going wrong in early fetal development, but the specific causes remain largely unknown. Historically the defects have been put down to genetic and environmental factors or in some cases infection, but specific genes are unknown in most cases, and it is likely that a large number of causative genes are involved in each case.

“For some conditions, we can screen individuals in families where the disease has been observed and rule out that they have inherited the gene responsible for the condition,” says Dr Giardini. “The number of these conditions where we know the gene involved is growing. One example is hypertrophic cardiomyopathy where there is excess growth of the heart muscle.”

Some defects can be picked up during routine pregnancy scans in the 20th week. Specialist fetal scans may be carried out if a problem is suspected or where there is a family history of CHD. Other cases are not identified until after birth, and symptoms include extreme tiredness, rapid heartbeat, breathing problems, chest pain and a blue tinge to the skin. In others, including some atrial septal defects, the condition may go undiagnosed until the teens.

New research shows that some types of defect can be prevented with folic acid supplementation by mothers-to-be. Based on more than six million births, the 1998 study found that mandatory fortifying of food in Canada led to an 11 per cent drop in the overall number of congenital heart problems.

“Although the reduction in congenital heart defects following food fortification with folic acid was unexpected, it adds to the body of evidence supporting the practice of fortifying food with folic acid,” says Professor K.S. Joseph, of the University of British Columbia, who led the study reported in the journal, Circulation. “The experience since 1998 has confirmed the benefits of food fortification with regard to preventing neural tube defects and also shown that the fears related to this population intervention were unjustified.”

While the research does support a role for folic acid in prevention, advances in CHD treatments have led to major improvements in survival and prenatal detection rates are improving rapidly. A study at the Children’s Hospital of Wisconsin, reported in Prenatal Diagnosis and based on 535 cases, shows that the pre-birth diagnosis rates improved from 44 per cent in 2007 to 69 per cent in 2013.

And British Heart Foundation data shows that in the 1950s around eight out of ten babies with a complex congenital heart condition died before their first birthday. Now more than eight out of ten survive into adulthood.

“In most cases, a baby born with congenital heart disease can live a full life after treatment,” says Dr Giardini. “Individual cases vary and some patients will require further treatment throughout life. Some cases will be very challenging, but some will not require any treatment. Others may need medicines or interventional procedures involving cardiac catheterisation or child heart surgery.” 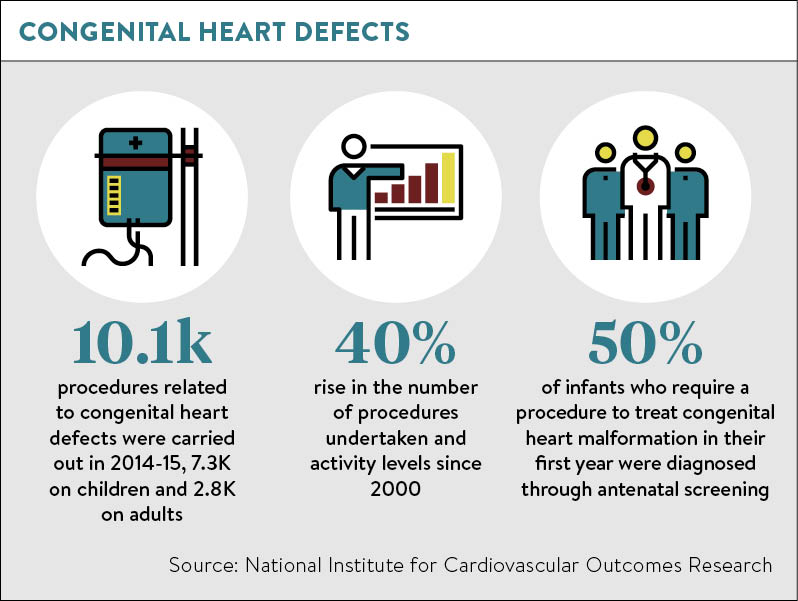 One of the challenges for clinicians is that the heart of a newborn, with all its complexities, is only the size of a table tennis ball.

To help doctors plan operations, clinicians and scientists at Great Ormond Street have used 3D printing to create three dimensional patient-specific plastic heart models. Based on magnetic resonance images of the real thing, they are designed to help doctors plan the procedure in advance. Doctors have also used the models to explain treatment to parents. It’s been so successful, 73 per cent wanted to take the model home.

For some patients, the way forward is heart transplantation. “But paediatric donor hearts are not commonly available and the numbers are not increasing although demand is,” says Dr Giardini. “This creates issues because we need to keep the patient sedated while they wait for a donor, and that can mean loss of muscle tone and so on, which will lead to longer recovery times. In some cases, patients may die waiting for a heart.”

For this group of patients, new mechanical pumps can mean the difference between life and death. The pumps can be wholly implanted or mounted externally and used to keep patients alive until a heart becomes available.

Work at Great Ormond Street shows how effective they can be. Dr Giardini and colleagues have successfully used a pump for 251 days to keep a three-year-old alive while awaiting a heart.

His condition, Barth syndrome, carries a high risk of severe heart failure in infancy or early childhood. The first report of the syndrome, in the 1980s, described how 17 boys in one family from the Netherlands died at between three days and 31 months as a result. The Great Ormond Street success gives new hope to children with this and other conditions who might otherwise not survive the wait for a new heart.