Whether it is planes, trains or automobiles, tech startups and smaller businesses have the dexterity to originate and flex ideas efficiently and cost effectively for tomorrow's journey 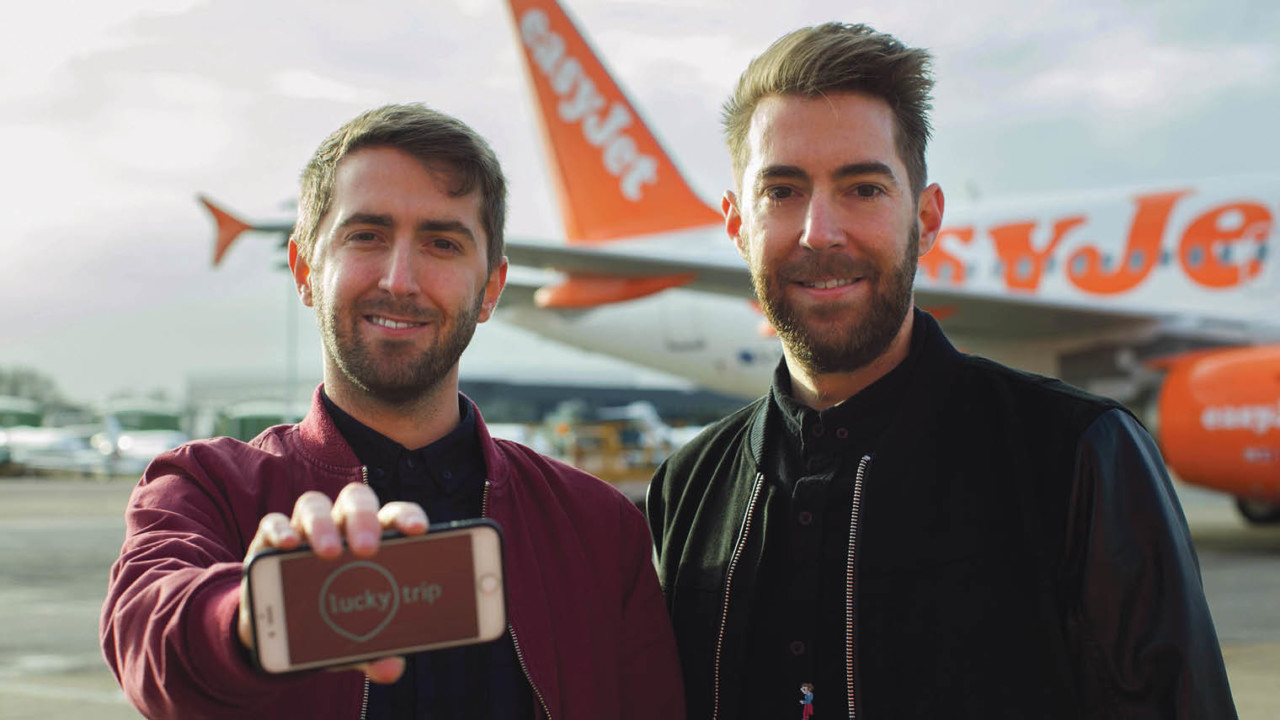 Never before have consumers in the transport sector been so empowered. Whether it is purchasing a car, booking a flight or a train ticket, digitalisation and technological innovation are accelerating consumers’ ability to make informed choices from an improving and more personalised set of vehicle and transport experience options.

On the flipside, aviation, rail and auto industries face unprecedented pressures to up their game to deliver a better product and bolster consumer engagement. But adapting to a fast-changing market requires a level of agility and responsiveness that’s not naturally inherent in the cautious, process-driven, large-scale culture of transport industries, where traditionally big players call the shots and networks of small and medium-sized enterprises (SMEs) fulfil the supply chain.

What if this was turned on its head and it was the smaller players in the ecosystem driving the response to customer expectations, and even pre-empting the travellers’ needs?

Recently the transport sector has had an epiphany whereby the fast-track DNA of tech startups, and their knack for catalysing innovation, are being harnessed by those big players striving to deliver personalisation, value and improved user experience.

Aviation has had an affinity with the startup mindset since its inception. You could even say that the Wright Brothers, Orville and Wilbur were the godfathers of aviation’s first startup, operating on a shoestring, entrepreneurial, iterating and reiterating a completely new concept – their Wright Flyer, the world’s first aeroplane – until it actually got off the ground. Over a century later, air travel hasn’t lost its innovative spirit.

An example of how a tech startup can bring logistical benefit to aviation is evident in a recent initiative in airport operations. KLM Royal Dutch Airlines partnered with Amsterdam Airport Schiphol, Rabobank and the Delft University of Technology to create the Mainport Innovation Fund, which invested in August 2015 in Dutch startup Undagrid. Its GSETrack internet of things  technology tracks the whereabouts of non-motorised vehicles at the airport – GSE is an airport acronym for ground support equipment – everything from baggage carts to aircraft stairs and cargo trailers can be monitored at all times, enabling airport personnel to locate and deploy equipment around the airport rapidly. Two years after the successful pilot at Schiphol, Undagrid’s technology is now implemented in nine of the world’s busiest airports, including Heathrow, Paris CDG and Frankfurt, with Dubai coming soon.

On a more customer-facing level, in February easyJet announced that it had selected two startups, FLIO and LuckyTrip, for the airline’s Travel Tech accelerator programme, following  its strategic investment in Founders Factory, the corporate-backed incubator and accelerator founded by Brent Hoberman and Henry Lane Fox.

FLIO is an app for frequent travellers, complete with maps, shopping deals, airport tips and departure information to help passengers navigate the airport and make their journey less stressful. LuckyTrip enables travellers to set their budget and find a unique holiday in just one tap. Each trip gives you somewhere to go and the cheapest flight to get there, somewhere to stay and something to do.

“Connecting the talented easyJet team with the next generation of disruptive entrepreneurs will only continue to drive fresh thinking and uncover new opportunities,” says easyJet’s chief executive Dame Carolyn McCall, since appointed chief executive designate of ITV. “Working with Founders Factory to explore opportunities for advanced Travel Tech services will help us to keep making travel easy and affordable.”

In the rail sector, passenger needs may be similar to those in air travel, however there’s a different set of constraints for UK operators.

“The rail industry is steeped in history and regulation, and the tricky thing about the franchise model is that every six to eight years you’re up for rebid, so it’s very hard to invest in innovation when you know that you might not actually be there to see the fruits of your labour,” says Jonathon Spanos, head of commercial and innovation at Virgin Startup, the entrepreneurial hub of the Virgin Group which provides business advice, funding and mentoring to UK startups.

These are improving the end-to-end travelling experience of passengers by providing solutions that transform the rail journeys of Virgin Trains’ customers; getting passengers “all on board” the digital grid, providing solutions that help Virgin Trains grow its passenger database and improve online customer experience and engagement; improving behind-the-scenes decision-making processes, including the way Virgin Trains manages disruption and communications with staff and customers; and innovating wildcard concepts that transform customer experience.

“We feel there are definitely some amazing smaller companies out there just waiting for that right opportunity to partner with the larger player to bring their products to market, and at the same time to scale it – it’s a really symbiotic relationship,” says Mr Spanos.

More than 280 entries from across the world applied for the Platform-X programme, which after a rigorous selection process was whittled down to eight that qualified for a five-week programme of one-on-one access to Virgin Trains’ senior management team, Department for Transport specialists and experts across the Virgin Group throughout July.

Platform-X follows on from an initiative earlier this year which culminated in the rollout of Virgin Trains Explorer, Virgin Trains’ wayfinding app create by Pointr Labs.

Indoor navigation at stations is one element VTEC identified as a method of reducing travel anxiety. Virgin Trains’ innovation team had investigated indoor station navigation with some larger technology businesses, but were told it was impossible to get enough accuracy for customers to confidently navigate stations.

“When we were introduced to Pointr Labs, a startup specialising in navigation for retail outlets and airports, we knew they had something that could benefit our customers,” says Nicola McGuiness-Brown, VTEC’s head of innovation and business excellence. “From early discussions and demonstrations, it was clear that Pointr’s technology would be able to provide accuracy to within one metre – more accurate than other providers.”

Virgin Trains’ innovation team worked with Pointr and in less than two months the collaboration had delivered a multi-platform standalone app at both King’s Cross and Peterborough stations. “The solution provides a mixture of indoor navigation, augmented reality and sign translation for international customers, and would have been impossible for a large company to deliver in such a short period of time,” says Ms McGuiness-Brown.

The technology also lets Virgin Trains understand how customers move around and produces live heat-maps that help to deploy staff to where they’re most needed. In a way this encapsulates the much broader macrocosm of the transport sector as an ecosystem embracing nimble solutions from smaller players to track that most important asset in the future of transport – the passenger on the lookout for a smoother journey. 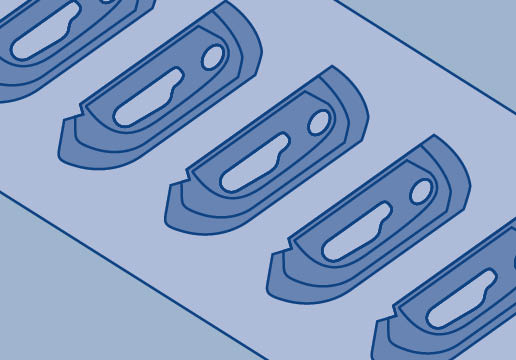 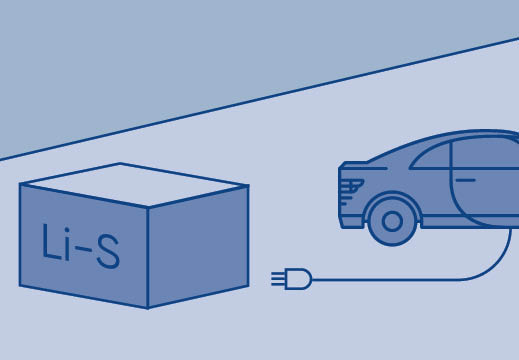 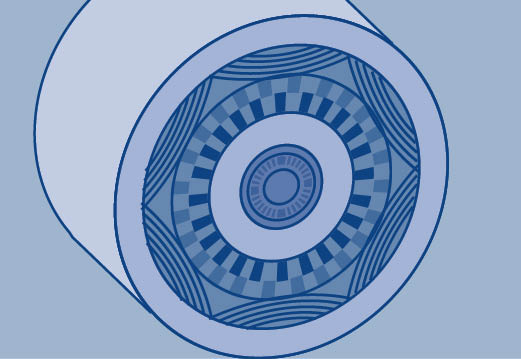 With £4.5 million of venture-capital investment and support from Innovate UK, Magnomatics went from Sheffield University spin-out in 2006 to a high-tech small business with 28 staff. Its hybrid drive systems for vehicles include the innovative Magsplit contactless, frictionless gearbox. Magnomatics developed the device during a two-year research-and-development project with Ford Motor Company, and then further collaboration with Volvo Group.