Governments, safety regulators, air traffic authorities and technology breakthroughs will determine the global trajectory of flying taxis as the take-off of the first air cab service approaches this summer 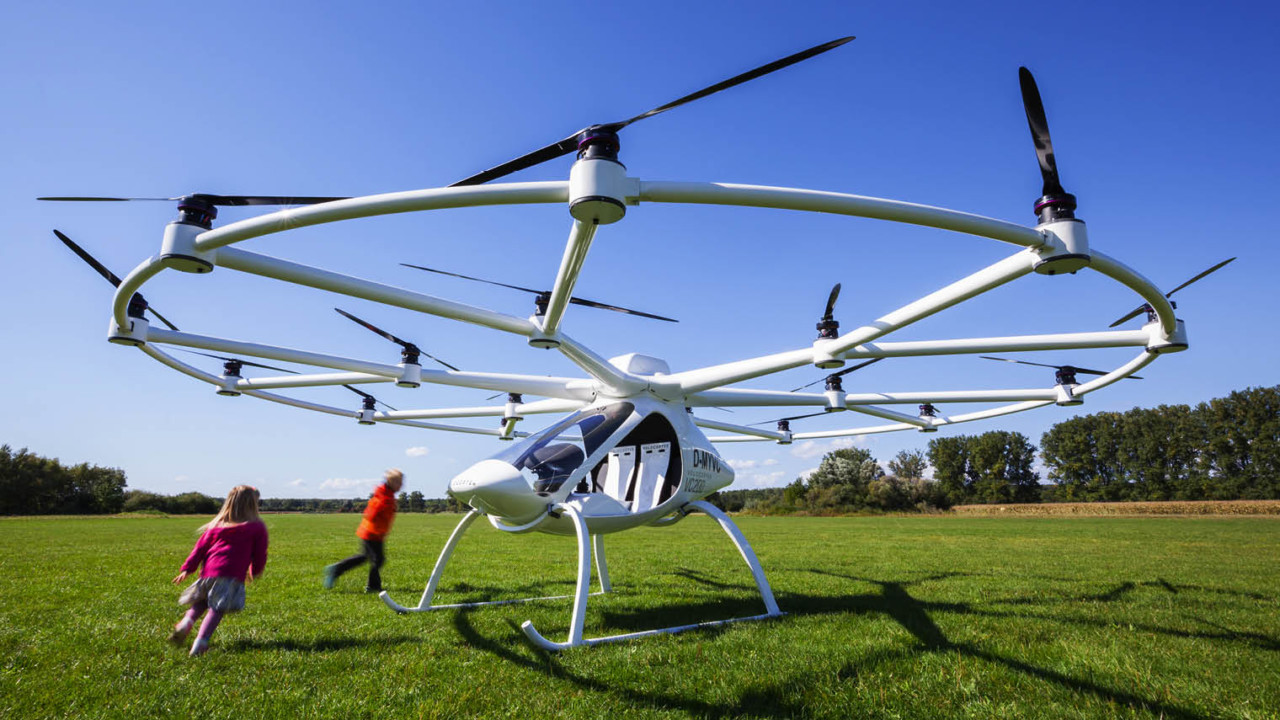 It’s exactly 20 years since the release of The Fifth Element, the Luc Besson-directed blockbuster set in a dystopian 23rd-century metropolis. Bruce Willis played the wisecracking flying taxi driver who sneers at authority, renders aliens helpless with his one-liners and saves the planet from the forces of evil.

But back in 2017, flying cabbies aren’t quite so busy, for unlike Besson’s gripping cinematic vision, the first airborne taxi slated for commercial deployment will fly autonomously, without a human pilot. Nor will you have to wait two centuries to hail a ride as flying taxis are scheduled to go into service this July in Dubai.

For decades it’s been an aspiration to democratise personal flight. Henry Ford, the godfather of mass-produced urban mobility, prophesied: “A combination airplane and motorcar is coming. You may smile, but it will come.” His company even prototyped a flying car in 1926, the Ford Flivver, but abandoned the project following a crash.

So why are flying taxis taking off now?

Five elements have fallen into alignment making it all possible. Firstly, a significant milestone was reached on March 30, 2016 when German drone manufacturer e-volo flew the first manned certified multicopter, the Volocopter VC200, on an airfield in southern Germany. It’s dronedom’s equivalent of the Wright Brothers’ first flight, transitioning VTOLs from Christmas toys to transporters of human beings.

Secondly, for the past decade, the air traffic control ecosystem has been prepping for the integration of remotely and autonomously piloted aircraft with commercial civil air traffic. An example of this is BAE Systems’ Autonomous Systems Technology-Related Airborne Evaluation and Assessment programme in 2012, which demonstrated that unmanned aerial vehicles could operate safely in UK air space.

Thirdly, is the improving oomph of battery technology, driven by the automotive industry’s efforts to extend the range of electric cars. Sony is reported to be commercialising the next generation of batteries – 1,000Wh/l energy density lithium-sulfur and magnesium-sulfur batteries – by 2020, delivering the kind of power that could provide meaningful range for flying taxis

The fourth factor is the rise of the internet of things and on-demand mobility, the ease of being able to summon an Uber car with a few taps on your smartphone. Hence, it’s not surprising that Uber has become a proponent of a VTOL taxi network outlined in its Elevate white paper, published last autumn, which identifies the path to market, safety, propulsion, speed, range, certification, piloting, infrastructure and operational considerations.

Uber’s intention is to inspire interested stakeholders to collaborate in the ecosystem needed for flying taxis and has even convened a global Elevate Summit in Dallas on April 25 to 27, reckoning: “If VTOLs can serve the on-demand urban transit case well – quiet, fast, clean, efficient and safe – the economics of manufacturing VTOLs will become more akin to automobiles than aircraft.”

But perhaps the biggest determinant of aerial taxi uptake, the fifth element, is not the techy bits, it’s political will. To that end, two locales have conspicuously embraced flying taxis, embedding them into civic planning at government level.

Dubai is on track to be the first city to deploy flying taxis, following an announcement by the Dubai Roads and Transport Authority (RTA) in February. Mattar Al Tayer, general manager and chairman of the RTA, explained that flights of the Chinese-built EHang 184 at the Dubai Civil Aviation Authority’s test site is part of Dubai’s self-driving transport strategy, which aims to transform 25 per cent of total individual journeys in Dubai into self-driving trips using various modes of transport by 2030.

The EHang 184 could also be a contender for flying taxi services in Singapore, alongside the Volocopter VC200, as well as Russian startup Hoversurf’s Scorpian-3. All three were presented at The Business Times Leaders’ Forum last month in Singapore where permanent secretary Pang Kin Keong outlined the Transport Ministry’s strategy for urban mobility in 2030, which includes passenger-carrying drones.

Closer to home, flying taxis could have a transformative impact on the working day of a chief executive in a major city such as London, once regulatory, safety, security, privacy and air traffic control considerations are resolved. Let’s consider the specification of an EHang 184, which can lift a combined passenger and luggage payload of 100 kilograms, and fly for 25 minutes at a cruising speed of 60kph (37mph), and compare the alternatives.

Transport for London’s latest Performance Summary report highlights that of the 27 million passenger journeys undertaken by Londoners every day, more than 80 per cent are made on the road network and will grow by an extra five million daily trips by 2030. Currently, central London’s average daytime traffic speed is 7.3mph.

This means flying taxis travel over five times faster than central London traffic, not to mention the advantage of flying a direct line from origin to destination, not the meandering pot-holed route with its roadworks, burst water pipes and traffic cams to fret about.

Theoretically, a trip by flying taxi from Canary Wharf to Kensington’s Design Museum (8.8 miles) would take 14 minutes, whereas the equivalent road journey might last 90 minutes. By public transport it would involve the Docklands Light Railway, three changes on the Tube and an 11-minute walk. Given the productivity potential of flying taxis, which option would you choose?