If you’re moving away from traditional lenders, where are the best deals in the fintech sector? Here’s a guide… 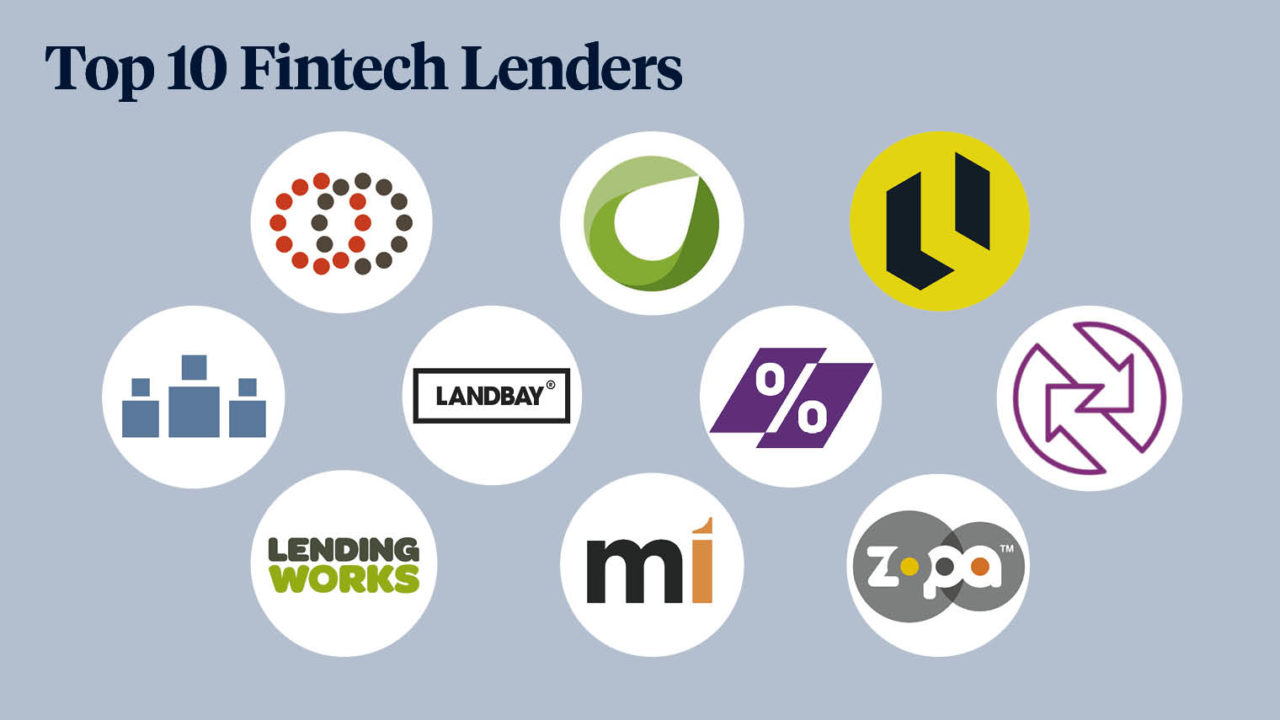 A cheaper and faster way for both public and private businesses to access the corporate bond market.

Borrowers can raise £500,000 to £4 million for between one and three years, underwritten by institutional investors.

Applications can be done within five days and the platform conducts interviews and checks accounts.

Investors make bids on how much they want to pay and the top bids set the price. There is a high minimum investment of £5,000.

Lenders can earn up to 5.9 per cent on personal loans.

It has a reserve fund to cover missed payments and borrower defaults, but there is no Financial Services Compensation Scheme (FSCS) protection.

You can borrow between £1,000 and £25,000 for between one and five years, and all fees are included in the rate the borrower pays.

Loan rates are based on individual circumstances and you can do a soft search that won’t impact your credit score.

Finance can be paid within two working days with no fees for early repayment or overpaying.

Get returns of 7 to 11 per cent by helping small businesses release cash they are waiting to be paid through MarketInvoice.

A form of peer-to-peer invoice financing, lenders need a big minimum investment of £50,000.

If the invoice is not paid, then money has to be repaid to the lender.

Businesses can get funds released in 24 hours and typically pay 1 to 3 per cent of the invoice value.

You must have more than £100,000 turnover and at least six months of trading history.

Main risk is actually getting paid and whether you are giving up some of your profit by selling the invoice.

Invest from £10 in a range of projects offering equity in startups or established brands.

Unlike traditional shares, there are no dividends and you only see a return if a business gets sold or publicly trades.

Investors are charged 7.5 per cent on any profit.

Seedrs does due diligence on all projects and you access a business plan for each project.

Businesses can offer equity and mini-bonds for as little as £10.

Crowdcube vets all businesses, and needs to see a business plan and financial forecast.

Businesses pay a success fee of 6.5 per cent of funds processed as well as an administration fee of £1,250 excluding VAT and another £1,250 for corporate services. You may only get the money if you raise the full amount, so be realistic.

There is no FSCS protection and you will only see a financial return if a company eventually lists or is sold.

Invest in a range of personal, business and development loans from just £10.

You can exit early if a buyer can be found, but you could end up getting less interest back.

Borrowers can get personal loans of up to £25,000 within a pretty fast two working days. An arrangement fee is included within the interest rate.

Ratesetter has a six-year track record and, despite running a provision fund, has had no defaults.

One of the first peer-to-peer platforms, lenders can access consumer loans for cars, home improvements or to clear debts.

Lenders can get rates up to 6.5 per cent with higher-paying deals excluding safeguard fund protection.

Loans are available between one and five years for between £1,000 and 25,000, with rates starting at 3.2 per cent, a decent offer on a personal loan.

Borrowers pay a fee based on their credit rating and amount borrowed, which is taken from their monthly repayments.

Lenders can fund small business loans and get average returns of 7 per cent after Funding Circle’s annual 1 per cent servicing fee is taken.

Even the government-backed British Business Bank is a registered lender.

There is no FSCS protection and no reserve fund. But there is an auto-bid service t
hat will automatically diversify your investment to spread risk.

Businesses can borrow £5,000 to £1 million over six months to five years. They will need a minimum two years’ trading history and minimum turnover of £50,000. Application fees are between 2 and 5 per cent.

Lenders fund buy-to-let loans at either a three-year fixed rate paying 4.5 per cent or a tracker rate of 4 per cent.

Landbay operates a secondary market if you want to exit early, assuming demand, and offers a reserve fund to cover any defaults as well a security on the property.

Lending is conservative at an average loan-to-value of 65 per cent and rental coverage is 165 per cent.

There is a 2 per cent application fee for individuals and 2.5 per cent for companies.

Fund individual loans for buy-to-let, development or bridging with average returns currently at 7.25 per cent.

There is no exit until the borrower repays the loan and only a small selection of pre-funded loans is offered at a time.

Security is taken on the property for if the borrower defaults.

It’s conservative at up to 75 per cent loan-to-value and LendInvest does all the credit checks a normal lender would.

Borrowing rates are typically higher than traditional lenders. A three-year buy-to-let starts at 6.99 per cent for 65 per cent loan-to-value, as well as 2.5 per cent fee, and the costs of local legal work and valuations.