More than four million fans watched Formula 1 live last year, but which events are gaining most in popularity? 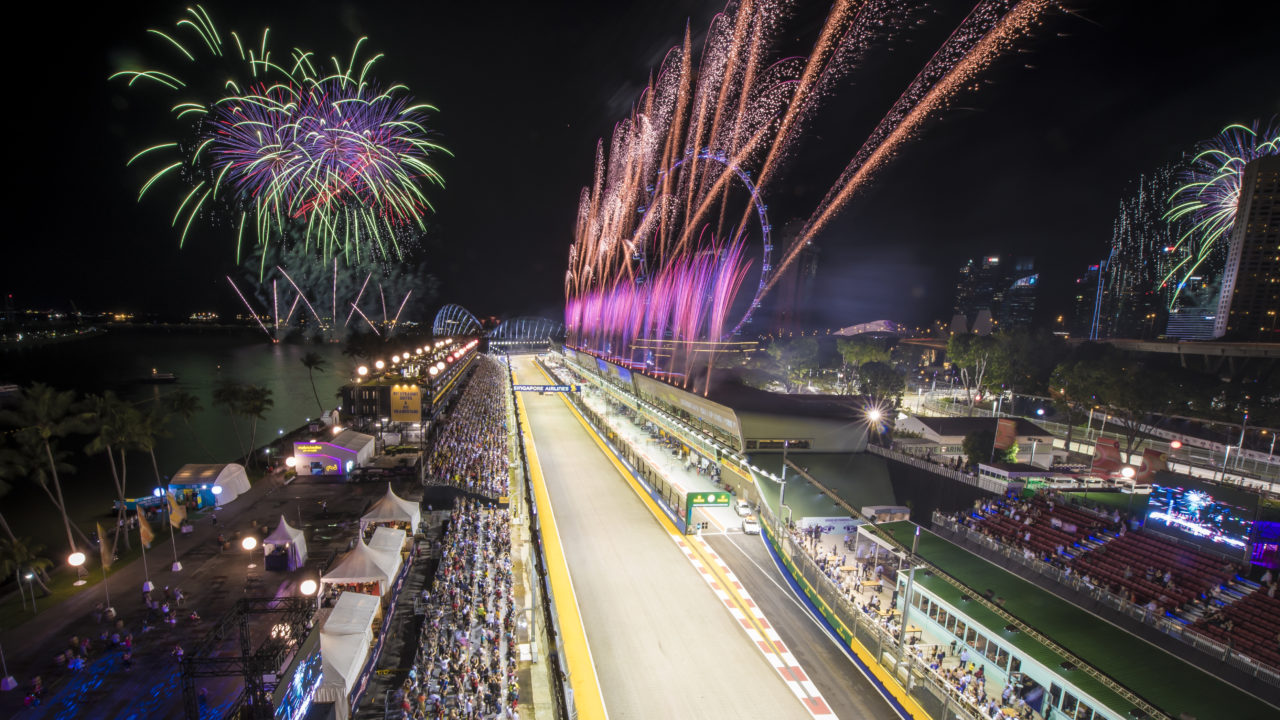 Formula 1 draws in millions via television and online streaming each race weekend, but it also proves to be a hit for fans to attend live.

Since completing its takeover of F1 in January 2017, Liberty Media has been working hard to identify its biggest existing markets, and those that offer untapped opportunities, as part of its plan to expand the sport globally.

More than four million fans attended F1 race weekends through 2017, an 8 per cent rise on the same races the year before – but which grands prix are experiencing the fastest growth rates?

China joined the F1 calendar in 2004 during the sport’s first phase of expansion in Asia, creating a purpose-built facility on the outskirts of Shanghai. While attendance figures have fallen by almost 50 per cent since the inaugural race, the Chinese Grand Prix enjoyed a boost last year with a small rise in fans coming through the gate.

A new contract for the race was confirmed in September, ensuring that F1 will continue to visit China for at least three more years. With speculation of a Chinese team aiming to join the grid in the near future, it could mark the start of a revival for F1 in the world’s biggest car market – one that could be very valuable to Liberty Media.

Much of the Spanish public’s interest in F1 depends on the success of star driver and two-time world champion Fernando Alonso.

Despite nearing five years without a race win and having endured some of his worst F1 seasons in recent times, Alonso remains a big draw, and the Circuit de Barcelona-Catalunya enjoyed a decent rise in attendance last year.

Carlos Sainz Jr, who races for the Renault team and is widely tipped to be a future F1 star

Spanish interest has been boosted by the arrival of a second home driver on the grid: Carlos Sainz Jr, who races for the Renault team and is widely tipped to be a future F1 star. Given that Alonso is set to be in a more competitive car through 2018 after the McLaren team’s split with struggling engine partner Honda, the Spanish Grand Prix should continue on a growth trend.

The Australian Grand Prix has been the curtain-raiser for all but two F1 seasons since 1996, with the city of Melbourne offering a warm welcome to the paddock each year, as well as hosting almost 300,000 fans across the race weekend in 2017.

It is almost 40 years since Australia last had a world champion driver, but current Red Bull racer Daniel Ricciardo has helped boost interest. Not only has Ricciardo been successful on track, leading Red Bull’s charge with five race wins, he is also a hugely popular figure on the Australian sporting scene.

Outside of home interest, a large number of tourists travel to Australia for the first race of the season, eager to see the new raft of cars go wheel-to-wheel on track at the earliest opportunity.

The Hungarian Grand Prix was a landmark event when it joined the F1 calendar in 1986 as the sport’s first race behind the Iron Curtain, but it was no flash in the pan.

32 years later, it remains one of the most popular races on the calendar, with the Hungaroring circuit’s close proximity to Budapest making it a favourite for tourists looking to combine a city visit with a grand prix weekend.

The race proves popular among fans from Poland, Germany, Austria, and, in particular, Finland, acting as an unofficial ‘home race’ for Kimi Raikkonen and Valtteri Bottas.

Much of this rise is down to the success of 20-year-old F1 Dutch wonderkid Max Verstappen. An army of fans make the short trip across the border from the Netherlands, turning the grandstands at Spa orange throughout the race weekend.

Singapore broke ground in 2008 as F1’s first night race, and the sheen of the event is yet to wear off. The circuit is illuminated for the race weekend, offering views and an experience unmatched in the sport.

Despite concerns about falling interest for F1 in Asia and the rising cost of hosting the race, officials in Singapore struck a deal last year to keep the event on the calendar for another four years. A near-20 per cent lift in attendance strengthens Singapore’s case for being part of Liberty’s future vision, having quickly become an iconic event for F1 and wider sport in Southeast Asia.

Despite some struggles in the United States, F1 has always enjoyed a decent level of interest in neighbouring Canada. Jacques Villeneuve became the first Canadian F1 world champion in 1997, and youngster Lance Stroll looks set to fly the flag for many years to come.

The race in Montreal offers visiting fans a perfect mix of a buzzing city and a classic grand prix circuit. A total of 360,000 fans came through the gate across the race weekend in 2017, making it F1’s best-attended event.

A new long-term contract was agreed last year, running to 2029, and a state-of-the-art pit complex looks set to keep the Canadian Grand Prix as one of F1’s leading races.

As the home race for Ferrari and its passionate ‘Tifosi’ fan base, the Italian Grand Prix is one of F1’s most iconic events. The Autodromo Nazionale Monza on the outskirts of Milan ranks as the fastest track on the F1 calendar, causing it to be nicknamed ‘La Pista Magica’, or the ‘Temple of Speed’. It offers some of the most spectacular on-track battles of the year.

Despite a brief slump and uncertainty about F1 continuing at Monza – a track that has been on every calendar bar one since 1950 – the future looks bright for the Italian Grand Prix.

Aided in part by Ferrari’s better displays on track last season, the race saw attendance rise by more than a quarter last year, and an extension of the new contract running through to the end of 2019 is thought to be a formality.

The Austrian Grand Prix returned to the F1 calendar in 2014 after more than a decade’s absence thanks to investment from energy drink giant Red Bull, which poured significant resources into reinvigorating the old A1 Ring circuit in Spielberg, about two hours’ drive from Vienna/

Max Verstappen’s loyal army of Dutch supporters swarmed to Austria last year, with multiple grandstands being dedicated to the 20-year-old’s fan club as he looked to take victory for the Red Bull team at its home event. Fans from all over Europe also took advantage of the wide camping availability at the venue, while the lack of a race in neighbouring Germany last year boosted attendance at the Austrian event.

However, the majority of fans who came through the gate would have been left disappointed: Verstappen crashed out on the opening lap, ending hopes of a popular win for Red Bull.

Azerbaijan became the latest country to join the F1 calendar two years ago when it hosted the European Grand Prix at a new, high-speed street circuit in the centre of its capital, Baku.

Following a soft launch in 2016, the race became known as the Azerbaijan Grand Prix last year. It vastly expanded its ticket availability, resulting in a meteoric rise in attendance. This made it the fastest-growing race on the F1 calendar.

An action-packed on-track spectacle saw Baku top most of the ‘race of the year’ polls as title rivals Lewis Hamilton and Sebastian Vettel came to blows, cementing the Azerbaijan Grand Prix’s place in the minds of F1 fans all over the world.

All data from Formula 1