The top 10 most famous brands in Formula 1

Diageo-owned Johnnie Walker first entered F1 in 2005 as a partner of the McLaren team, and expanded its involvement by becoming the sport’s official whisky brand in 2014. Johnnie Walker branding also features on the Force India team’s cars, but retains a strong message against not drinking and driving via its ‘Join the Pact’ scheme.

Formula 1 announced one of the biggest sponsorship agreements in motorsport history when it linked up with Dutch brewing giant Heineken in 2016, striking a deal worth a reported $200 million.

Heineken spells out a clear responsibility message: ‘when you drive, never drink’, as well as heavily promoting its alcohol-free beer at F1 races

Heineken enjoys title sponsorship for numerous F1 races and significant trackside branding throughout the season in a deal that runs until 2023. Like Johnnie Walker, Heineken spells out a clear responsibility message: ‘when you drive, never drink’, as well as heavily promoting its alcohol-free beer at F1 races.

Swiss luxury watch brand TAG Heuer has a long-running history in F1, largely spent with the McLaren team. The company was first involved with F1 in the 1970s as Ferrari’s official timekeeping partner, but switched to McLaren in 1985 following its takeover by TAG and then-chairman Mansour Ojjeh’s arrival at the F1 team as an investor.The McLaren partnership ended for 2016, when TAG Heuer became a partner of Red Bull, which has rebranded its Renault engines under the watch company’s name.

Rolex has a long history in motorsport, but only became an official F1 timekeeping partner in 2013 after winning a race against TAG Heuer and Hublot for a 10-year deal worth an estimated $24 million a year. 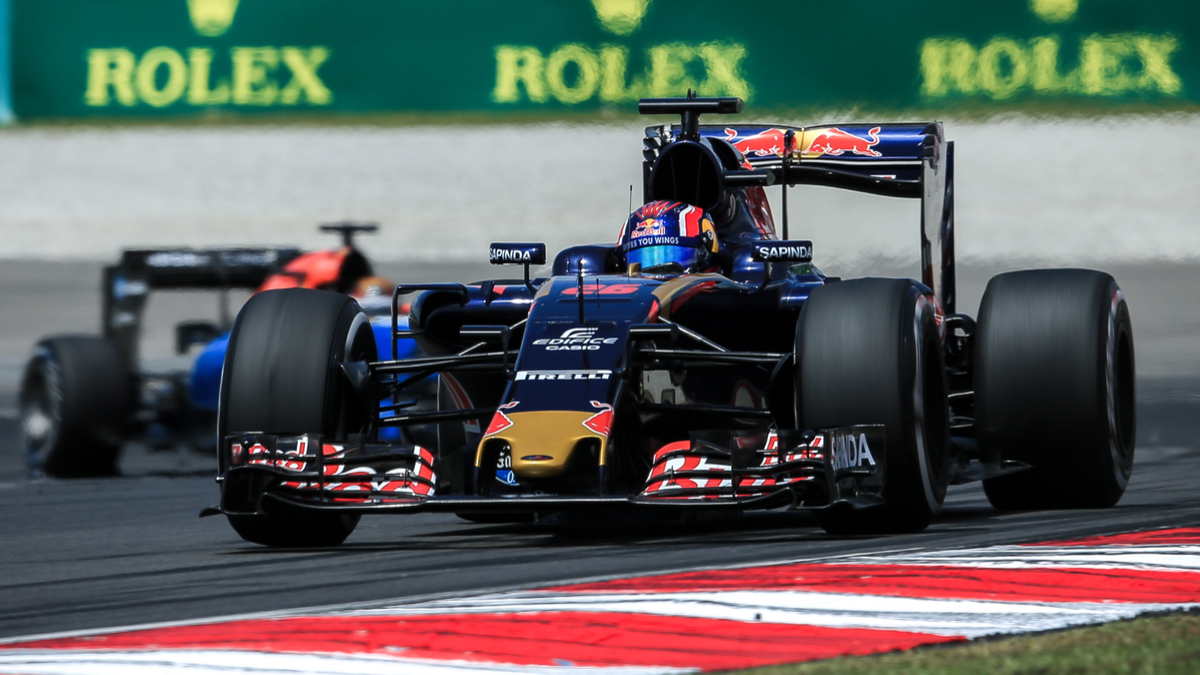 Rolex has enjoyed heavy trackside advertising at F1 races as a result of the partnership, as well as being the title sponsor for several events, including the British Grand Prix at Silverstone in 2017.

A brand of American multinational ExxonMobil, Mobil 1 has established itself as one of F1’s most recognisable brands through its supply of fuel and lubricants to teams. Mobil 1 enjoyed a 21-year-long technical partnership with McLaren that came to an end in 2017 when the brand teamed up with Red Bull. As well as being a key part of the team’s race operations on a grand prix weekend, Mobil 1 has also been able to use F1 as a laboratory for its products.

Renault first entered F1 in 1977 with a factory racing team, introducing the turbo engine to F1 that would set the benchmark for the sport throughout the 1980s. Renault’s heyday came in the mid-2000s as it won back-to-back titles, but its works team has dipped in and out of F1, making a return in 2016 after four years away. 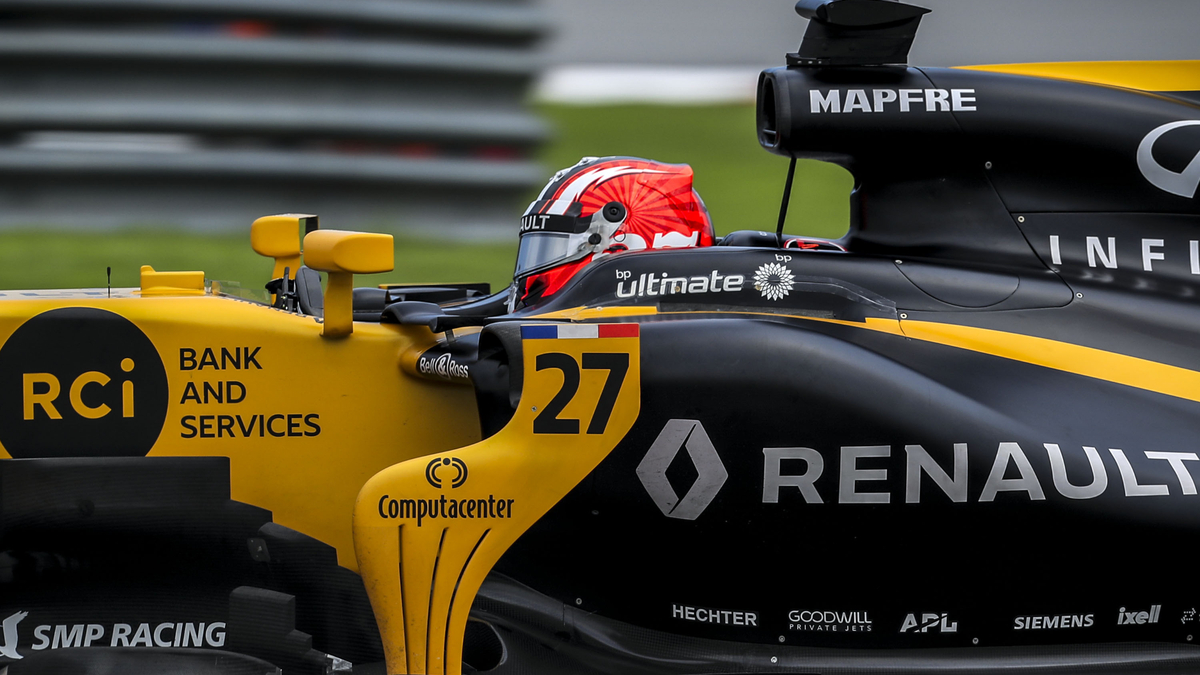 The company has remained ever-present in F1 by supplying engines to other teams, winning 10 titles as a partner with Williams, Benetton and, most recently, Red Bull. Renault is looking to use its F1 interests as a wider marketing tool, pouring significant resources into the operation jointly run out of the UK and France as it bids to emulate Mercedes and conquer the grand prix world.

Shell’s partnership with Ferrari can be traced back to 1947, three years before the first F1 race was held. Ferrari’s first of 228 grand prix wins was taken with a car filled with Shell fuel and lubricants, setting the tone for one of the most successful combinations in F1 history.

Despite a brief hiatus in the 1970s and 1980s, Ferrari and Shell linked up in 1996 on Michael Schumacher’s arrival at the team. Shell helped power Schumacher and Ferrari through the most dominant period in F1 history in the early 2000s, and it continues to play an integral role in the team’s on-track efforts. Shell ended its trackside F1 sponsorship deal in 2016 to focus more on its partnership with Ferrari.

Mercedes may currently be F1’s most successful team, yet the time it has spent in the sport is shorter than that of rival manufacturers Renault, Honda and Ferrari. After powering Juan Manuel Fangio to consecutive F1 titles in 1954 and 1955, Mercedes quit F1 and did not return until 1994, and only then as an engine supplier to the McLaren team. 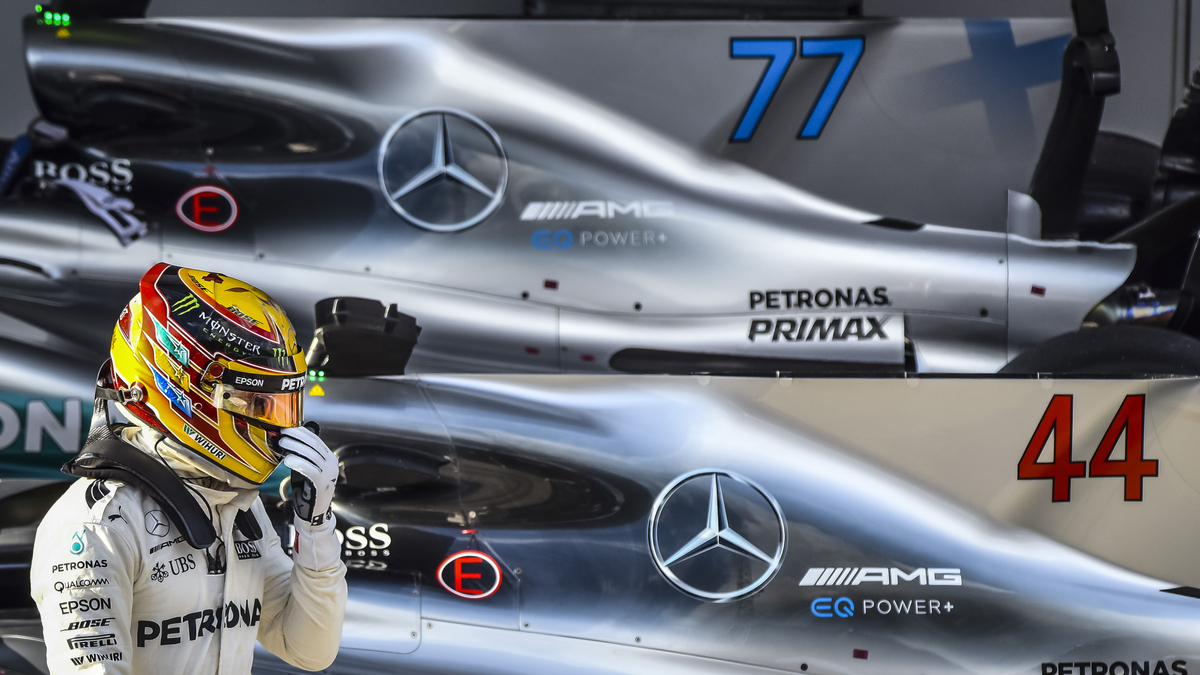 The McLaren-Mercedes combination ran towards the front of the F1 field for much of its 21-season stint, powering Lewis Hamilton to his maiden championship in 2008. Mercedes returned with its own team in 2010, which went on to take F1 by storm, once again led by Hamilton, and has taken 63 wins in the last four seasons. If any brand is the brand to beat in F1 right now, it is Mercedes.

Red Bull has always thought outside the box when it comes to marketing, making itself much more than an energy drink – and no pursuit better reflects that than its F1 interests. Red Bull first entered F1 as a sponsor with Sauber in 1995, but bought the Jaguar team in a cut-price deal nine years later following Ford’s decision to pull the plug. After initially being the ‘fun’ F1 team that brought some vibrancy to the paddock, Red Bull proved it was looking for more than a good time as it became increasingly competitive, taking its first win in 2009 and first championship the following year. 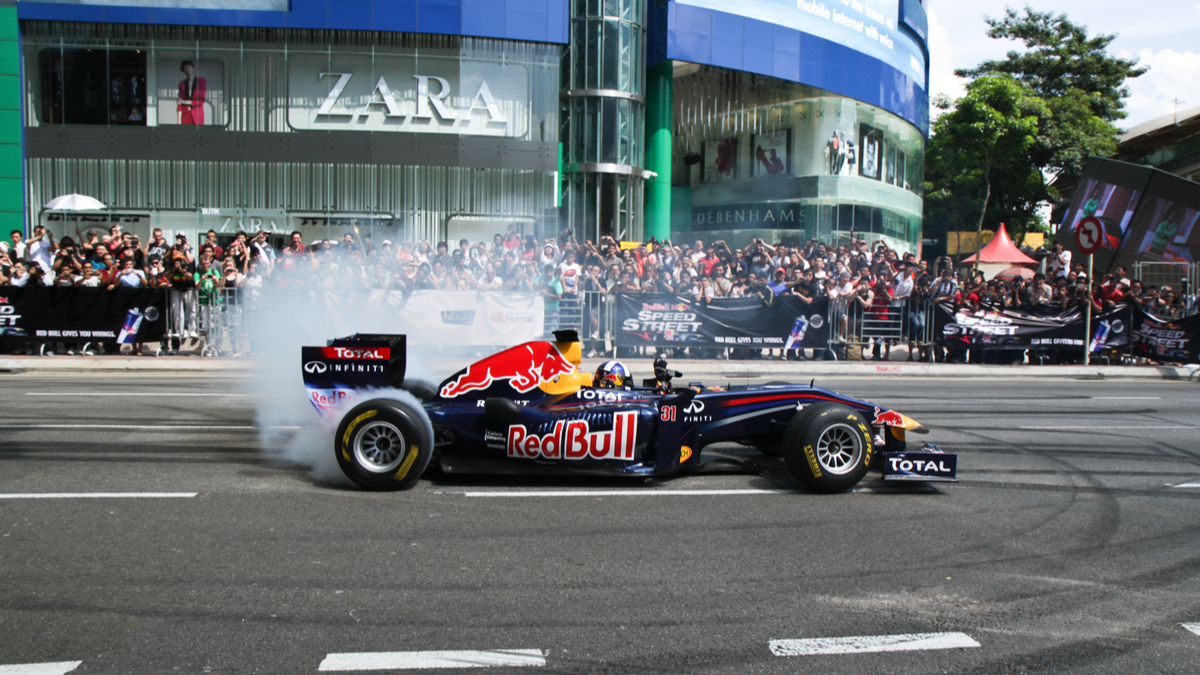 Sebastian Vettel enjoyed a four-year run at the top of the F1 world with Red Bull, and while the team has not won a championship since 2013, 20-year-old Max Verstappen aims to restore its former successes as its new leader. 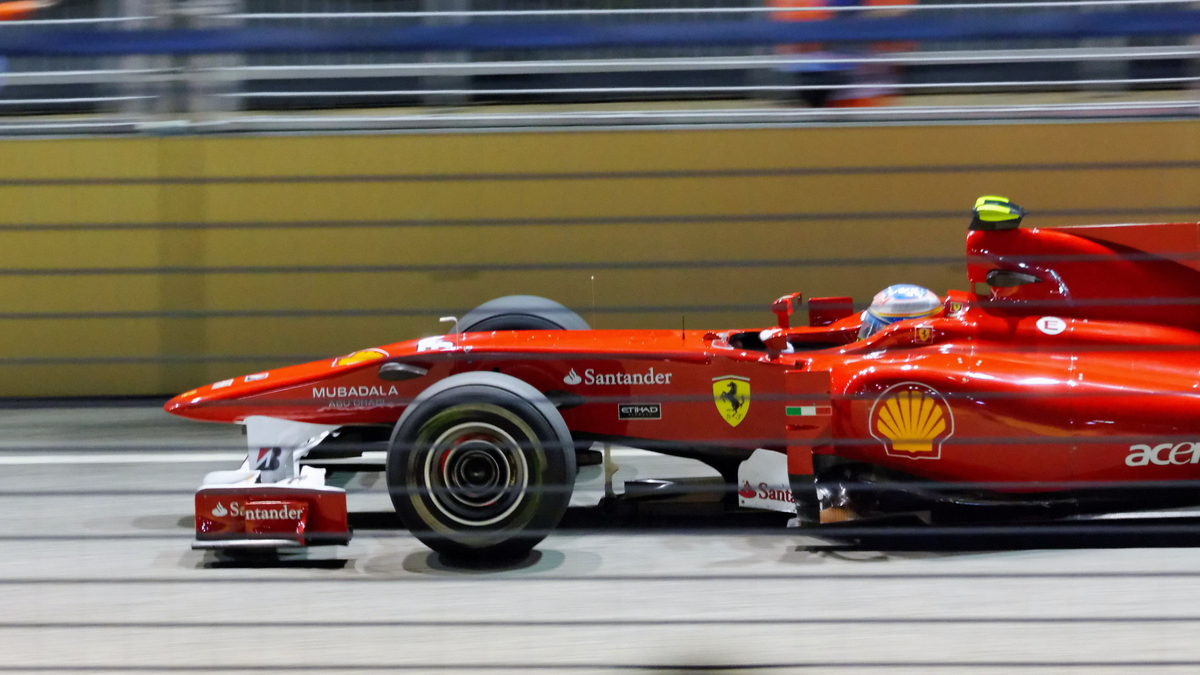 Ferrari and F1 have enjoyed an intrinsic relationship dating back to the formation of the world championship in 1950, when the scarlet cars hit the grid for the inaugural grand prix. Seven decades later, Ferrari remains a considerable force in F1, having become the sport’s most successful team with more than 200 race wins, 16 drivers’ championships and 15 constructors’ titles.

Ferrari remains the biggest talking point in F1, holding an almost mythic status in the paddock

Despite varying levels of success on track in recent years, Ferrari remains the biggest talking point in F1, holding an almost mythic status in the paddock, which in turn elevates the sport’s image. It comes as little surprise that the prospect of Ferrari delivering on its threats to quit should it disagree with F1’s future direction has pundits pondering if the sport could survive without its most famous brand.