The rise of distributed working

Long before it was fashionable or even, let’s face it, socially acceptable, freelance workers had grown used to being on the move. Whether it was using the free wi-fi at a local coffee shop, or cadging desk space from a colleague or client, “anywhere, anytime” working was not so much a slogan for people who peck at keyboards for a living, as a way of life.

These days some work from places like Second Home, a sumptuous co-working space in East London, sharing foliage-filled corridors, space-age meeting rooms and “silent roaming areas” with a variety of tech-related businesses and the odd lone gun. Yet while it may sound exotic to those with fixed desks and labelled staplers, they are hardly outliers. Not only are co-working spaces now commonplace in most large cities around the world, WeWork, the best-known of the new players in the market, which has just opened its 100th site in Berlin, recently raised $430 million (£345 million) from investors giving it a valuation of $16 billion (£12.8 billion).

In many ways, of course, this boom shouldn’t surprise us. In the UK, demand for shared office space is driven by the rising number both of UK startups and freelancers, a sector of the workforce which has grown by 36 per cent since 2008. But co-working spaces in themselves are only part of the story. Far more significant is the gradual, but inexorable, shift in the corporate world towards a new model – distributed working.

What does it actually mean?

Alex Swarbrick, regional director, Asia-Pacific at the Roffey Park Institute, a consultancy, has recently completed a study looking at the phenomenon. Firstly, he draws a clear distinction between “distributed” versus “remote” teams. “We’ve had remote teams in global multinational corporations for a long time,” he explains. “Typically there’ll be a central ‘hub’ with a co-located workforce and in another geographical location, another co-located team.

For a company of any size, distributed working means they can access a wider variety of skills and people than ever before

“Distributed working on the other hand can involve a workforce among whom none are co-located. It can literally be individuals working from home, from remote offices, scattered anywhere in the world.”

While definitive figures are hard to come by, according to Global Workplace Analytics, in the US at least the number of people working regularly from home, among the non-self-employed population, has soared by some 103 per cent since 2005, largely due to technology such as smartphones and superfast broadband, and the myriad tools and services they enable. “Boundaries of time and geography are no longer restrictions,” says Mr Swarbrick. “For some businesses, particularly service businesses, those boundaries are now irrelevant and in fact they’re turned to a commercial benefit. For example, having a globally ‘dispersed’ workforce automatically enables 24-hour service and operation.”

Distributed working also offers firms access to a global talent pool. “It really is the only game in town,” says Dmitry Bagrov, managing director of DataArt UK, a global network of technology consultancy and software services firms. “Even a sole trader I know has her social media run from Eastern Europe and her accounts done in Germany, not out of some desire to be a globalised company, but because these were the best options. For a company of any size, distributed working means they can access a wider variety of skills and people than ever before.” 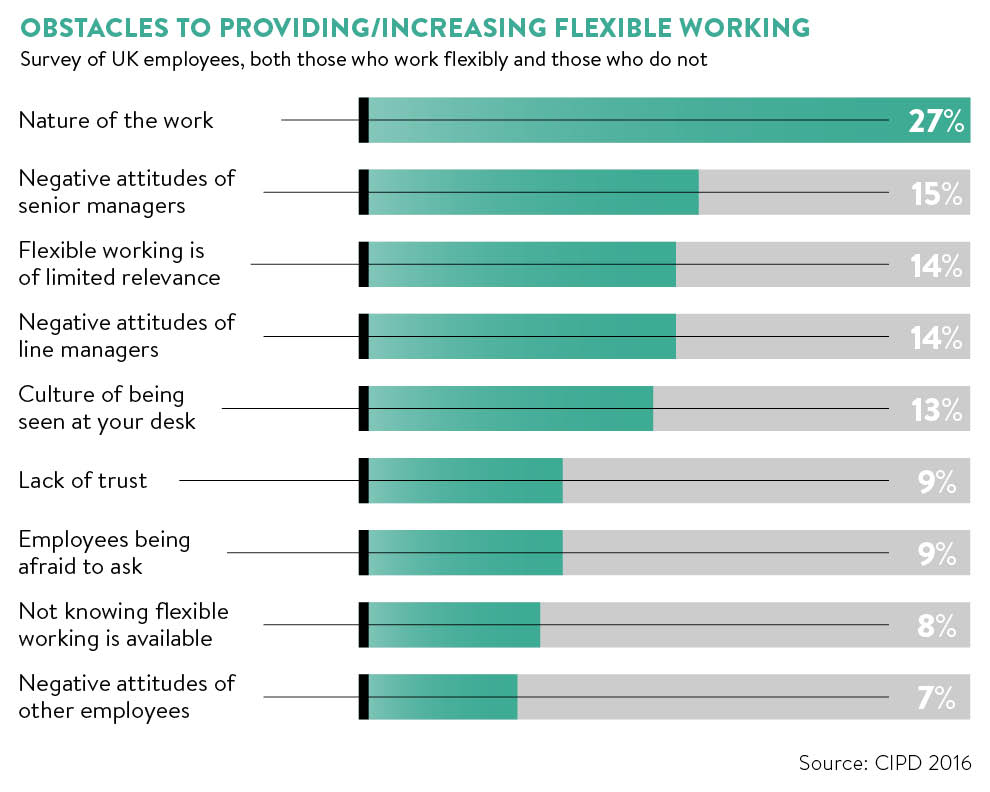 Yet for all its upsides, the model has its drawbacks too. For one thing, the globally dispersed 24-hour service Mr Swarbrick described can translate, within some organisations, as people being permanently on call.

“The common concern for employers working with distributed teams is that sometimes the ‘always-on’ benefit is misunderstood to mean an individual has to be available anytime, anywhere,” explains Marco Landi, president, Europe, the Middle East and Africa, for Polycom, which develops video, voice and content collaboration. “This is easily solved by communicating regularly with all members of the team so everyone understands that ‘anywhere working’ does not, and should never, deprive any team member of their personal time.”

A second flaw in the distributed working model is that it makes hiring, particularly graduate-level recruits, problematic, especially for those companies, such as technology analyst firm TechMarketView, which have no physical office space and rely on an entirely distributed team.

“There are significant cost advantages in not running a physical office,” says co-founder and managing partner Anthony Miller. “However, for us probably the biggest disadvantage is that we cannot hire entry-level analysts because we don’t have a place to train and mentor them. We also miss out on the ‘water cooler moments’ and being able to have impromptu face-to-face discussions with other team members.”

According to Paul Statham, chief executive and founder of Condeco, the market leader in integrated meeting-room and desk-booking software, we’re going to see entire buildings designed around meeting spaces, with few staff having any form of fixed, regular desk. “Fifty per cent of a building will be dedicated to collaborative working and meetings,” he says.

Mr Statham also predicts that such meetings will increasingly become video-based, replacing unproductive conference calls in the process. “This is coming from ‘Generation Z’, who don’t know what a phone is for and are now FaceTiming for every call,” he says. “That’ll mean every single shared space will have video screens on the wall, everyone will be working with smartphones and tablets, and on a variety of platforms.”

In other words, a cacophony of tech. Almost enough to make some people pine for the days when distributed working meant nothing more than going to a different coffee shop each day.