A concerted drive to solve the challenges of the energy trilemma – energy access, affordability and sustainability – coupled with rapid technological change have spurred tech firms to debut novel and potentially disruptive power technologies.

DNV GL highlighted the speed of technological change across all sectors of the global economy in the latest version of Technology Outlook 2025, its five-yearly “crystal ball” report. Chief executive Remi Eriksen notes in particular “a new renaissance in industrial progress”, with factors such as digitalisation and advances in materials science conspiring to create a perfect storm of innovation.

Recent innovations are already impacting the power sector, enabling the emergence of the “prosumer”, energy consumers who produce their own electricity, for example. Today’s prosumers have taken advantage of several technologies, such as solar photovoltaics (PV), energy storage and smart meters. According to DNV GL, in the next decade we will increasingly see advanced technologies being combined or applied in novel ways to make a difference to both energy consumers and energy companies.

Large energy firms are already taking advantage of one of the most recent technology innovations – big data – to create demand response (DR) programmes.

This is not a new concept, but the emergence of big data, smart meters and sophisticated software has enabled the development of novel DR programmes that allow utilities to curtail consumers’ loads at a moment’s notice.

Such programmes have brought a new level of flexibility to the electric grid at a time when renewable generators are making the job of balancing supply and demand increasingly difficult. While DR used to be restricted to a few large, industrial consumers, it can now be rolled out to any customer and allows energy companies to reduce demand at peak times.

The so-called “negawatt” has, therefore, become a valuable commodity and driven the creation of sophisticated behavioural DR programmes that encourage the active participation of the consumer.

California-based Bidgely has pioneered behavioural DR, reporting success in a recent trial in Australia, where electricity consumers on average cut their load by more than 30 per cent at peak times.

Bidgely’s technology analyses appliance-specific energy use data and employs gamification to incentivise customers with goals and rewards. The technology has been likened to fitness apps such as Fitbit as it encourages changes in behaviour. 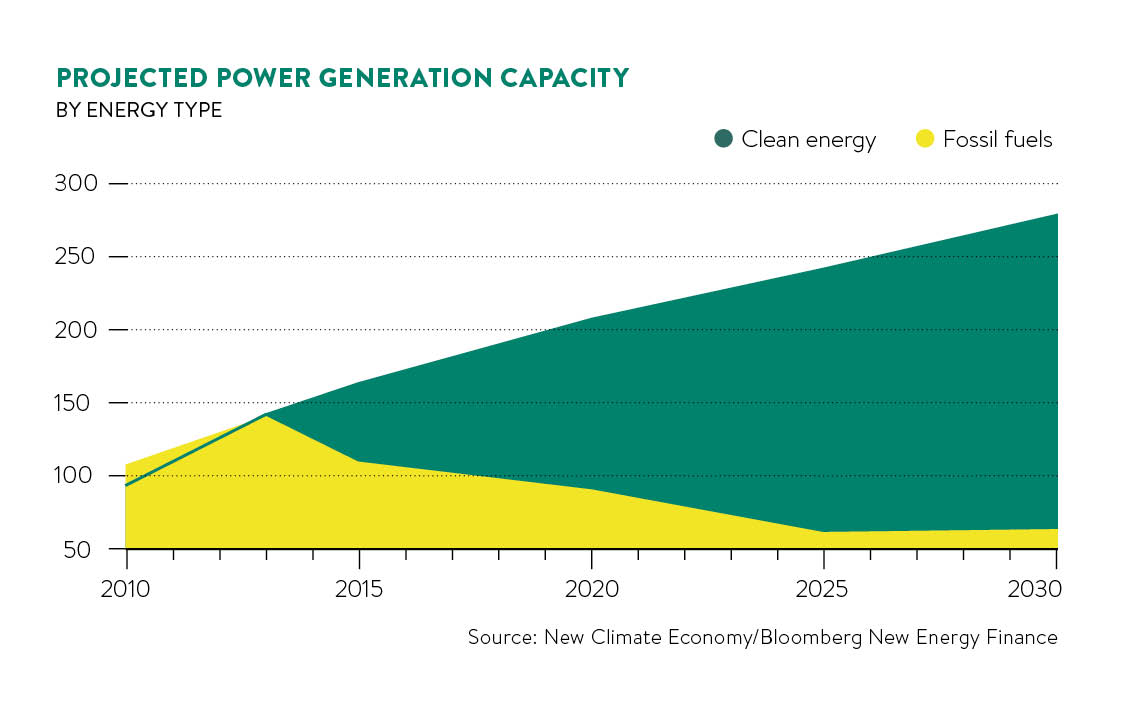 Energy storage solutions can also add much needed flexibility to the grid, and domestic storage technologies are becoming a disruptive force, revolutionising the way consumers use energy and enhancing the uptake of other advanced technologies, such as electric vehicles and small-scale renewables.

All eyes so far have been on Tesla’s Powerwall, a small-scale lithium ion battery, but other battery technologies could offer better value in the long term. Developers of lithium-sulfur batteries say theirs is the technology of the future.

Lithium-sulfur batteries have advantages over lithium ion products, including a better energy density and depth of discharge, lower projected costs – thanks in part to the use of sulfur – and better safety. UK-based OXIS Energy is commercialising lithium-sulfur  batteries and has teamed up with Anesco for a planned launch in the domestic and commercial markets this year.

But the batteries themselves are just part of the solution and there is much effort being put into the development of sophisticated control systems for large-scale batteries, says Dan Spencer of renewable energy consultancy firm OST Energy.

“Batteries must work in conjunction with the needs of the grid, and they also have to be flexible in their operation and have good speed of response if they are to deliver value,” says Mr Spencer. Battery control systems therefore have to be multi-layered and integrated with scheduling and forecasting software used by grid operators and generators. They must also optimise charging, discharging and battery life.

This will be no easy feat, but will be an integral part of the energy storage success story.

Conventional offshore wind turbines have foundations made of steel or concrete which fix them to the sea bed. As developers take wind farms further offshore into deeper waters, floating turbines offer the prospect of easier installation and lower costs than those with fixed foundations.

Japan is a potential key market because of its deep waters and dense coastal populations. Other target markets include the west coast of America, North Sea basin, and coastal Atlantic regions in Europe and North America.

So far floating turbines have been demonstrated in Norway by Statoil and in Portugal by Principle Power. Statoil is planning a second demonstration project off the coast of Scotland, while the French government has launched a tender for projects demonstrating floating designs. These projects will be essential for the industry to gather data on operation, as well as optimise designs and cut costs.

According to the Carbon Trust, floating wind could reach parity with fixed foundation offshore wind energy in the 2020s with the right government support.

Thermal solar power is an emerging technology pioneered by firms such as Abengoa. Globally there are now more than 4.5GW of thermal solar power plants installed, but development into cost-reduction is ongoing.

Researchers at Oregon State University (OSU) have demonstrated in laboratory experiments that the efficiency of solar thermal generation can be improved and has won funding from the US government to demonstrate its technology.

OSU’s research is focused on microchannel technology, which uses extremely small channels and a branching distribution system to speed the energy transfer process. This has been combined with supercritical carbon dioxide as the heat-transfer fluid, instead of the molten salts commonly used in solar thermal plants.

The technology could open the door to a 15 per cent higher efficiency for solar thermal technology, says OSU.

High voltage direct current (HVDC) has become an important element of power grids, particularly for transporting large quantities of power over long distances in India and China, for example.

In Europe, HVDC is being used to interconnect electricity grids across borders and to transport wind energy generated offshore to mainland grids. As it becomes more integrated in the main alternating current (AC) grid, the possibility of regional hybrid supergrids, combining AC and DC (direct current) technologies, has emerged.

Hybrid grids would enable the integration of large amounts of renewable energy capacity – for example, Europe’s planned offshore grid – while combining the controllability of DC systems with the flexibility of AC networks.

More recently, Italy’s Enel inaugurated the Stillwater power plant in Nevada, which combines geothermal energy with solar PV and solar thermal power generation. “The lessons we are learning at this advanced geothermal-solar facility will be key to the development of other hybrid plants throughout the world,” says Enel chief executive Francesco Starace.

Another combination of novel technologies could help to reduce the cost of carbon capture technology, an important tool for reducing greenhouse gas emissions.

Engineers at Fuel Cell Energy believe their fuel cells could be used to extract carbon dioxide from the exhaust stream of coal-fired power plants.

Most carbon capture technologies use a scrubber to absorb the carbon dioxide gas emitted from power plants, but this is an energy-intensive process. In Fuel Cell Energy’s process, flue gas is fed to a molten carbonate fuel cell, which concentrates and captures carbon dioxide as a side reaction during power generation. The process has the added benefits of removing around 70 per cent of nitrous oxide emissions and increasing the power output of the fuel cell.

Fuel Cell Energy believes its process offers a more economical pathway for the commercial development and application of carbon capture technology, and has strengthened an existing partnership with oil giant Exxon to refine the process further. 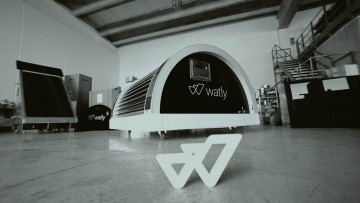 Hoping to prove the innovative use of established technologies can improve access to energy, water and communications is Marco Attisani, founder and driving force behind Italian startup Watly.

The company is pioneering development of a thermal dynamic computer that operates off-grid, using the power of sunlight to purify water and provide paying customers with access to electricity and communications.

The Watly machine combines solar thermal, solar photovoltaics and vapour compression distillation technologies, and even has its own drone landing pad, offering the possibility of a drone airport network to enhance connectivity in remote regions.

Obvious markets for Watly include remote or suburban communities in developing nations, but the technology could make an impact in any region with good sunlight levels, poor infrastructure, and demand for water and energy. Even US states such as California and Texas, where water resources are stretched, are key potential markets.

Watly has launched a crowdfunding campaign to raise $75 000, but this, says Mr Attisani, is just a “social experiment”. The serious money for Watly’s development has come from a series of grants, including funds from the European Commission’s Horizon 2020 programme, and the firm is currently attempting to raise €10 million from private investors.

The technology has so far been demonstrated in a pilot scheme in Ghana and the firm is launching its first pre-industrial model in September. Watly is already able to accept pre-orders, says Mr Attisani, and has a number of soft orders on the books. Full-scale demonstration projects could soon be operating in Nigeria, Jordan, the UAE and the United States.