Half a million people a year seek out the services of exorcists, calling on a dwindling pool of professionals willing to carry out the ritual 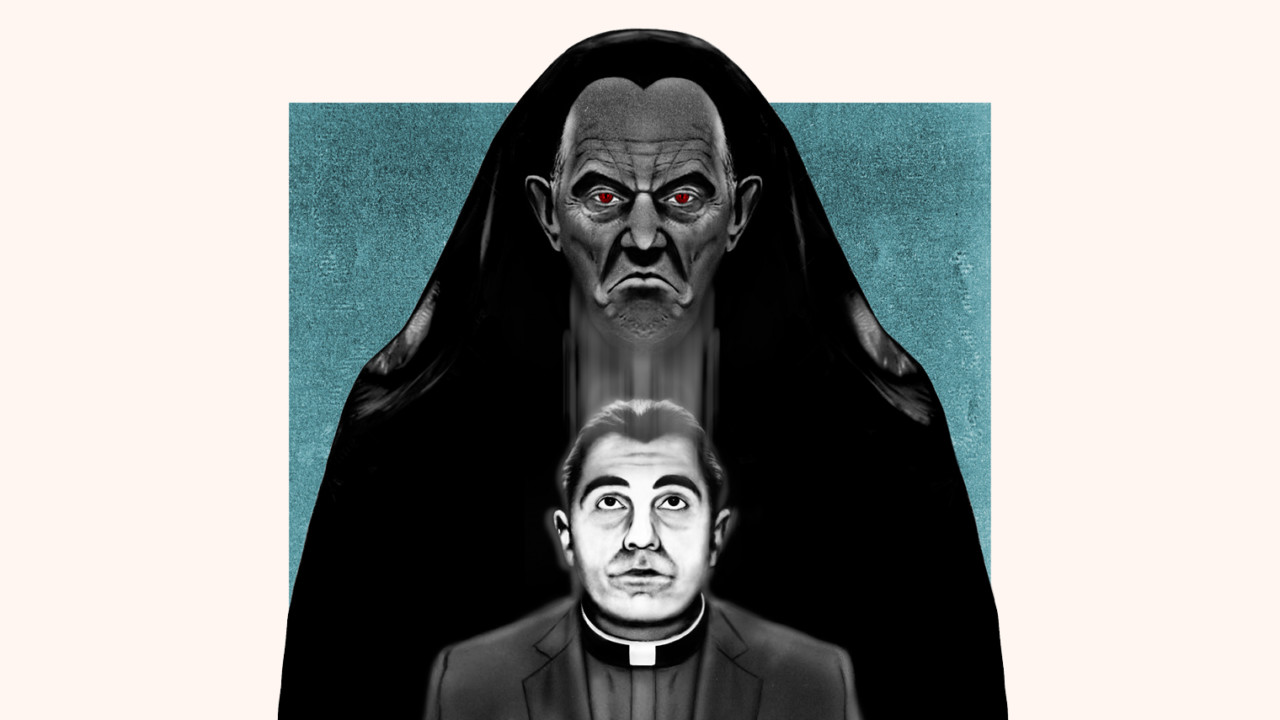 Don Lucio looks younger than his years. In his mid-50s, without a grey hair and with small, gentle eyes, he looks like the stereotype of an clergyman in Brescia, in northern Italy. But Lucio is more than just a priest. He is an exorcist.
Like most people associated with this world, he is intensely private. Many exorcists outright refuse to speak to journalists.

“It’s not surprising,” he says. “We talk about beliefs and people’s souls. We must protect them.”

Exorcism is an accepted practice in the Catholic church, whose doctrine acknowledges the possibility of possession by spirits, but it remains controversial. Historically, demonic possession became a way to explain mental illness, and since 1999 the Vatican’s official policy is that anyone seeking an exorcism must first see a doctor. Horror films have also deeply influenced the popular imagination of what an exorcism looks like – young girls speaking in ancient languages, their heads spinning around as a priest tries to force out an evil spirit.

Don Lucio is one of the 300 exorcists still practising in Italy. But demand for the services of people like Lucio is on the rise. According to the Italian Association of Catholic Psychologists and Psychiatrists, at least half a million people a year seek out their services – and the number is increasing.

“The Catholic Church, as many ancient institutions, has struggled with keeping up with the society changing,” says Jennifer Radulovic, historian and scholar at the Catholic University of the Sacred Heart in Milan. “Many inside it see the devil as a symbolic enemy, so they don’t press to appoint new exorcists. For them, exorcism isn’t compatible any more with our world and the image the Church wants to give.”

I’ve never had an inclination for this kind of thing. My first exorcism was terrifying, and it shocked me

Gabriele Amorth, probably the most famous exorcist of all time, rejected this thesis. He decried the church’s move away from exorcisms, warning that people were suffering from a lack of priests willing to perform the ritual. Between 1986 and 2007, Amorth performed thousands of exorcisms, and at his peak was receiving 600 requests a day. He became known for his quotes, saying that gay people were “individuals who act under the Devil’s suggestions” and calling Halloween “a party to honour Lucifer”.

The rise in requests has paved the way for new institutions to fill the gap the Catholic Church has left. Since 2005, the Sacerdos Institute has run a course that, for €300 (£260), teaches attendants the basics of the rituals, doctrine and psychology. It is open to laypeople, but only with the authorisation of their bishop. However, the traditional process to become an exorcist is another matter.

Lucio has been an exorcist for four years, after 18 years in the church. It is not, he says, a position that you apply for, rather one that the city’s bishop appoints you to. His tenure is renewed every three years, but can continue for as long as he lives.

“I didn’t understand why my bishop chose me for this task,” he says. “I’ve never had an inclination for this kind of thing. [My] first exorcism was terrifying, and it shocked me… But I obeyed and I will continue if they ask me to.”
Lucio receives requests for exorcism daily, but says that he has only dealt with “one or two cases of real possession.

Others are just vexed but not possessed. The rest have psychological disorders. They have consulted doctors, specialists, sometimes fortune tellers too. These people consider exorcism as last resort, but they’re just desperate.”

The rite involves several steps. Usually, the exorcist talks with the subject to establish a connection and ascertain whether there is evidence of possession. Then he proceeds to a series of prayers. Some, Lucio says, are more difficult than others, and the patient fights back, screaming, swearing and hurling abuse at the priest.

“Others are quiet and kind, but only because Satan wants to hide his presence,” he says. “Usually, they’re exhausted at the end of it. However, I’ve never seen people walking on the walls or speaking foreign languages.”

Like Amorth, Lucio believes that modern society has opened up space for the devil. “In the absence of God, the Devil is stronger and he manages to sneak into people’s souls and corrupt them,” he says.