Join The Hive as we stream into the homes of some of the world's most innovative HR leaders to uncover how they're meeting and overcoming the challenges they face. 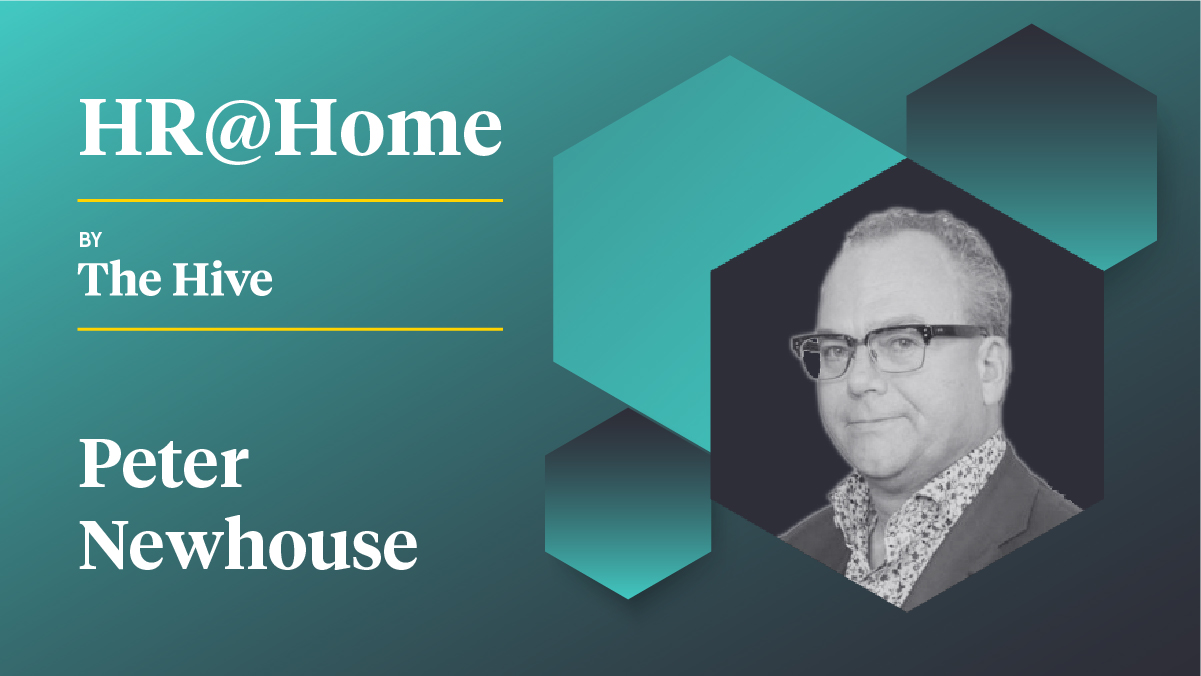 Today, we’re talking to Peter Newhouse, global head of reward at Unilever. Peter joined Unilever in September 2010 as Global Head of Reward and a member of the Unilever HR Leadership Team, having previously worked as a senior executive at Ford in North America and as Group Head of Remuneration at Standard Chartered Bank in London.

You can watch the episode below, or read the full interview underneath.

How have you and Unilever adapted to the COVID-19 challenge?

Peter: I think we’ve adapted pretty quickly and relatively easy, because we’d already been doing a lot of agile working - in the sense of technology-driven remote working from home. We have had a very flexible culture for a long time, which allows you to work, as we say, anywhere, anytime. We try to prevent people from working all the time from everywhere, but from anywhere, anytime, is quite effective. So from that point of view, it’s been quite a good transition.

We also have good technology. We’ve moved to Microsoft Teams recently and that’s been a very successful transition as it’s a really good program for remote working.

Now, obviously, there’s a huge business transition on the go, as we try to respond to the difficulties that we and everybody else is facing at the moment. You know, we have an interesting situation because our colleagues in China are now returning to the office, while everybody else is out of the office. So interesting times, difficult times - but we’re certainly adapting and responding as best we can.

You mentioned Microsoft Teams. Are there any other software or technology that you’re using in different global parts of the business?

P: We’ve got lots of internal stuff anyway, so there’s a lot of system capability. For example, I’m in rewards and we have my reward system available to us and that’s no real change from before. All of that stuff is now accessible from home, as it was previously. So, from that point of view, it’s been quite easy.

But obviously, that is not to underestimate the business challenges of having to respond to this situation. And so in terms of - for example - our business, we have a wide variety of products that I think a lot of people would be familiar with. Some of them have been very popular over the last few weeks as people prepare for an extended period of social isolation, cleaning products, soap for example, hand wash, all that kind of thing.

Then there are other things that are probably less of a priority for people at the moment, like ice cream, so that’s quite a big shift in the way that we approach the business.

I think that’s probably a bigger challenge than the actual working piece, the working piece is relatively smooth as a transition.

Do you feel there’s a slight push and pull in regards to the commercial vs the staffing aspects of the business continuing to function?

P: I think so. We’ve made a public statement about our commitment to our employees and our supply chain in terms of keeping continuity. That helps to reassure people that we aren’t going to react in a way that’s going to cause more difficulty for the people who work with Unilever.

But of course, there’s a lot of a lot of unknown stuff going on out there at the moment - and it’s all changing very quickly. And of course, the biggest difficulty: it’s not clear when this will be over. I think, the longer it lasts the bigger impact it has, and it’s really hard to assess what that impact could be.

With so many people working at home, what are the biggest remote working threats and opportunities facing businesses right now?

P: Again, it’s a big shift. Personally, I like and enjoy going to the office. It’s a good way of getting to know things that you’re not familiar with, so you hear things, you meet people. It’s the unexpected, which fills in the detail around the work that you do.

Of course, when you’re working remotely, or you’re working from home, then it can become much more transactional, so we just end up sort of on phone call after phone call. It’s all very organised, but you don’t get that unexpected pleasure of things that you weren’t really aware of. I think that’s probably the biggest thing that we need to adjust to: how do we bring a bit more of that back into our working lives? But, over the longer term, it’s going to be one of those shifts, that people adapt to and probably enjoy.

At the end of this, they’ll enjoy working from home a lot more than they did at the outset perhaps and maybe we won’t be so reliant on offices in the future, who knows? It’s quite possible that this will be quite a big shift for a lot of organisations towards more working from home.

I think what people also need to learn is that there are boundaries that you have to set around your working life in order to be able to move from one responsibility to another. I think that’s the thing that, at the outset, is a bit difficult for people because the boundaries become a bit blurred.

You could really work all the time, anywhere, and that’s not really what we’re supposed to be doing. So, setting a few boundaries and being disciplined about those boundaries is a good idea.

What are your thoughts and sort of supporting staff wellbeing during this period?

P: Great question - and a difficult one. I think in terms of wellbeing, it takes quite a lot of adjusting to being on your own and a general phenomenon about social distancing is that it can be lonely or claustrophobic. People are having to spend a lot of more time than usual with a smaller number of individuals and that obviously adds to pressure I think.

Also, this business of having to divide your attention between competing requirements - family, work, all that sort of thing, the worry of having parents perhaps, or other family members who are more remote and you’re not really sure how they’re getting on - all of these things are a challenge for wellbeing.

I think we need to re-establish connections with other people to give ourselves some relief from that claustrophobia and that pressure.