From actress Helen Mirren, 72, to model Elle Macpherson, 52, today’s active, energetic older celebrities present a very different image to the stereotype of the homey, grey-haired granny. But then, in recent years, our idea of what it means to grow – and look – old has changed radically.

Much of this is down to the power, culturally and numerically, of the baby boomers, the ever-youthful generation aged roughly between 50 and 70 years old. United Nations figures show that by 2020, one in three women around the world will be over 50. In less than 15 years, half of all women will be over 50 and the over-50s already hold around 77 per cent of the UK’s wealth.

They are increasingly active, economically and socially. 2015 figures from the Office for National Statistics (ONS) revealed that the number of women over 50 in work has risen by 45 per cent since 2010. They are also re-entering the dating arena at an unprecedented rate. ONS figures revealed that in 2013, compared to ten years ago, divorce had decreased in virtually all age groups except the over-40s. 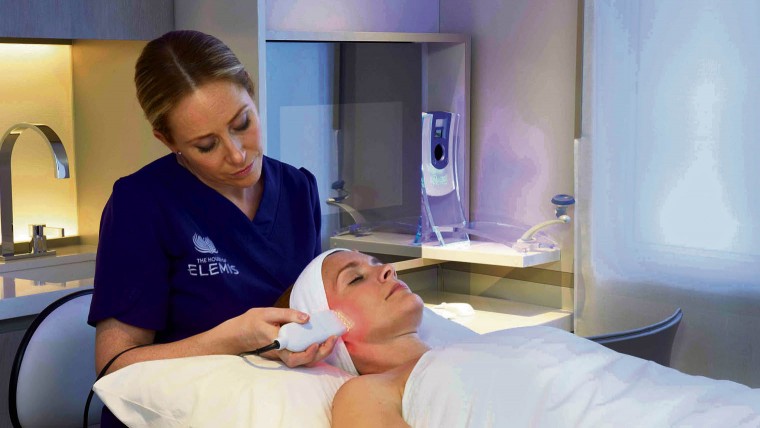 It’s not surprising, therefore, that a 2014 L’Oréal report concluded: “Appearance is just as important to over-50s as under-50s.” The beauty market for women aged 50-plus is estimated to be worth around £2 billion a year and analysts at market research agency Mintel found that for women aged 55-plus, “usage of anti-ageing face care is almost universal”.

Increasingly, these affluent women are looking for more potent anti-ageing solutions. Last October, Charlotte Libby, senior beauty analyst at Mintel, wrote: “Anti-ageing beauty markets benefit from a society which is perceived to prioritise youth; a pressure felt most strongly by women. The ageing population is set to expand the user base, although traditional topical products may be threatened as treatments and surgical procedures become more commonplace.”

This year, a British Association of Aesthetic Plastic Surgeons survey found surgical facelifts were up by 16 per cent. Botox manufacturer Allergan reported a 13 per cent increase in anti-wrinkle Botox treatments worldwide for the same period.

At the same time, influenced by feminism and the power of boomers, we have seen a trend for positive ageing. Grey hair is in fashion, older models have been adopted by fashion brands and, earlier this year, 56-year-old Nicola Griffin became the oldest women ever to appear in the famous bikini issue of US publication Sports Illustrated.

Perhaps surprisingly, the anti-ageing industry too is embracing the pro-age trend. A recent survey by Allergan found only 20 per cent of women would choose to look five years younger if they had the option, 41 per cent said they wanted to look refreshed and radiant, and 76 per cent wanted to grow old gracefully.

Allergan’s “This is me” advertising campaign for its Juvederm filler range uses images of real women aged between 50 and 70, and slogans such as “I love my wrinkles – well half of them”.

“At the heart of these campaigns is the insight that women want subtle, natural-looking results from aesthetic treatments that allow them to stay authentic and true to themselves,” says Alisa Lask, vice president of US marketing at Galderma.

Dermatologist Dr Stefanie Williams agrees the “younger but frozen” look is over. “It’s becoming more about empowerment and taking charge of how well you look,” she says. “The mantra today is that you want to look good whatever your age. Not necessarily younger, but simply healthy and attractive.” 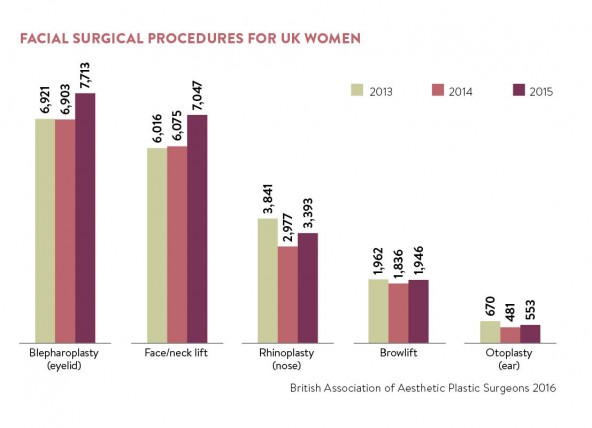 Aesthetic specialist Sarah Tonks concurs. “It used to be that women would lie about their age – now they are more likely to tell the truth and have people say they look well,” says Dr Tonks, adding that doctors treating ageing faces increasingly favour a “cocktail” of treatments. “Energy-based devices using ultrasound and radio frequency offer overall lift and tightening, which looks more natural than just treating one specific area,” she says.

Dr Tonks will often suggest professional skincare and laser or IPL (intense pulsed light) to remove small blemishes, such as thread veins for a flawless finish, plus thread lifts “as an add-on to give more lift along the jawline”.

Dr Williams says that although fillers and Botox have been “dialled down” in the anti-ageing mix, they remain important. While dermatologist Dr Kuldeep Minochka points to new research showing Botox and hyaluronic acid fillers not only paralyse muscles and volumise the face, they also rejuvenate skin by stimulating collagen, which gives skin structure and elastin, which gives it “bounce”.

Forget the overstuffed “pillow face”. Plastic surgeon Kambiz Golchin says: “The emphasis is on using small amounts all over the face for subtle global change.” This is the concept behind Allergan’s 8 Point Lift template for injectors, though Mr Golchin says an artistic eye and individual assessment remains vital.

Novel areas being filled include the temples, the fold of the chin below the lower lip, the outer jaw and the corner of the mouth, which all lose volume with age.

Botox too is being used in more subtle ways. Dr Vicki Dondos describes “sprinkling” microdroplets into the forehead. “Professional women especially want natural, undetectable results and are prepared to have treatments more often,” she says.

While Botox can only legally be given by or under the direction of a dentist, doctor or nurse prescriber, there is no legislation around who can administer lasers and fillers.

“There are still too many irresponsible aesthetic practitioners out there,” says Dr Williams. “While the General Medical Council’s  recommendations to ban two-for-one offers and ensure patients are not rushed into procedures are sensible, most of the ‘cosmetic cowboys’ would not come under GMC ruling as they are non-medics.”