1.  Be open if you suffer a data breach

easyJet was targeted by hackers in one of the biggest ecommerce frauds committed on a British company. Records belonging to nine million of the budget airline’s customers were accessed in this highly sophisticated attack believed to have been perpetrated by Chinese hackers, which resulted in the credit and debit card details, including security codes, of 2,208 individuals being compromised.

The company, which has so far been tight-lipped about exactly how the breach happened, has come under fire for being slow to respond. After becoming aware of the incident in January, the airline notified the Information Commissioner’s Office (ICO) and the National Cyber Security Centre, but didn’t start informing its customers until April, because it said it first had to establish the extent of the problem.

easyJet is the latest in a line of airlines to be targeted after British Airways and Air Canada were hacked in 2018. Customers have already reported cases of phishing and attempted social engineering stemming from the breach, while easyJet is also facing an £18-billion class action lawsuit brought by affected parties.

“The key message here is that once a data breach has occurred, you need to be as up-front as possible about the extent of what has happened,” says Jonathan Knudsen, senior security strategist at Synopsys. 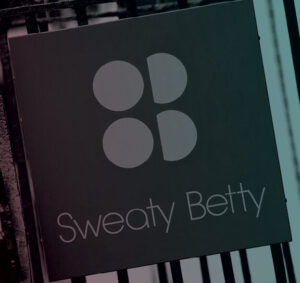 Names, billing, delivery and email addresses, telephone numbers and passwords were all taken from customers who entered their payment card details between November 19 and 27, 2019. After being captured by the skimmer, the information was sent to a remote server operated by the criminals to be sold on the dark web.

To Sweaty Betty’s credit, after being discovered, it quickly reported the incident to the ICO and disclosed the breach in an email to customers affected. It also enlisted specialist security consultants to help with the investigation into what went wrong.

Mimecast’s head of ecrime Carl Wearn says the lesson other companies should take from this is to regularly monitor webpages and the integrity of files in an effort to detect malicious code. “Without this constant monitoring, this form of attack can go undetected for long periods and can lead to the real-time theft of payment details, which can then be used online for fraudulent transactions,” he says.

3. Stay one step ahead of the hackers

As if being breached once wasn’t bad enough, blender manufacturer NutriBullet was hacked three times in less than a month. In this elaborate ecommerce fraud, Magecart hackers first installed malware to steal credit card details on the company’s website on February 20. 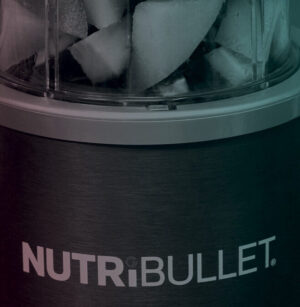 The skimmer was removed on March 1, after security experts identified the threat and took down the hackers’ exfiltration domain, only for a second one to be inserted on a different part of the site on March 5. That too was soon detected and the new domain was removed. However, in a matter of days a third skimmer was implanted on March 10, again on another section of the site, and it too was discovered and taken down a week later.

NutriBullet carried out an investigation to determine how its JavaScript code was compromised and updated its security policies and credentials accordingly, adding multi-factor authentication as an extra layer of protection. But serious questions have to be raised about how the hackers were able to infiltrate the site again so easily after the initial attack.

“The message is clear: hackers are learning from past attacks to stay one step ahead, so it’s up to the security community to do the same,” says RiskIQ’s head of threat research Yonathan Klijnsma.

4. You’re never too big to get hacked

British Airways was hit with a record £183-million fine from the ICO after around 500,000 of its customers had their data harvested by hackers who breached its security systems. Users who booked flights through the airline’s website and app were diverted to a fraudulent site where their personal details were siphoned off.

Around 380,000 transactions, including names, addresses, logins and payment card details, were accessed in this large-scale ecommerce fraud, which happened between August 21 and September 5, 2018. The problem was down to a vulnerability in the third-party Modernizr JavaScript installed on the website, which hadn’t been updated since 2012.

BA notified all customers affected immediately and has agreed to compensate them for any losses. It has also fully co-operated with the ICO investigation and made improvements to its security. The airline announced its intention to appeal the penalty, which was the first to be made public under the General Data Protection Regulation.

“The lesson here is that if a big company like this can get hacked then anybody can get hacked,” says Max Heinemeyer, director of threat hunting at Darktrace. “Now it’s a matter of when, not if, you are going to be breached.”

5. Make sure your third-party vendors are secure 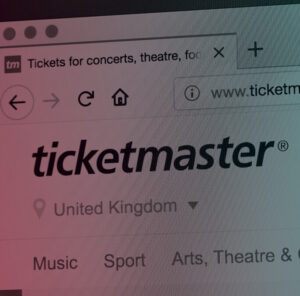 Up to 40,000 Ticketmaster customers had their personal information stolen after hackers gained access to it through malicious software inserted in a customer support product hosted by third-party provider Inbenta Technologies. The breach compromised data belonging to those who tried to buy tickets on its website between February and June 23, 2018 and may have included names, addresses, telephone numbers, email addresses, payment and login details.

Digital bank Monzo claimed to have spotted the signs of a breach on April 6 after around 50 of its customers reported fraudulent activity on their accounts and after investigating found many of those affected had used their cards on Ticketmaster’s website. Monzo presented its findings from this sophisticated ecommerce fraud to Ticketmaster, but after looking into it, the event ticketing firm said it could find no evidence of a breach.

Ticketmaster informed the ICO and notified all customers affected, advising them to reset their passwords. However, a group of 650 people are suing the company for £5 million, claiming they have suffered “multiple fraudulent transactions” and “significant stress”.

“One essential lesson organisations should take from such recent incidents is that our cybersecurity is only as good as our third-party vendors’ security and compliance,” says CyNation’s chief technology officer and chief security officer Shadi Razak.