Waste not, want not. In challenging and uncertain times this reassuring refrain is one that we often return to as it reminds us to make the most of our resources. It’s a phrase that’s particularly relevant these days to enterprises investing heavily in the cloud as a critical part of their coronavirus response. But they are failing to identify that cloud waste could eventually become a limiting factor to success beyond the pandemic.

Forward-thinking businesses have, quite rightly, identified that cloud services are essential to a successful digital transformation, the importance of which has only been highlighted by the impact of COVID-19, which has forced them to become more agile. However, in the race to modernise their infrastructure rapidly, many are potentially overextending themselves in the cloud. 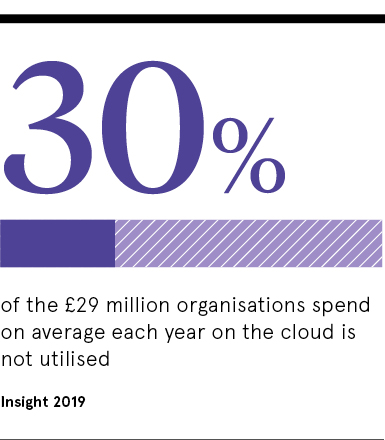 The 2019 European Insight Intelligent Technology Index (IITI) revealed organisations were allocating more than £29 million every year for cloud spending, but that 30 per cent of this money was bankrolling services laying dormant, resulting in £8.8 million wasted cloud expenditure annually. Further predictions from Gartner, released at the end of 2019, forecast cloud waste would exceed an eye-watering £14.2 billion in 2020.

Of course, since these figures were released there has been a global scramble by businesses to increase cloud capacity to deal with the extra demands brought about by their organisational response to the virus. The almost overnight shift to remote working has only added to the rapid adoption of cloud services as enterprises seek to relocate infrastructure to minimise disruption.

This suggests the numbers may have to be revised upwards by the time 2020 finally draws to a close. But why are so many digital transformation business models out of sync with their cloud services?

Prepare to plan or face waste

The IITI highlights the importance of the planning stage when 39 per cent of respondents revealed that a proportion of their cloud waste could be traced directly back to planning issues, while 44 per cent identified trying to determine whether public, private or hybrid cloud was the best fit for what they were trying to achieve.

Successful digital transformation requires a clear understanding of what a business wants to achieve from the technology it’s embracing, for example is it trying to increase agility or cut costs? 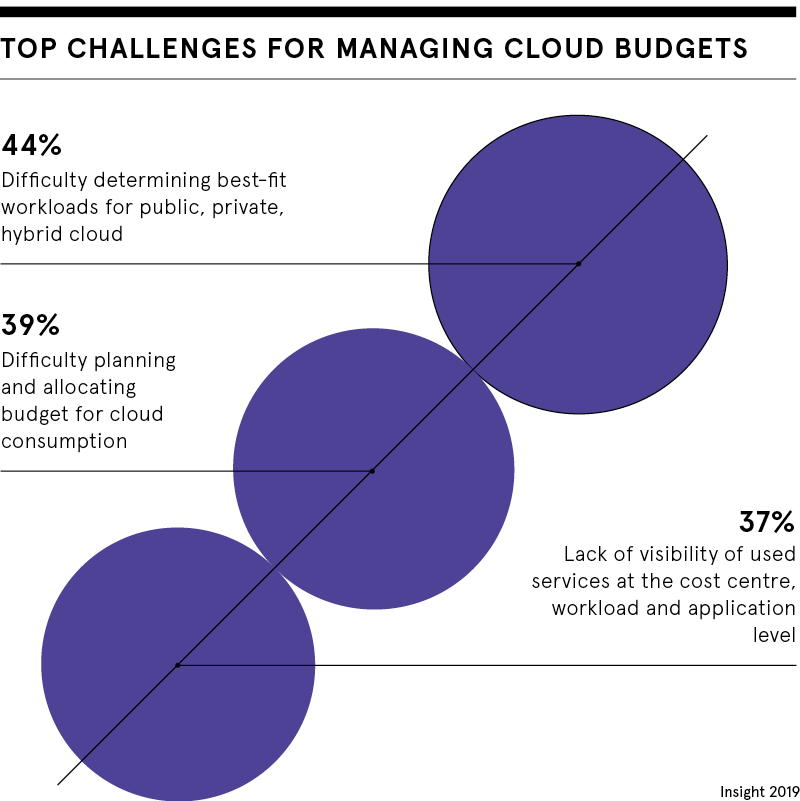 “Think about non-production resources,” says Jay Chapel co-founder and chief executive of ParkMyCloud. “Most of these are only used during the working week and don’t need to be running 24/7, which means for almost three quarters of the week they sit idle, but are still paid for.”

Overprovisioned resources are also a problem that occurs during planning, according to Chapel, and in many instances a business will have been paying for virtual machines that are larger than needed for their workloads.

“Employees also need to understand exactly how the cloud differs from legacy environments,” explains Uzoegwu, “so they won’t make costly assumptions in procurement.

Why transparency is key

“Even if it plans perfectly, the enterprise still needs to have full visibility and control over its cloud environments. It needs to ensure it has the right tools for the job, not only to manage dynamic cloud environments, but the new approaches and technologies the cloud allows, such as microservices, containers, serverless computing and DevOps.”

According to the IITI, 36 per cent of enterprises cited a lack of visibility as a reason for cloud waste, but this can be minimised with the adoption of artificial intelligence (AI) tools, says Michael Allen, vice president, Europe, Middle East and Africa, of software intelligence company Dynatrace.

Most resources are only used during the week and don’t need to be running 24/7, which means they sit idle, but are still paid for

“Organisations need the assistance of AI to understand what’s going on in their cloud,” says Allen. “They can then use that intelligence to automatically scale their cloud services up and down in line with their needs at any particular point in time. That way they can ensure they are only paying for the cloud services they need.”

This is particularly relevant during the current global health crisis as its ripple effects prompt companies to purchase software in the cloud to help them maintain business continuity, making previously purchased software obsolete.

“When it’s so easy to spin up, spin down or move applications and infrastructure, it can be tempting for individual business units to simply purchase what they need, when they need it,” says Uzoegwu. “This can lead to a cloud sprawl with potentially duplicate services or services that are still being paid for long after they have stopped being of any use.

“Ultimately, for organisations to truly drive enterprise-wide agility, innovate faster and modernise the way they work, they need to rethink their approach to cloud and treat it like any other IT project.”

After all, moving to the cloud shouldn’t be a leap of faith. It needs to be a well-disciplined and well-provisioned move, so a business can minimise cloud waste and ensure valuable resources, which should be working towards company growth, aren’t evaporating into thin air.