Why 5G is more than simply faster 4G

Barclays Bank recently published a report on how British business doesn’t understand 5G. Ironically, the report made clear that Barclays itself clearly doesn’t understand 5G either. Indicative of this was the executive summary which looked at how you could download a file over 5G much quicker than over 4G. Yes, 5G is faster, but that’s not what makes it transformational.

Think of 1G as vinyl records. Then of 2G as CDs, 3G as DVDs and 4G as Blu-ray. 5G, on the other hand, is like the internet: it opens up Netflix, Spotify and iPlayer. It’s not the speed that’s liberating; it’s the way it is built that makes it different.

There is a smörgåsbord of technologies in 5G. Leading this is NR or new radio. The three use-cases for NR are enhanced mobile broadband (eMBB), massive machine-type communications (mMTC) and ultra-reliable low-latency communications (URLLC).

To break these down into what they do for you, eMBB gives faster speeds of more than 1 gigabyte per second (Gbps). According to Three UK’s director of network strategy Phil Sheppard, the telecoms provider expects to reach 3Gbps in 2020.

The introduction of mMTC is as much a rival to wifi as to 4G. If you live in a crowded area you might already find your wifi suffers from interference. mMTC is designed to support a million devices per square kilometre. It might be used to control hundreds of lights at a rock concert or a factory might have hundreds of robots each with numerous sensors.

What 5G’s low latency could do for business

Margot James, minister for the creative and digital industries, says: “If issues are about to arise in the factory, these sensors will detect them and help prevent serious faults further down the line. Our Industry 4.0 project in Worcestershire is showing how 5G can make these realities a reality.”

Lastly, the low latency – how reactive and slick a system feels – offered by URLLC is often cited as essential for driverless cars and remote surgery.

A great demonstration of low-latency 5G was a performance at the recent Orchestrating the Orchestra project during the Bristol 5G Smart Tourism event, where musicians in three locations across London and Bristol were able to play in real time, in sync with no delay, across 5G networks.

Low latency presents a huge business opportunity for the software-as-a-service industries to provide a much tighter link between communications and computing. Controlling all the apps within the network, ensuring they all have enough processing power in the right places, is called orchestration, hence the pun.

The power of network

One of the places where orchestrating is used is with mobile edge computing or MEC. A great example of this is the AutoAir 5G testbed at the Millbrook motoring proving ground in Bedfordshire, which boasts the first independent 5G-enabled infrastructure for connected and autonomous vehicles in the UK. With 22 cell sites around a two-mile high-speed circuit, vehicles are able to stream video to one another simultaneously.

Streaming video from these sources all the way through the mobile network would be a huge amount of data transfer. AutoAir has deployed MEC where the video server sits at Millbrook; it is also connected to the rest of the O2 network, but for those on the track data doesn’t need to go all the way to O2’s main datacentre.

While O2 is a close partner in the project, which uses O2 spectrum, it doesn’t supply any infrastructure. The AutoAir network uses another new 5G technology: neutral host infrastructure. The company DenseAir “owns” the network and sells the connectivity in much the same way as a business might put solar panels on its factory roof and sell power back to the grid. Neutral-hosting allows organisations to do the same with 5G connectivity.

Mansoor Hanif, chief technology officer at the regulator Ofcom, is looking at the option for a state-run neutral host, much like Network Rail providing the rail infrastructure with private trains running on the network. He’s also looking at releasing spectrum for public good at a minimal cost. Although this has been criticised for being at a frequency where devices are expensive and not generally available, Ann Williams, commissioning and contract manager for Liverpool City Council, wants to run a network to provide healthcare support. 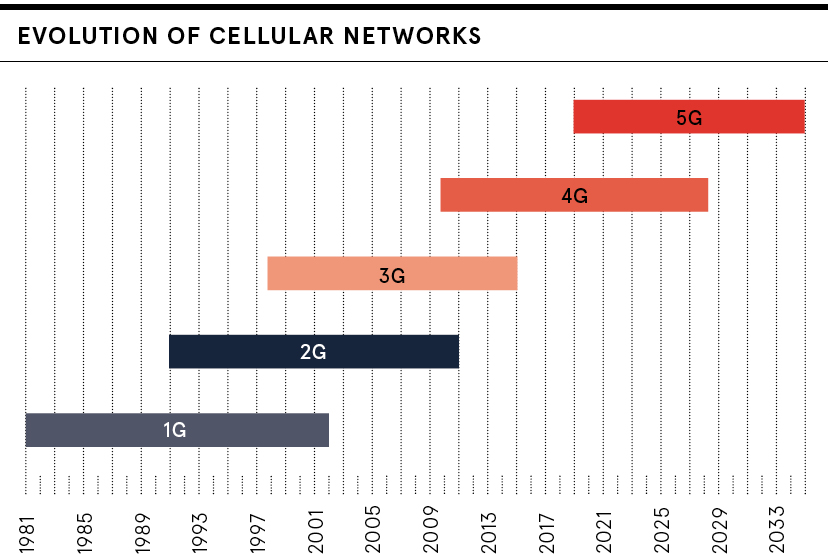 How network-slicing can help the emergency services

Ms Williams is doing this because she doesn’t trust the networks to provide coverage of the areas where she needs to care for the elderly and infirm. If she was comfortable with coverage, she’d have another option for a private healthcare network, that of network-slicing.

Network-slicing is another new 5G technology, where one mobile network can be made to look like multiple separate networks, giving only selected users access. These might be crew at a venue, emergency services or specialist equipment talking to controlling systems.

Ms Williams’ distrust is well founded as UK networks say they plan to only use 5G in areas where there is a strong business case. Another element of 5G, beam-steering, means networks could hypothetically operate with only a few very large cells in rural areas and not experience the usual problems associated with not being able to support enough users.

5G is complicated and it’s no wonder Barclays missed the opportunity, but just as the cars at Millbrook are using 5G cameras and artificial intelligence to look into the future, so are the universities and testbeds around the UK.

There is no doubt 5G is going to be big. As O2’s chief technology officer Brendan O’Reilly says: “5G will have a bigger impact than the introduction of electricity.”