With its ability to augment everyday human abilities, wearable technology provides a unique opportunity to improve safety and increase the effectiveness of personnel in extreme environments 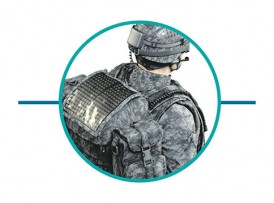 In war, the physical condition of soldiers is key to their performance on the battlefield. Lockheed Martin and the US Department of Defense are working on wearable sensors on a soldier’s body or woven into the “smart fabric” garment they’re wearing that can wirelessly provide crucial data in real time, including breathing, heart rate and hydration. This information can help senior officers to manage troops more effectively and speed up triage in the event of injury. US wearable technology developer MC10 is involved in bringing renewable power to the battlefield, with wearable solar panels made from lightweight, stretchable fabric, helping to enable much of the troops’ other high-tech gear to function for longer away from a conventional power source. 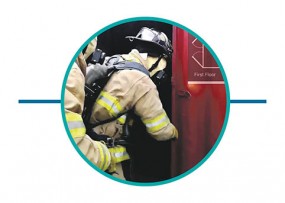 Visual wearable devices are helping to perform a vital function in the wake of controversy surrounding police actions in Ferguson, Missouri, and across the United States, monitoring the performance of law enforcement. The increasing use of wearable cameras could help to ensure compliance among officers and provide valuable evidence when things go wrong. Augmented reality takes this visual technology to another level, with such wearables finding a place in a range of hazardous environments, including applications that increase the effectiveness and response times of personnel in the emergency services. While Google may have withdrawn its Google Glass headset from sale to consumers in January, development of the system is still ongoing and many commentators expect the technology to re-emerge in niche settings. One example is an app developed by North Carolina firefighter Patrick Jackson and trialled by others, including the New York Fire Department, which enables firefighters to download floor plans of buildings before entering them. This provides them with a GPS-guided augmented reality walkthrough that improves navigation in smoke-filled environments, potentially saving lives by reducing the time it takes to reach survivors trapped inside. 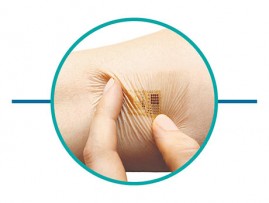 MC10 has developed a tiny wearable sensor, the BioStamp, that can be worn against the skin or incorporated into garments, including a skullcap designed to detect head injuries. The Checklight, a consumer version of the device already being marketed by Reebok, protects boxers and other athletes by monitoring the effects of potentially dangerous impacts, flagging the need for medical attention where there is a risk of concussion. Similar health-monitoring sensors have obvious applications for other extreme situations, such as deep-sea diving, and in addition oil and gas exploration. 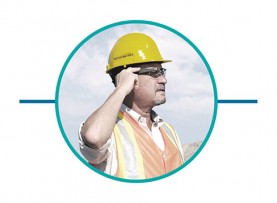 Augmented reality is already at work in hazardous environments across other sectors. Wearable developer Vandrico’s “smart glass” display technology provides site supervisors in the mining industry with real-time data on the operation on mining equipment deep underground via “heads-up” screens mounted in their hard hats. Benefits include the ability to call up on-the-spot status reports on equipment or view footage from remote cameras mounted on automated shovels and other machinery, as well as monitoring productivity with read-outs of conveyor belt output.