The smart grid used to be the future of electricity – it was going to create an interactive, decentralised world of “prosumers” who sell their surplus energy as well as buy from the power network.

At first, it just meant putting in smart meters, says John Renard, global lead for utilities at consultancy Cyient. “However, it has also come to represent the installation of distributed energy resources across a network, as well as the presence of self-healing grids, which organise disaster recovery and promote network optimisation within a network,” he says.

Then, like all buzzwords, it seemed to just fade away. So what happened?

Well, partly, bits of the smart grid morphed into other, trendier concepts, such as the internet of things, the idea that all devices and appliances in the home will be part of a giant network.

“The rollout of the internet of things in the home and the ‘smart home’ is finally starting to make traction with consumers,” says Marlon Cohen, a technology lawyer at Addleshaw Goddard. “UK retailers like Dixons Carphone and John Lewis are focusing on smart home technology. This uptake of connected home products, from fridges to real-time energy displays, will in turn drive the uptake of smart products such as smart meters on the supply side.”

Partly, it is sitting quietly waiting for the infrastructure it needs, like smart meters, to be put in place. “Things have moved on,” says Stuart Cook, head of utility strategy and regulation at PwC, “but it’s a bit like a smartphone. It’s no good having the phone if you don’t have all the infrastructure as well. The smart grid is a bit like that. There is increasing deployment of smart technology in the grid estate, but it’s patchy at the moment.” 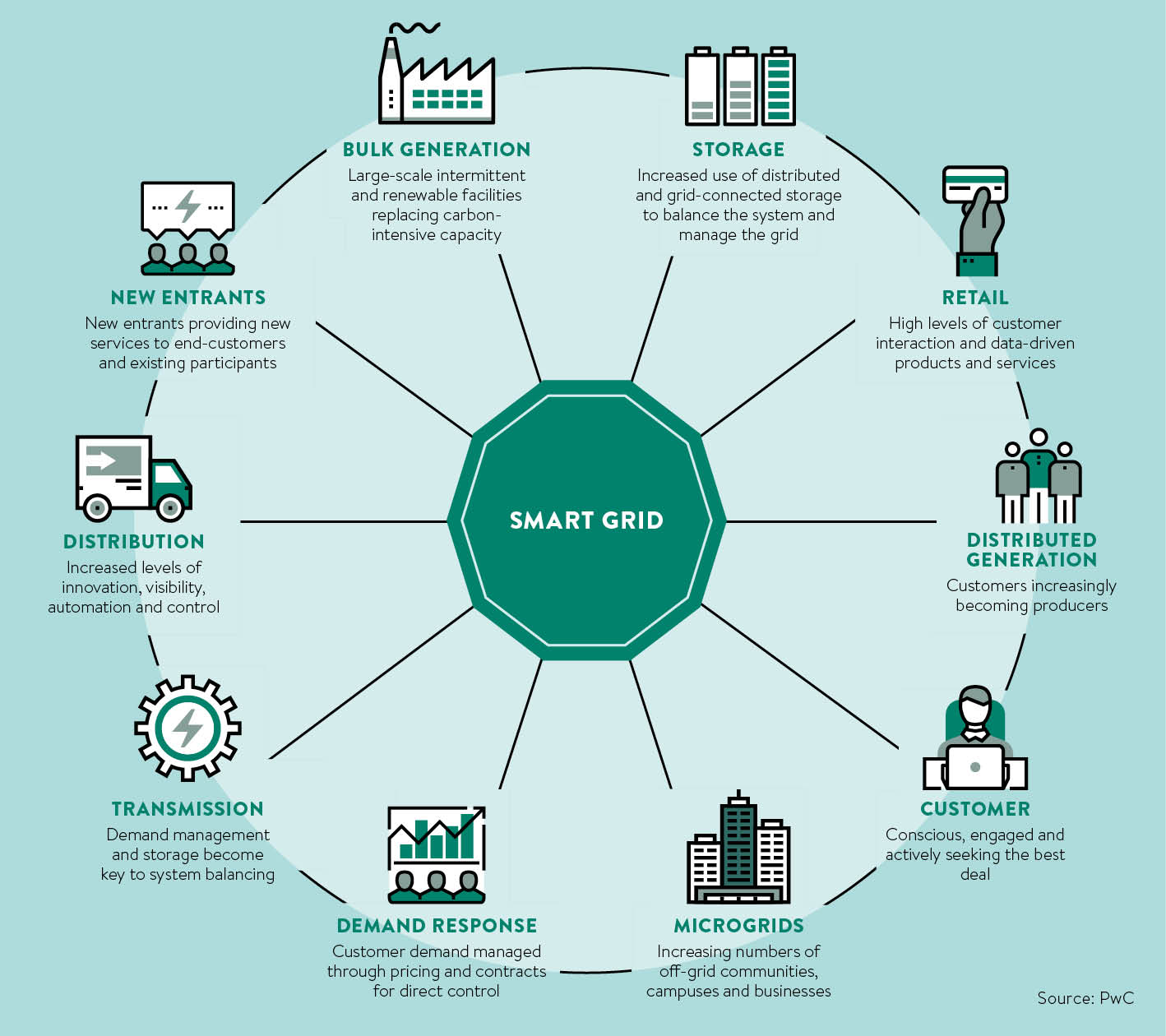 By 2020, UK electricity suppliers have to rollout smart meters that enable the customer to know, at any point in time, how much power is being used. These will combine with smart appliances to allow a dialogue between the household and the energy supplier so that during times of peak demand, when energy is more expensive, the meter can tell the appliance to power down.

It is sitting quietly waiting for the infrastructure it needs, like smart meters, to be put in place

But other parts of the smart grid have simply, but quietly, became part of the mainstream. Companies such as Tollgrade, for example, have created monitoring platforms made up of smart grid sensors and predictive grid analytics software that give utilities and distribution system operators a real-time map of what is happening on the network. Such systems enable grid operators to identify potential faults before they happen, saving money for operators and reducing power outages for customers.

Radical transformation of the power system

Meanwhile, the UK power system is in the process of a radical transformation that has the smart grid at its heart. Ageing coal-fired and nuclear power stations are closing down and large amounts of renewable power are coming on to the system as the cost of technologies such as wind and solar continue to drop rapidly. As energy storage techniques and technologies continue to mature and get cheaper, this new wave of decentralised energy will continue to grow. 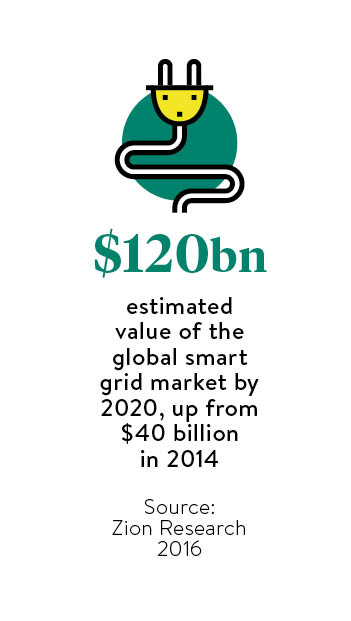 “The smart grid means moving from a centralised power distribution system with generators pumping energy out, to a system where energy is distributed around the country and is being stored or produced when needed,” says Stewart Reid, future networks and innovation manager at Scottish and Southern Energy Power Distribution.

This is shaking up the power generation sector, threatening the business models of the “big six” generators and bringing new players into the market. A number of companies, such as Smartest Energy and KiWi Power, have set themselves up as aggregators. KiWi Power groups together industrial and commercial companies prepared to cut their power usage at peak times, allowing system operators such as National Grid UK to avoid using outdated, expensive and polluting “peaking” power stations.

Smartest Energy, by contrast, buys energy from independently owned, largely renewable power generators and supplies it to large businesses such as Marks & Spencer, John Lewis and Toyota. A growing number of big companies are committing to source all their power from renewable energy under projects such as The Climate Group’s RE100 initiative, so the market is likely to continue to grow rapidly. A number of companies are also starting to generate their own energy by putting solar panels on the roofs of their facilities or by turning food waste into biogas.

About £1 billion has been invested in distributed energy over the last five years, £375 billion of it in 2015 alone, says Robert Groves, chief executive of Smartest Energy. “If we are going to move to a smart world, the first step is to have local generation. Demand-side management is the most exciting thing. The technology is low risk and it is quick to deploy. The marginal cost is far cheaper than anything else. But the challenge is to incentivise consumers to change the way they behave.”

For the smart grid to be a more coherent phenomenon, it will require some kind of consumer trigger, Mr Reid agrees, but it is not yet clear exactly what that will be. “Electric vehicles (EVs) could be one trigger. If there is a significant uptake of EVs, immediately people have an asset that could provide vehicle-to-grid power. That will lead them to think about saving energy in the house, which will lead to people coming forward with aggregation services, which will lead to more progressive thinking about energy storage. It will be a cascade effect that the industry will have to keep up with,” he says.

Another area that needs to keep up is regulation, which at the moment is lagging behind the technological advances the industry is seeing. “There are quite a few regulatory barriers at the moment,” says Simon Virley, UK chairman of energy at KPMG and a former director general at the Department of Energy and Climate Change. One example of this is that storage is treated as a generation technology. Under rules that prevent National Grid from generating power, it is not allowed to support energy storage technologies. “I suspect that it is the technology that will drive this, rather than the regulation,” he adds.

On the supply side, the rollout of smart grid solutions is taking place in different ways in different cities in the UK, and a regional rollout is likely to continue, says Mr Cohen. For example, Bristol started running the Bristol Smart Energy City Collaboration in 2015 where a city-owned energy company takes responsibility for smart use, distribution and supply of energy across Bristol.

Milton Keynes on the other hand has looked at introducing internet of things technology in the city to monitor energy, waste collection and water systems. This type of regional development is likely to continue alongside government-led initiatives such as the smart metering implementation programme. 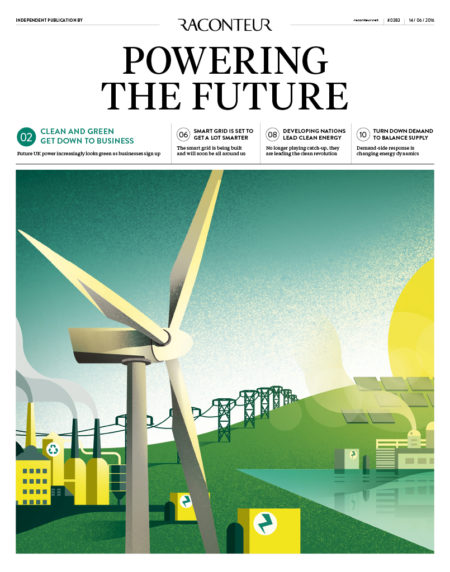