They have hit a rough patch, but canny commodities investors could take a shine to diamonds, platinum and palladium, writes Fiona Bond

Few markets divide opinion quite like commodities. After tripling in value between 2000 and 2011, many viewed the asset class as the route to riches, and it was quickly dubbed a “super-cycle”. However, a toxic mix of over-supply, fears for tepid Chinese growth and a stronger US dollar sent prices rapidly tumbling back down, with many sliding to multi-year lows in 2014.

Michael Lewis, strategist at Deutsche Bank, says: “Across many commodity markets, physical fundamentals have deteriorated rapidly over the past few months. This has been most acute in the crude oil and agricultural markets, but financial forces have also been working against parts of the precious metals complex.”

The third quarter saw commodities fall from top of the asset class league table to bottom. The Bloomberg Commodity Index dipped to a five year low in October, with much of the weakness deriving from lower oil prices.

“Of the group, energy continues to be the worst performer, not only since the end of the third quarter, but also year to date. In fact, this year will mark the worst annual performance in energy returns since 2008. We expect energy returns will continue to be vulnerable to a stronger US dollar,” says Mr Lewis.

Similar fears have dominated agricultural markets, with grain and soybean prices recently languishing at multi-year lows, while metals have fared little better. Copper hit a six-month trough as investors feared slowing Chinese growth would hamper demand, while collapsing iron ore prices – down 40 per cent on the year – and crumbling coal prices have sent producers and investors alike into a flap as share prices bear the brunt.

“Coal and iron ore markets are being driven by very robust supply and as such we are cutting our forecasts for 2015,” says Andrew Keen, global head of metals and mining at HSBC Bank.

NO GOLD OR SILVER LINING

Unfortunately, the bad news does not end there. Gold and silver fans have also been given a bitter pill to swallow, with both metals hitting four-year lows. This begs the question, what next? Is the much hyped super-cycle finally at an end?

Kieron Hodgson, commodity and mining analyst at Charles Stanley Securities, says: “Supply was based around historical demand trends before China, so did not account for the huge investment in infrastructure that was about to define global demand for the next two decades.”

For almost every commodity produced, annual consumption is higher than it was five years ago – what is different now is the sheer amount of supply

Mr Hodgson says lower prices are as a result of supply finally catching up with unexpected demand after a concerted effort by producers. “For almost every commodity that is produced, the consumption per annum is higher than it was five years ago – what is different now is the sheer amount of supply,” he says.

It is a sentiment echoed by analysts at Goldman Sachs who said in a recent report: “A prolonged period of elevated commodity prices has catalysed a supply response. We do not expect a collapse in global commodity prices, but we do anticipate substantial declines.”

Thus investors looking to find the next success story may be hard pressed to find it within commodities.

“A new long-term uptrend in the US dollar is now firmly entrenched and will continue to pose risks to large parts of the commodities complex,” says Mr Lewis.

Bucking the downward trend for 2015, however, could be industrial metals platinum and palladium, despite a muted performance this year.

James Steel, analyst at HSBC Securities, says: “We maintain our bullish outlook on platinum and expect prices to rally from current levels,” citing increased end-user demand in the global auto and jewellery markets. Mr Steel forecasts $1,505 an ounce for 2015 and says that both platinum and palladium can act as “risk management tools during periods of economic and financial stress and volatility”.

Diamonds may also pose an attractive space for those seeking something a bit different. A lack of new production coming online, coupled with increasing demand across China and India, means diamonds could prove to be a sparkling star in a struggling commodities market going forwards. 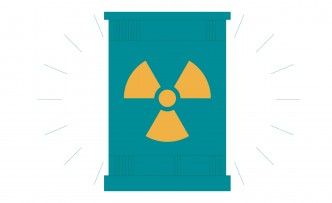 Utter the word uranium and most people would think of it as investment suicide. Following the Fukushima disaster in 2011, the price of uranium plunged, while global inventories swelled as Germany and Japan pledged to wind down their nuclear plants amid safety concerns. Fast forward three years and uranium prices appear to have bottomed out, meaning those investors who previously shied away from the commodity could be missing a trick.

Japan recently announced it would restart its nuclear power plants and David Talbot, senior mining analyst at Dundee Capital, thinks it will lead to increased demand. “We expect Japan to honour existing contracts and likely continue to contract uranium in an effort to maintain relationships with producers that often take years to nurture,” he says.

Like it or not, nuclear power is an affordable means of “clean” energy as the world population expands and growing economies are not afraid to use it. China has an ambitious nuclear energy programme in place, while Brazil, India and Russia are all expanding their nuclear energy infrastructure.  According to analysts H.C.Wainwright, there are currently 94 per cent more nuclear reactors under construction and planned than there were in 2007, at the height of the uranium market.

“The long-term future for nuclear power construction is strong in China, India and assorted other locations in emerging markets,” H.C.Wainwright says.

The World Nuclear Association 2011 Global Nuclear Fuel Market Report, issued after Fukushima, highlighted a significantly expanding market over the coming years, with demand forecast to grow some 48 per cent between 2013 and 2023.

Kieron Hodgson, commodity and mining analyst at Charles Stanley Securities, says: “Uranium will be an interesting place to be over the next three to five years. The dynamics are positive; producers are a fair way down the destocking process, with the cheap tonnes quickly being used up, while demand is increasing.”

Investors seeking to gain exposure to the sector can invest directly in uranium shares, with analysts believing a future increase in uranium prices, coupled with stocks trading down, could pose an attractive entry point. Alternatively, investors have the option of a managed fund or exchange-traded fund, but whatever the approach, the uranium market looks set for a revival. 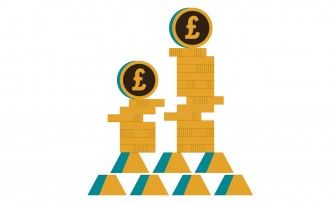 Love it or loathe it, gold has certainly proved to be one of the most gripping investments of the past decade. From around $800 in 2008, prices soared to an all-time high of $1,923 in just three short years, before tumbling back down again.

But as the saying goes, what goes up must come down, and sure enough gold well and truly lost its shine in 2013, shedding 28 per cent of its value before sliding to a four-year low in 2014. However, in a world where geopolitical tensions pose a very real threat and economies fail to live up to their anticipated growth, will gold once again become the investment choice du jour?

Kieron Hodgson, commodity and mining analyst at Charles Stanley Securities, thinks not. “Structurally, we are negative on gold. Geopolitical uncertainties or a slowdown in global growth may cause temporary rises, but over the longer term, gold will remain within the $1,100 to $1,200 range.”

It’s a view shared by Michael Lewis, strategist at Deutsche Bank. “We believe the forces that ended the bull run in gold in 2011, and which then triggered a more violent correction from the second quarter of last year, will continue over the coming year,” he says.

Mr Lewis thinks the only way gold could sustain a rally would be a downgrade to the US growth outlook, which would in turn delay US Federal Reserve tightening and weaken the dollar, but he dubs this a low probability.

Banking giant Goldman Sachs has also lowered its forecast for the precious metal to $1,050 an ounce over the coming 12 months.

All this talk of lower prices has naturally done little to entice investors towards gold mining shares. Mr Hodgson says: “I would recommend avoiding gold miners. There are some attractive names in the sector, but as gold equities are leveraged exposure to what we believe will be a declining commodity, the risk would be firmly on the downside.”