Starting up Formula E in Malaysia

Malaysia was the first nation to sign up to host a Formula E race. Until Formula E Malaysia chairman Dato’ Sri Johann Young shook hands on the deal there were other nations interested, but they were seemingly waiting for someone else to take the plunge first. So how did the deal get made?

“I met Enrique Bañuelos, the original investor behind Formula E, for lunch in London,” says Mr Young. It was late 2012. “He said, ‘I’m investing in this thing… do you want to invest?’ I saw the potential immediately. It was all done very quickly.”

The key was the commitment from the Malaysian government. In addition to becoming a sponsor, the government agreed to shut public roads for a street race and to supply man-power including policing. But why? 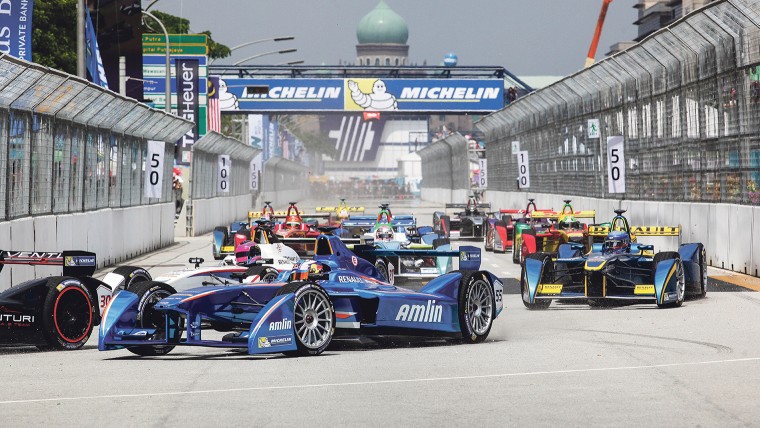 “The government is promoting Malaysia as a very green country. Environmental issues are given a priority. And Putrajaya is the ideal environment for Formula E. It is totally green. It was designed 100 per cent with the environment in mind. I know not many people are aware of this, but the city is committed totally to renewable energy and low-carbon footprints. All the buildings have a green index, including the prime minister’s office. So when I presented Formula E to the prime minister he saw the connection,” says Mr Young.

Yet even with government aid the race was not a foregone conclusion. Hosting a street race for a totally new format proved tricky. “It caused me a lot of headaches for the whole year,” Mr Young recalls with a long, slightly relieved laugh.

He had to placate the locals, who weren’t sure why the roads would be closed. Clear explanations, with free tickets helped.

The circuit needed to be built. “Getting the circuit up to FIA [Fédération Internationale de l’Automobile] standards is not easy. It takes a lot of time and money,” he says. Pit areas in particular, aren’t easy to construct for street races.

Then came training. Mr Young says: “We needed 2,300 people to host the race. This includes marshals, medics, catering staff, traffic management, power supply, security and so on.” If this seems like a lot, then bear in mind most were for race week only. A core of 400 work on the race long term.

Marketing was hard. “We had only a small budget, like a startup. Fortunately, there was hunger from press. We did lots of newspaper interviews, radio interviews and Alejandro Agag [the championship’s chief executive] did interviews too. Everyone was just so excited Formula E had come to Malaysia.”

Petrol racing will be a legacy race, like classic car racing - Formula E is the future

The biggest problem? Inexperience. “It was the marshals’ first time doing a street race. It was everyone’s first time doing a Formula E race. They need training. If you think hosting a race just means opening a circuit and waiting for the cars and teams to show up, I can tell you otherwise. We spent two years working on the race, getting through every obstacle. To host a race you need someone who is really determined.” Mr Young pauses. “You need someone made of steel.”

Mr Young proved he had what it takes. A serial entrepreneur, he founded Orange mobile phone network and has holdings in a number of disruptive startups, such as European Coastal Airlines, which connects Croatia’s island archipelago with Dubrovnik, Zagreb and soon Venice with sea planes. “We cut a journey from two hours to 15 minutes, and charge €50,” he says. “Again, what we do contributes to a better environment, while contributing to the economy of the entire region.” 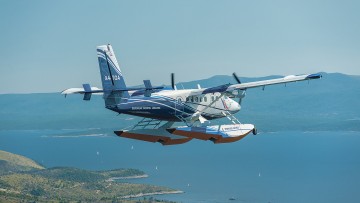 His main focus now is on building on his success with the Putrajaya Malaysian ePrix. “Formula E can be bigger than Formula 1,” he says. “It’s like analogue phones versus digital. Formula 1 is analogue, there’s not much you can do with the cars. But Formula E is digital. You can do so much more, like put on electric turbo on demand.

“The younger generation who grew up with PlayStations can appreciate that about Formula E. I think Formula 1 will try to go hybrid and then what, electric? They may say no today, but they will. Petrol racing will be a legacy race, like classic car racing. I love Formula 1, we all do, but Formula E is the future.

“It’s like digital cameras. People said they will never catch on. And then hey – we know what happened.”