Against a backdrop of political and economic uncertainty, foreign exchange specialist moneycorp looks ahead to 2017 and the future of sterling 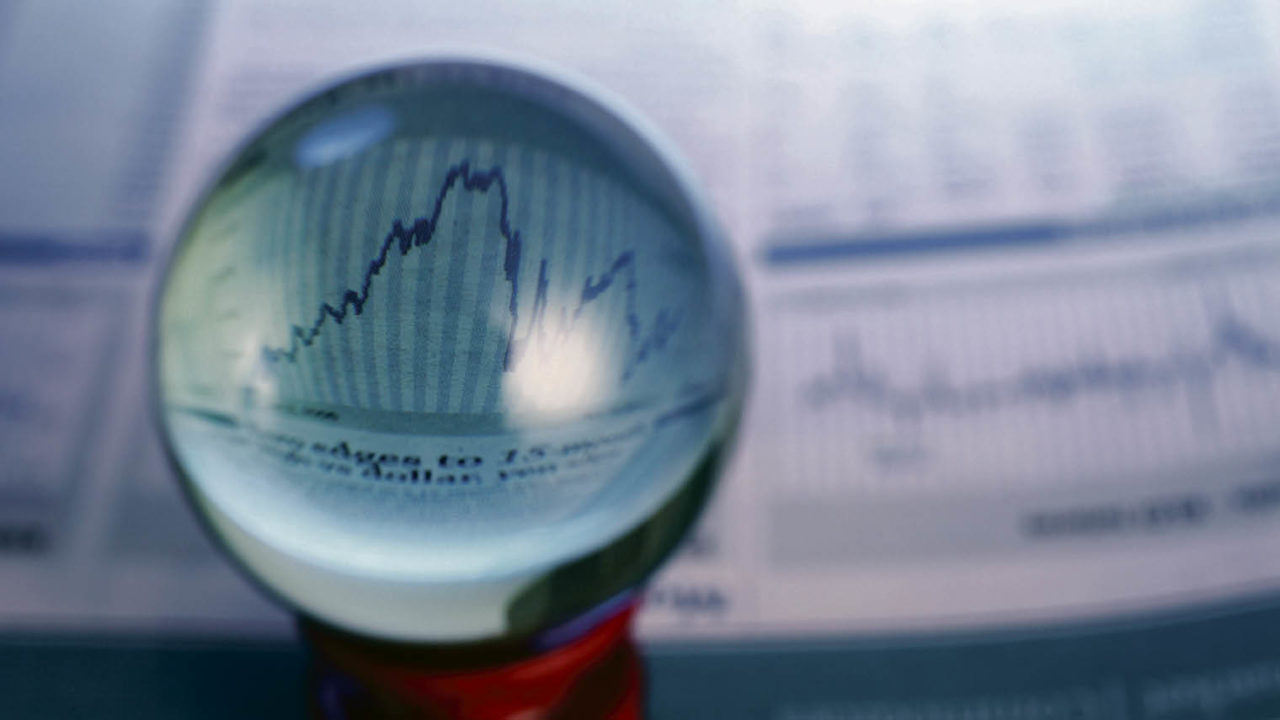 A wave of political and economic uncertainty sent the pound reeling to a 31-year low in October, prompting financial markets, businesses and investors to ask what’s next for sterling?

“An unexpected win for Brexit in June signalled the start of an unknown path for the UK, plunging the world’s markets into turmoil and triggering a sharp decline in the pound,” says Lee McDarby, managing director for UK corporate foreign exchange and international payments at foreign exchange specialist moneycorp.

After a period of relative calm, the announcement by prime minister Theresa May in early-October that the Brexit Article 50 would be triggered by March 2017 caused panic in the markets and the pound dropped to its lowest level against the US dollar since 1985.

Mr McDarby says fears that the UK will pursue a “hard” Brexit have spooked investors and will have a knock-on effect on sterling over the coming months.

“The ramifications of Article 50 are very much at the forefront of investors and businesses’ minds, and there is great uncertainty surrounding the economic fallout of leaving the single market,” he explains.

“In early-July the pound staged a small recovery in the wake of the European Union referendum, in part thanks to strong economic data and monetary stimulus by the Bank of England, but this latest announcement places a huge question mark over its future as markets grow nervous about how the divorce between the UK and the EU will play out.”

Now more than ever, internationally trading businesses and individuals are seeking expert guidance to manage currency volatility and moneycorp has helped thousands of customers to do this.

“In the uncertain environment, businesses are under pressure to visualise a post-Brexit landscape and demand for specialist support to maximise international payments has grown across our corporate and private businesses,” says Mr McDarby. “The success of businesses to survive, adapt and grow during this period of vast change will in part dictate sterling’s fortunes.”

The International Monetary Fund (IMF) unexpectedly announced in October that Britain will be the fastest-growing economy this year, ahead of Germany, Japan and the United States, despite a chorus of warnings to the contrary ahead of the EU referendum. However, the consequences of Brexit are expected to take hold in 2017, with the IMF forecasting growth to slow to just 1.1 per cent and any drop in economic growth will have an impact on the strength of the pound, Mr McDarby adds.
Politics and economics are firm bedfellows and in the four months since the UK voted to leave the EU, sterling has tumbled 20 per cent against the dollar and is worth significantly less than this time last year. Fears that the UK might lose important trade deals could tarnish sterling’s appeal and the government is under pressure from businesses to devise a plan that would involve advantageous trade set-ups with the EU.

“The certainty that Article 50 will be triggered in early-2017 has given UK businesses a timeline within which to work and has now arguably been priced into sterling,” says Mr McDarby. “Markets are forward-looking, so the direction of sterling is now dependent upon the next big trigger and the success of the UK government in guiding the country through negotiations.”

According to data published by Bloomberg, the lowest forecast of 81 major banks was for the pound to reach parity with the euro next year, marking an all-time low for sterling.

“While a weakened pound is not good news for those importing or looking to travel abroad, it would be prove beneficial to exporters, making goods cheaper for foreign investors and helping increase capital inflows,” says Mr McDarby.

Of course, the performance of sterling in 2017 will also be highly dependent upon events in the EU and across the globe. The coming months will see elections in France and Germany take place, both of which have reported a shift towards right-wing politics, as well as the climax of the US presidential election.

moneycorp, which has bolstered its international footprint with expansion into the US, Europe and most recently Brazil, expects its growth to continue as demand for specialist guidance increases. 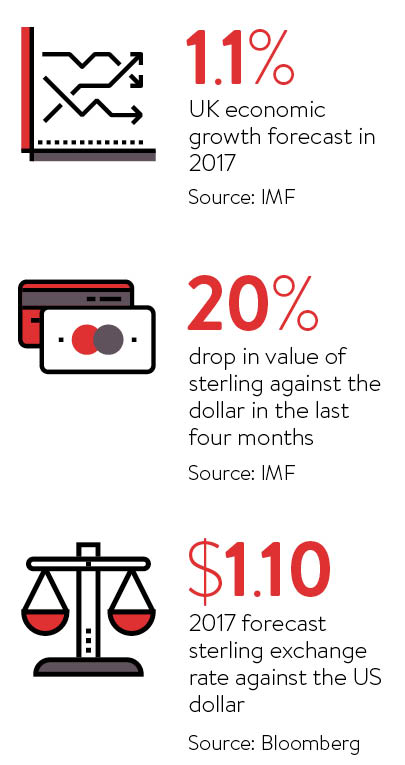 “The outcomes of the French and German elections will prove a major decider for the future of Europe, and cast the spotlight firmly on the euro and as a result sterling, while the result of the US election will have ramifications on global markets,” says Mr McDarby. “Depending on the outcome, the strength of the pound and exchange rates could swing either way, but it will certainly have an impact,” he says.

“It is common during times of political uncertainty for a currency to weaken, which was what we saw in the 2012 election. However, the US dollar rose against the much weaker pound in 2008 at the height of the financial crisis.

“The next US interest rate decisions will also likely impact exchange rates and, while the Federal Reserve is responsible for monetary policy, decisions made by the new president will affect the economic status quo.

“A win for Trump will mean greater upheaval for policy. Trump as president would likely result in short-term fluctuations for the dollar and with it sterling as the world awaits the economic effects of his policies. The stability of the dollar would depend upon the success of Trump’s first year. Should his policies prove successful, this would have a positive effect, but if they serve to insulate the US from others, the opposite could transpire.”

Data compiled by Bloomberg, based upon the forecasts of 90 major banks, has suggested the sterling exchange rate could drop as low as $1.10 against the dollar in 2017.

“The direction of sterling is undeniably linked to global economic factors, with the IMF highlighting its concerns of the increasing risk of global economic derailment, fuelled by factors such the US election, a slump in oil prices and the deceleration of China,” says Mr McDarby.

“As uncertainty continues to prevail, our focus is upon customer relationships and ensuring we provide the best service for our clients all over the world.”