While understanding the importance of undergoing a digital transformation, businesses in the UK are struggling to deal with complicated legacy IT environments and a political landscape that is causing boardrooms to stall investment 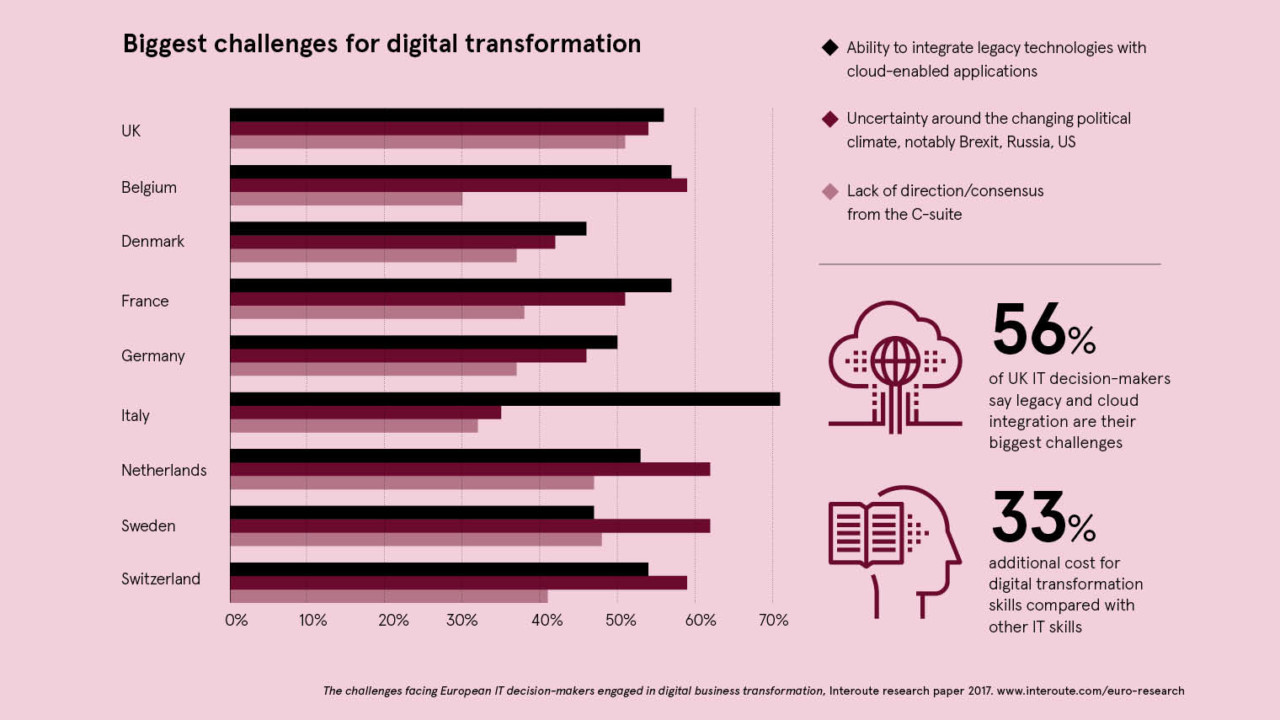 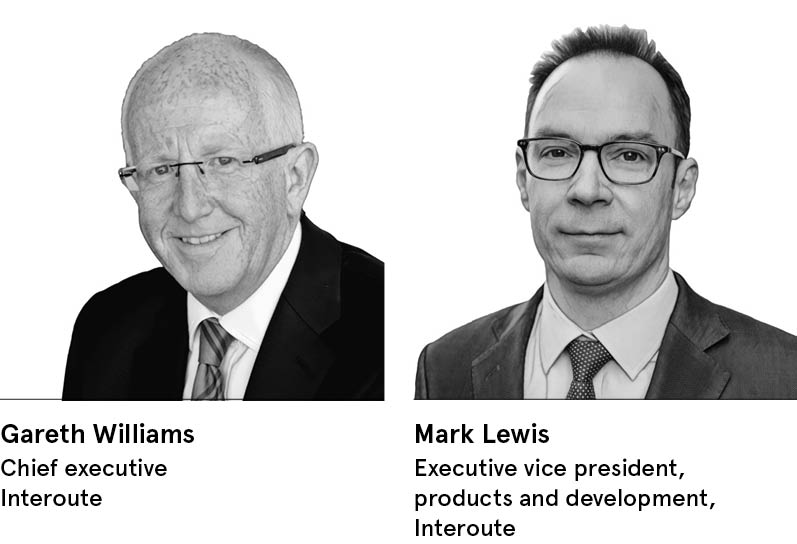 The most successful enterprises realise the costs of failing to innovate in a business landscape that is seeing incumbent companies displaced at an increasingly rapid speed. Digitally transforming IT infrastructure to remain competitive is critical to future success.

However, in a study of 820 IT decision-makers by global cloud and network provider Interoute, 51 per cent of technology leaders said they are struggling to secure boardroom consensus for achieving digital transformation objectives.

The UK result is significantly higher than the European average, which came in at 41 per cent, and higher than any of the eight other countries surveyed. Naturally, UK companies are feeling more uncertain about what Brexit means for them and it appears the political landscape is playing an important role in the decisions companies are making around digitising their business.

The differences between the UK and Europe don’t end there. While UK businesses are mostly focusing digital transformations on enhancing the employee experience through more collaboration and productivity, in Europe the top priority for such projects is modernising the business with IT.

“You could argue that the scope of ambition is slightly higher in the UK, but consequently we see a slower approach,” says Mark Lewis, executive vice president of products and development at Interoute. “Sixty per cent of UK businesses are using digital transformation to facilitate significant business-model change.”

While digital transformation can improve so many facets of IT, from enhancing data security to increasing scalability and productivity, getting buy-in from multiple stakeholders can be difficult, resulting in many companies focusing on cost-savings as a much easier objective to gain widespread agreement.

However, the most effective digitisation projects have a more strategic ambition to change how the business engages with its customers and supply chain. It’s not about ripping out the old and replacing it with something new; it’s an IT evolution that ties old and new together in a seamless way.

“You do still have people burying their head in the sand,” says Gareth Williams, Interoute’s chief executive. “But increasingly, it is the challenge of how to integrate legacy technology that is holding businesses back the most.”

Large enterprises typically run hundreds of applications, many of which can’t be cloud enabled or just sit there and cause confusion for the chief information officer. The path of integrating legacy – understanding what can be digitised and where to place IT assets – can cause businesses to wait or stall.

“Digital transformation is about taking IT infrastructure, systems or applications and making them not just something that supports the business, but actually the business process itself,” says Mr Lewis.

Cloud-based applications are now at the heart of many modern businesses, with SaaS (software-as-a-service) vendors such as Workday, Marketo and Salesforce growing rapidly in recent years as companies digitise their human resources, marketing and sales processes.

Interoute’s Enterprise Digital Platform, which is embedded into the network and dispersed across 17 global locations, is acting as a foundation for digital transformation

However, businesses that deploy these applications typically discover the vendors behind them are not necessarily advanced in building infrastructure, meaning they require underlying systems that ensure the cloud software is well supported. The SaaS vendors’ datacentres are also often located in North America or elsewhere in Europe, resulting in latency issues.

In Interoute’s survey, 56 per cent of UK businesses recognised a need to integrate legacy with cloud-enabled applications, and nine in ten, for physical proximity between customers and applications, being moved to the cloud. A third of Interoute’s customers already say the integration of those clouds and the network will be vital to delivering a successful outcome, so digital transformation is a growing imperative.

“When your data and processes are so far away from your users, the experience can be extremely negative,” says Mr Lewis. “We see a need from our customers for optimal software-defined networking (SDN), optimising the connections between customer sites, datacentres where the businesses run their own applications and these additional SaaS platforms. Technologies such as WAN (wide area network) optimisation shrink that distance you’re inevitably going to have, speeding up the traffic flow and ultimately improving the application performance for users.”

Interoute’s Enterprise Digital Platform, which is embedded into the network and dispersed across 17 global locations, is acting as a foundation for digital transformation, particularly when it comes to integrating legacy technologies and providing the infrastructure that ensures SaaS applications run smoothly.

The company’s core SDN network is utilised by many cloud software vendors to connect their datacentres to one another, enabling performance and latency improvement. Interoute has also built a cloud edge device, which optimises access to all applications whether they are hosted on-premise or in the cloud. It ensures application traffic is directed over the fastest routes without impacting availability or needing costly, unused back-up circuits.

“Because we move the intelligence into the device and the device is dynamically choosing what is the best way to get to, say, Salesforce or Workday, we can be sure that when we combine those additional technologies, it really is giving the users their best experience,” says Mr Lewis.

Five years ago, analysts assumed there were only three clouds that mattered, AWS, Microsoft Azure and Google. Now, however, businesses are realising that a portion of their applications won’t go to the cloud for reasons relating to performance, security concerns or data sovereignty.

With machine-based learning, Interoute is able to put more enablement at the edge of its network, allowing customers to pick up more workloads because the optimised IT backbone isn’t actively dumping traffic off to third parties.

By carrying the traffic as far as possible across its own network, Interoute is able to reduce latency and increase throughput and quality performance.

“Our ability to provide more of the IT infrastructure for our customers is just going to increase as that intelligent machine at the edge learns more and more. It is not going to rely on a human to prioritise because it can learn by itself,” says Mr Williams. “With the intelligent edge integrated into our software-defined core network and global cloud zones, we’re building the largest and most effective independent platform.”