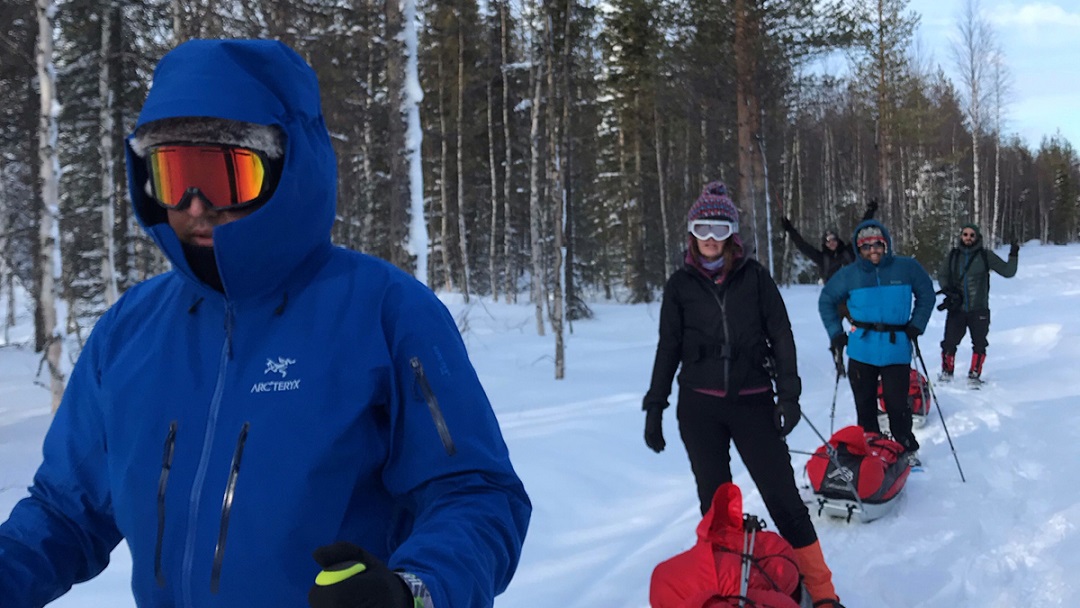 Iconic explorers and successful chief executives are unlikely bedfellows because it’s difficult to see how Livingstone’s hunt for the source of the Nile is like a modern-day boss steering the choppy economic waters of the post-pandemic era. Or how Amundsen’s assault on the poles has parallels with a CEO’s push to survive frozen markets, until you start to drill down on their mindset.

“Over the last few months, we’ve all been on an expedition. Thinking like an explorer is crucial, that’s because chief executives have had to expand boundaries in the light of what’s happened. Good explorers are curious and discontent with the status quo. This is what we need right now from CEOs. There’s so much to learn from explorers through the ages that’s relevant to our future,” explains Dr Sionade Robinson, associate professor and MBA faculty teacher at City’s Business School.

“Explorers are celebrated in many cultures, as are some successful chief executives. It’s because they bring opportunities in resources, knowledge, technology, leadership or learning. All these themes are contemporary. At no point in recent history have we needed more CEOs who think and act like explorers. These are unprecedented times and we need unprecedented people.”

In the last few years, Robinson has researched explorers of many kinds from Moon and Mars missions to the legends of polar exploration. It’s part of her work at City’s Business School. The goal is to absorb learning from astonishing expeditions through the lens of business leadership and its development, with a focus on value creation and achieving game-changing results.

“Explorers create value through connections. Exploration, like successful businesses is a shared enterprise. To explore you need a network of people who invest in an expedition. An explorer also creates a strong narrative around what they are doing; they create stories that change people’s understanding of what’s possible. Many disruptive businesses and their leaders do the same,” says Robinson.

Most explorer narratives have also been told through the trials and tribulations of the heroic white man. Robinson’s research has uncovered that behind the famous figures were a much more diverse constellation of characters who made these expeditions successful: porters, guides,  logistical organisers, linguists and quartermasters, many from varied backgrounds both ethnically and socio-economically.

“We need to realise that the best explorers were able to call upon and motivate a diverse group of people, bringing a rainbow of skills and outlooks to an expedition. Indigenous skills enabled many Victorian expeditions, showing us that diverse sources of knowledge and input were as vital then as now in 21st-century corporations,” says Robinson.

“Sidi Mubarak Bombay is a little-known African guide who kept Livingstone, Stanley, Burton and Speke alive in the wild. The Inuit supported many Arctic expeditions; same for Sherpas on Himalayan peaks. These people contributed to the expedition’s value creation. They’ve gone largely unrecognised up until recently.”  Successful CEOs must understand the value of diversity and champion voices that have historically been ignored.

That explorers claim flash fees to give after-dinner speeches to CEOs is testament to their ability to inspire. Some modern-day explorers have also gone on to drive real change in business, such as Dame Ellen MacArthur, with her foundation promoting the circular economy. Narratives around Amazon’s Jeff Bezos, Microsoft’s Bill Gates or Apple’s Steve Jobs, technology innovators, or Paul Polman’s transformation of Unilever, are not unlike the explorers of old.

“There are similarities between explorers and CEOs, both have to orchestrate risk and resources with precision. They have to be good at sourcing new knowledge that’s then shared. It’s not good enough to gather information. They also have to inspire others by disseminating ideas that create possibilities,” says Robinson.

“Leaders also have to find ways to collaborate and exchange. Exploration has an intimate relationship with technology. It has always stimulated and facilitated exploration, from canned food to writing paper, theodolites to modern expedition clothing. The same is true of corporations today.”

For many CEOs, the question is whether they act or function like a true explorer. MBA programmes at City’s Business School seek to differentiate themselves by building the case for an explorer’s mindset. Developing a sophisticated social and emotional intelligence that builds trust, confidence and a sense of cohesion among people with whom you work can be learnt and taught. So what qualities do future business leaders need to have?

“With expeditions you have to return home, to bounce back to where you were. But a successful expedition also has to bounce forward, to have achieved and learnt something that changes the way we think. A lot of the narrative around the pandemic has been about getting back to normal, but also about things never being the same again; there are parallels.”

Exploration enables individuals to transform their opportunities. Those looking to enter the boardroom aim to do the same. “The future is an unknown country, an unknown destination. There are many opportunities, but how do you access them? You do it by developing an explorer’s mindset,” Robinson concludes.

Are you looking to develop an explorer’s mindset?

Find out more at www.cass.city.ac.uk