Three is building the UK’s fastest 5G network in a move that will not only deliver a faster, more reliable mobile service — but will revolutionise business and society 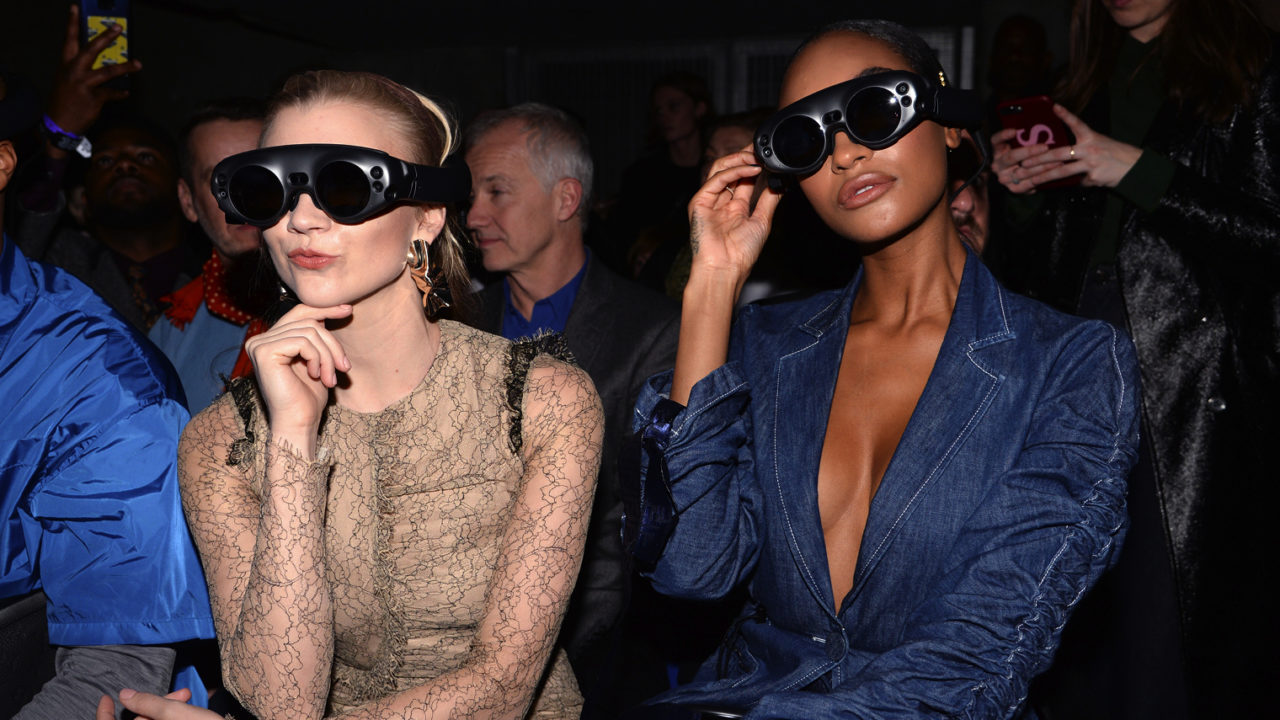 The next generation of internet connectivity, 5G, will go live in the UK this year and is set to transform the way we live and work. Films that previously took hours to download will be ready in seconds, while strikingly low latency will mean the time between pressing a button and the network responding will be almost instantaneous.

Although most people have heard of 5G, awareness around what it is and the impact it will have is lacking. In a recent study by Barclays, only 15 per cent of businesses said they are thinking about how to harness it. The bank concluded that 5G could boost the UK economy by £15.7 billion each year up to 2025, but only if this knowledge gap improves.

Indeed, any technical evolution requires time for people to understand and reap the full benefits. It will fall to early-adopters to demonstrate the value of 5G, starting with the launch of a genuine alternative to fibre broadband later this year, which will enable streamers and gamers alike to enjoy a near-seamless online experience.

“5G is not just an evolution, it is a revolution and it’s going to transform what is possible,” says Dave Dyson, chief executive at Three UK, the country’s challenger mobile network. “4G brought faster internet to all, and businesses built new models and applications around it. 5G is about speed, capacity and ultra-low latency, a complete step-change from 4G, and it will enable a whole raft of innovation we can’t even imagine today.

“The first big step-change will be 5G home broadband which Three will begin offering later this year. It will not require a long-term contract and customers will just need to plug the box into the wall and they are connected. No need to wait for engineer visits and no need for drilling cables through walls.” 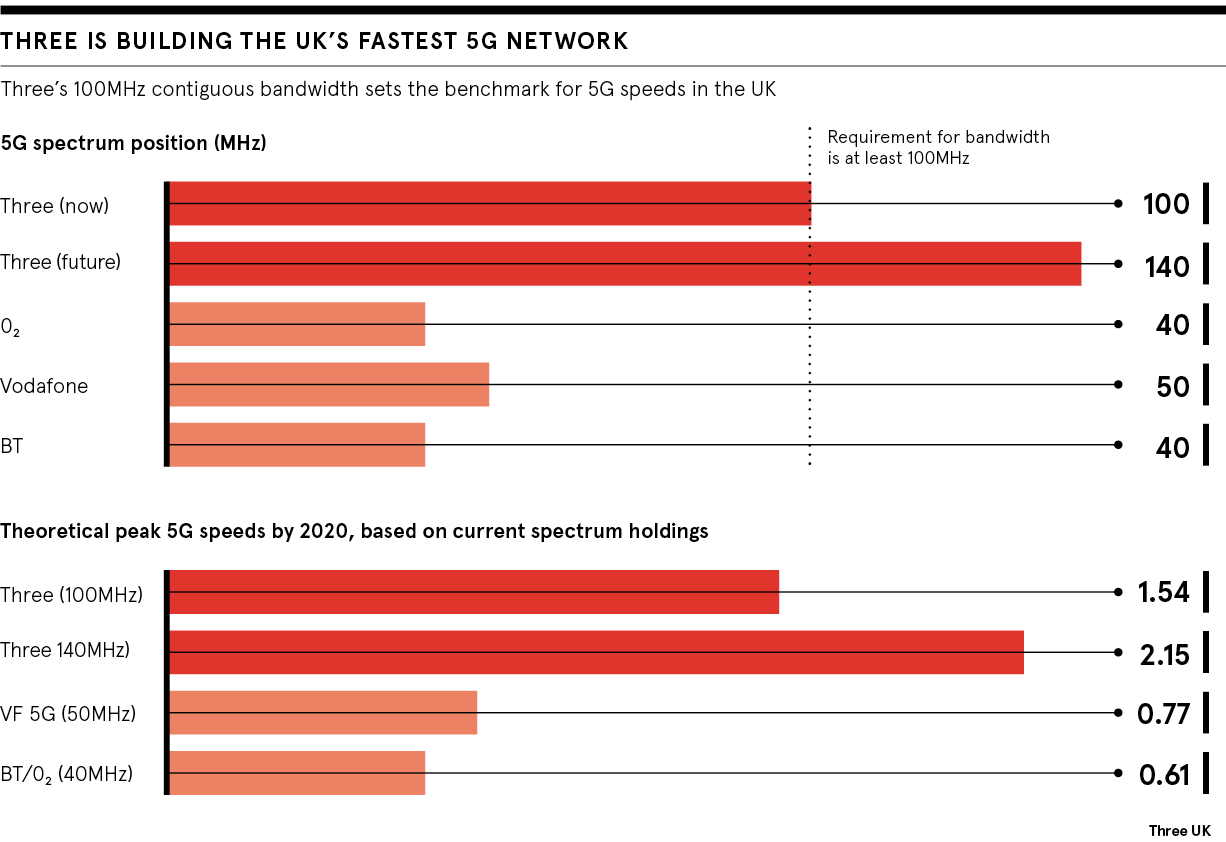 By accelerating use-cases of the internet of things, 5G will not only help enable driverless cars and robots, but it will also drive huge efficiencies in industries such as manufacturing and healthcare by connecting devices and automating processes. Councils will be able to better identify gaps in local services such as predicting traffic patterns to subsequently re-route drivers and ease congestion, or adopting smart street lighting to reduce crime. It’s all possible, and will improve day to day life to make an impact for the better.

Three is building the UK’s fastest 5G network. It is the only operator in the UK to have 100 megahertz of continuous spectrum, which is the international standard for offering a 5G service. The more spectrum an operator has, the better quality service it can offer and Three has almost three times more 5G spectrum than any other UK operator.

In a vast transformation, Three has built a super-high-capacity fibre network which connects 20 new datacentres to its mobile masts. The datacentres are highly secure and energy efficient, and feature a cloud-native core network from Nokia that is fully integrated, 5G-ready and will enable the fastest possible experience. Three’s initial aim is to get 5G on 40 per cent of its busiest sites, carrying 80 per cent of its traffic.

“Our customers are data hungry, using more than three-and-a-half times the industry average of data, so we are committed to investing a minimum of £2 billion to deliver the best possible service,” says Mr Dyson. “With our 5G spectrum and new network technology, the amount of traffic that we can carry on our network will increase by 28 times in the coming years. We’re not in a race to be the first in market, but we will be the best.”

The technology, which Three aims to launch in the second half of 2019, will deliver fibre-like speeds, a significant improvement on the 46 megabits per second that the average UK customer currently obtains using traditional, fixed broadband services.

At a time when the UK is lagging behind other nations in full-fibre rollout, with only 3 per cent of all broadband subscriptions enjoying fibre to the home, 5G wireless home broadband will provide superfast internet to more people more quickly.

Ovum estimates that 5G wireless could replace traditional connections for 85 per cent of the UK’s 26 million fixed-line customers, with equal or better speeds. It is much quicker to deploy than fibre and almost 50 per cent cheaper, the research found.

Fuelling the future of fashion

Model Lennon Gallagher walked the catwalk in a mixed reality setting powered by Three’s 5G network. Aided by Magic Leap virtual reality headsets, guests of the MA fashion show were given a unique glimpse into the mind of upcoming designer Gerrit Jacob, whose eclectic collection was inspired by fairgrounds and arcades from the 1980s.

The installation has remained for use by the students and staff of Central Saint Martins, who will be encouraged to utilise the many benefits of 5G through a programme of creative projects, key events and in a new 5G-connected laboratory, which Three is helping to reimagine within the college.

“The future of art, design and fashion is intrinsically linked with the evolution of tech,” says Jeremy Till, head of Central Saint Martins. “[Our partnership with Three] is an enormously exciting collaboration for both parties and one which will allow our students to speculate on yet unheard possibilities in the creative use of 5G.”