Growing pressure from government and consumers is forcing organisations to ensure their buildings are environmentally friendly. Those who regard this as an opportunity rather than a burden are seeing benefits in their bottom line as well as their reputation 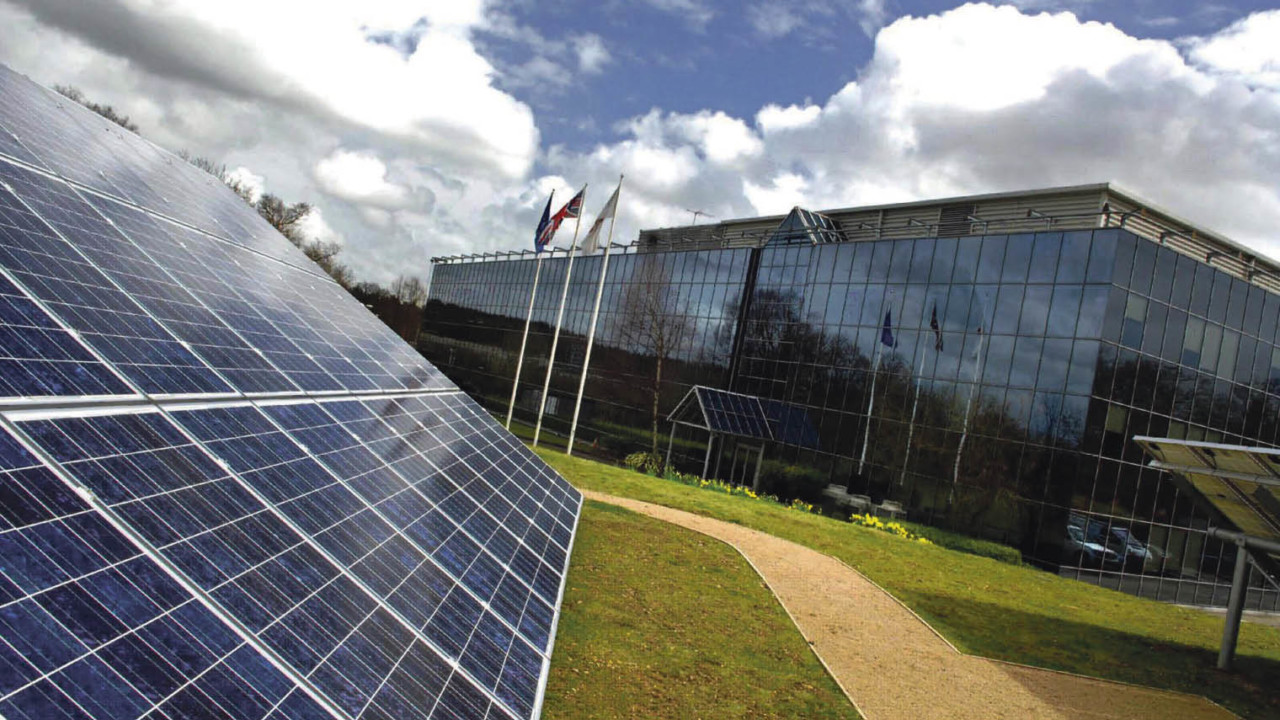 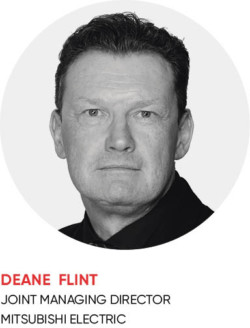 Kingston Heights in south-west London stands just 200 metres from the River Thames, but attractive walks along the riverbank are not the only benefits that the Thames offers the residents of the development’s 56 affordable homes and 81 luxury apartments. It also provides them with heat.

Using advanced heat pump technology developed by Mitsubishi Electric, the community heating scheme harvests renewable energy from the sun that is stored in the river water and boosts it to the temperatures required for underfloor heating and hot water in bathrooms and kitchens.

The development also links to the 142-bedroom hotel next door and uses excess energy from the commercial air conditioning to supplement the apartments’ domestic heating in what is known as an energy loop.

“A heat pump can deliver renewable heating for an individual home, an apartment block, a network of buildings or even a whole community scheme,” explains Deane Flint, joint managing director, Mitsubishi Electric. “At its core, a heat pump uses a similar heat transfer process as a very familiar item, the kitchen fridge, so it is a proven, reliable technology.”

The scheme at Kingston upon Thames is estimated to save around 500 additional tonnes of carbon from being released into the atmosphere each year and heats a one-bedroom flat for about 18 per cent less than it would with conventional gas heating.

Increasingly government and regulators are demanding that companies cut their CO2 emissions and comply with stricter environmental regulations, such as the Minimum Energy Efficiency Standards (MEES), which will affect commercial properties from the end of 2018.

Emissions from homes and commercial properties need to be completely removed by 2050 for the UK to meet our national targets.  Kingston Heights offers an example of how green tech can both satisfy environmental requirements while saving money – and what works for a residential development is also highly applicable to commercial buildings.

As well as legislation, government is backing renewable technology, such as heat pumps through the Renewable Heat Incentive (RHI), which pays for every kilowatt of renewable heat a system produces. The domestic RHI runs to seven years of payments, whereas the commercial version entitles the business to 20 years of RHI payments.

In addition to carrot and stick from government, there is a growing popular demand for action to reduce CO2 emissions. According to a survey by the Carbon Trust, published in November, more than half of consumers (56 per cent) say they would feel more positive about a company that has reduced the carbon footprint of its products and 37 per cent say it’s important for them to know businesses they buy from are taking action.

“Whether businesses see all this as a burden is neither here nor there in some ways as legislation such as MEES will force their hand before too long,” says Mr Flint. “The most forward-thinking companies though have already embraced low carbon technology and taken this as an opportunity.

“When you consider the challenges the world faces to deal with climate change and manage fuel security and affordability, we believe everyone has a part to play, whatever their role in constructing and managing building stock. But it goes beyond simply increasing the efficiency of the fabric of buildings, important though that is – new technologies and new ways of thinking are needed. Collaboration and dialogue are key.”

To this end, Mitsubishi Electric developed its Green Gateway philosophy as a forum in which everyone involved in the construction and maintenance of buildings can share ideas and learn about new technologies.  In keeping with the Green Gateway principle of doing the right thing, the company is practising what it preaches as it refurbishes its own headquarters in Hatfield, Hertfordshire.

Over the last eight years, for instance, it has installed an air conditioning system that allows it to cool and heat different parts of the building at the same time. Heat rejected from the server room can be used to keep staff warm in other parts of the building. When the gas boiler needed replacing the building managers made a case for removing gas from the site altogether and adding a heat pump boiler to the air conditioning to use rejected heat energy to supply hot water for the kitchens. Photovoltaic cells on the roof supply the building with electricity and sell any excess back to the grid. As a result, the building’s energy rating has now improved from E to B. 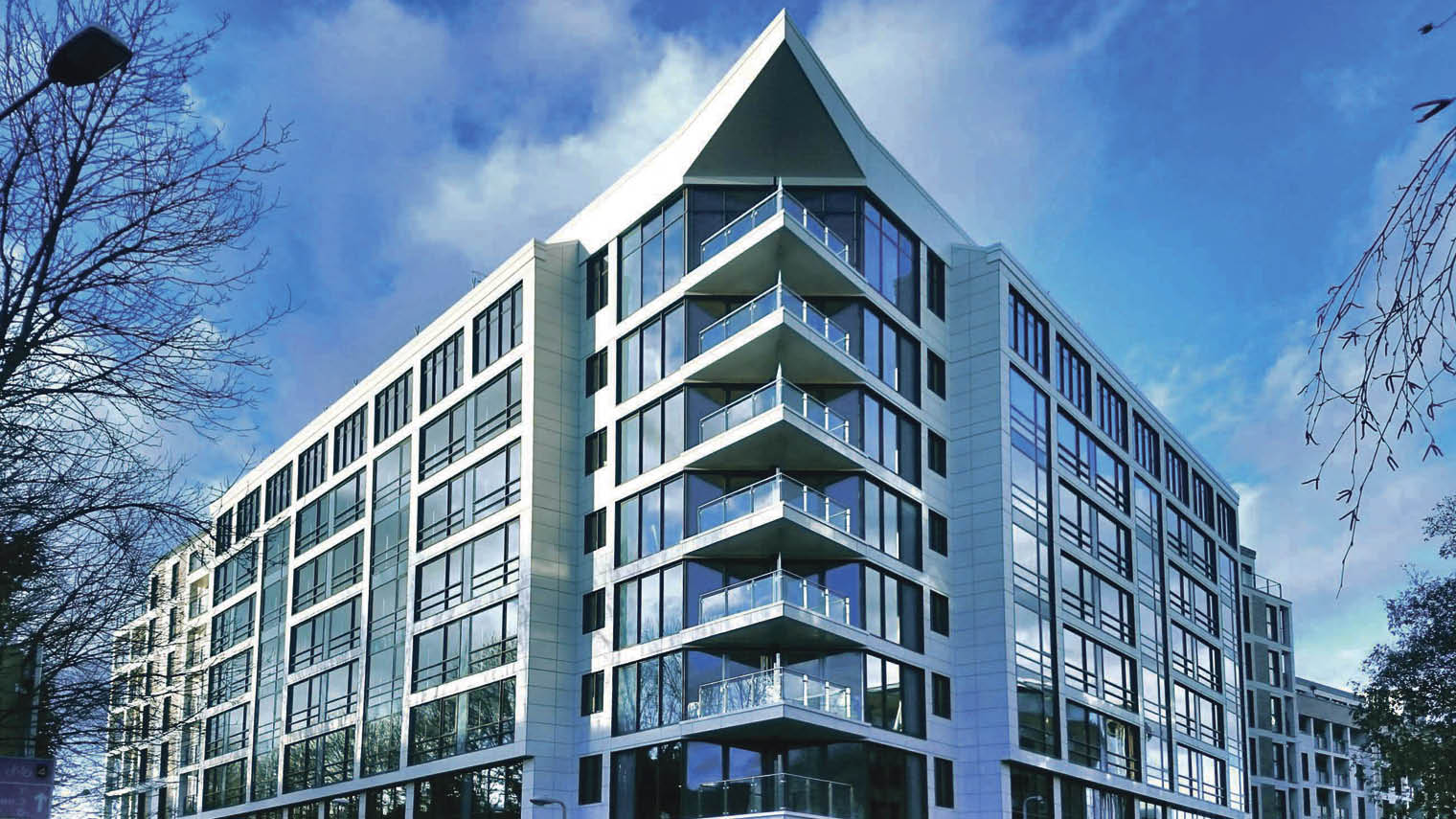 Mr Flint is keen to point out that the changes it has made have been on an incremental basis.  It takes a practical approach, exploring the low carbon, energy-saving opportunities that every routine refurbishment throws up. Most importantly, the company ensures it can make a sound business case for every green initiative.

“There’s no such thing as a ‘green building’ anymore – every building can and must reduce its CO2 emissions,” he says. “The technology needed to do this is more widely available, more affordable and cost effective than ever before. Every new building project and even a routine refurbishment or replacement offers opportunities to benefit from new technology to make a better building.”

Mitsubishi Electric has a mission to make it easier than ever for organisations to ensure their buildings are as environmentally friendly as possible. Its Ecodan Selection Tool, for example, is an app that offers an illustration for any project of carbon and cost-savings, along with the potential earnings from RHI.

“The standards being set over the next few years will be even more challenging than those currently facing industry and organisations are going to have to rethink some fundamental principles of their business,” says Mr Flint. “However, we believe these demands also present opportunities for those who are willing to embrace them and reap the rewards they offer.”

Mitsubishi Electric has developed a new website, which includes a detailed explanation of energy loops, for anyone involved in energy use within buildings www.thehub.mitsubishielectric.co.uk contains useful and informative articles from industry experts on issues affecting the built environment